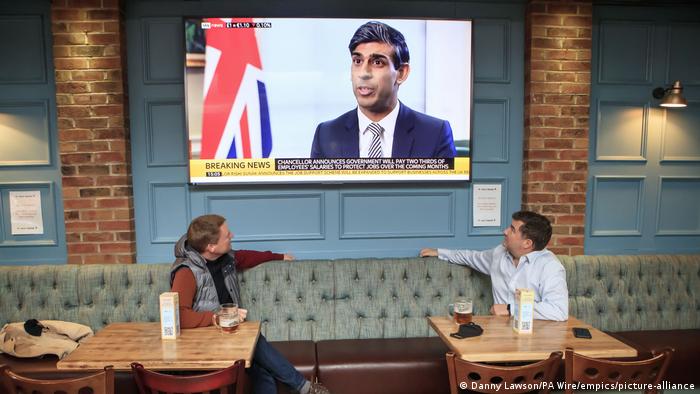 UK Chancellor of the Exchequer Rishi Sunak has had a busy period steering Britain's coronavirus-hit economy in 2020. In April he introduced the jobs retention scheme, commonly known as furlough, whereby the state covered 80% of workers' wages, or up to a maximum of £2,500 (€2,745) a month, for those unable to work at the height of lockdown.

On Friday last week (October 9), the British finance minister announced new plans to provide workers with income if they find themselves unable to work under new lockdown measures. Under the scheme starting in November, the British state will pay a maximum of 67% if businesses are closed, and 22% if they can open. The scheme is set to be reviewed in January. 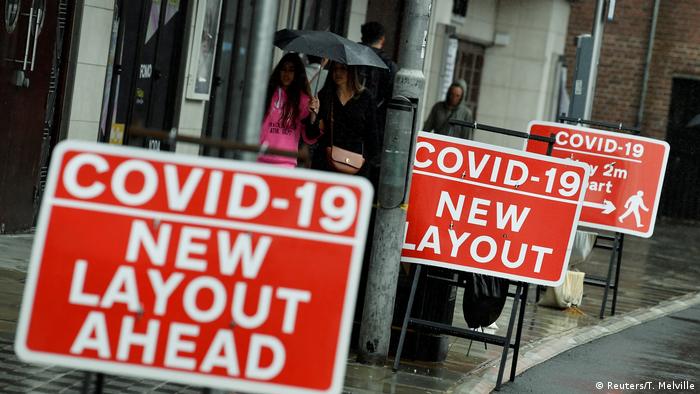 Such interventionist policies of the sort are unprecedented in Britain, particularly from the ruling Conservative Party, which traditionally favors market-led solutions over state subsidies. Schemes involving "money from the state" often elicit mixed responses in Britain.

"The furlough scheme was such a godsend for me," says Matthew Allen, formerly an employee at a company installing equipment at playgrounds and kindergarten. "I feel terribly sorry for people losing their job. Furlough really saved my family."

He says the original furlough scheme, with up to 9.7 million people receiving wages from the state, helped his own mental health at a time when being the "main breadwinner" at home was a challenge.

Read more: 'Eat out to help out' discounts in UK boost coronavirus-hit restaurants

Former barista Alex Pizzi agrees. "If it wasn't for furlough, I'd be in trouble," he says from his North London home. However, the Italian believes the UK government's support for those unable to work has major pitfalls, particularly for those working in the hospitality industry.

"Financial support schemes go towards businesses, not directly to individuals," says Pizzi. "When a company goes bust, vital financial assistance is cut off."

And that's exactly the problem he faces as he searches for work following redundancy and the closure of the cafe who had employed him.

"Hospitality businesses had a lot of expenses in July, buying all the PPE to make sure people were safe. But then the 10 p.m. curfew was introduced , so no-one in the industry is willing to invest in new workers. It's hard to be employed at the moment," he says. 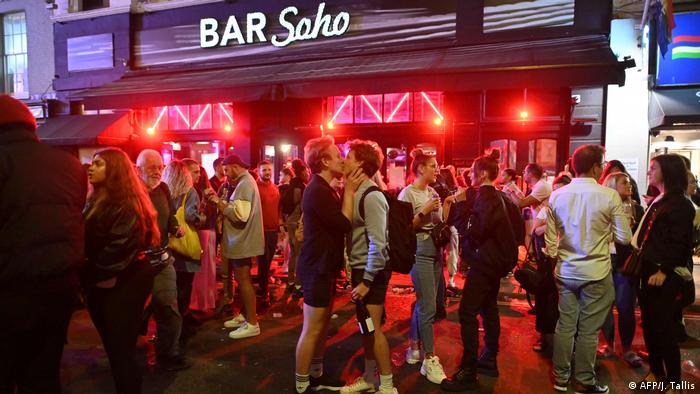 Pubs in England reopened on July 4 for the first time since late March, bringing cheer to drinkers and the industry. But amid rising infections the relief may be only temporary

Britain's hospitality industry has been particularly vocal about the need for a specific job support scheme for those working in pubs, bars, hotels and restaurants.

"Nobody likes it in the hospitality sector; it'll cost businesses more money," says Drew Mallins of the London Bartenders' Association. "If you squeeze businesses, there won't be jobs to have."

Increased safety costs, reduced footfall and a 10 p.m. curfew imposed on pubs and bars across England in September have been the "ultimate squeeze" pushing workers out of jobs, and thus receiving no state help.

Chancellor Rishi Sunak's job support scheme from November 1 will see workers receive a third of pay from the state, but only if businesses cover two-thirds with reduced pay. Mallins says the scheme is "unviable" for businesses remaining open and for the many young people who prop up Britain's events, arts and hospitality industry.

Production assistant and film studies graduate Bethany Cornelius is among them. Having been on furlough since March, she fears not being able to live on the chancellor's new scheme with film, theatre and other arts production companies unable to open.

"I'm clinging on to dear life for income. After November, I could possibly receive a month's notice. I don't think the new scheme is helpful in the long term," she says. "We need state support that is specific for the arts. Productions aren't happening because they can't get insured under coronavirus concerns."

The TUC, one of Britain's biggest trade unions, also fears young people falling through the gaps despite proposed state support. "The job support scheme was a positive step. But what's followed is not enough, particularly with the limited rights young people have under zero-hour contracts and the pressures on them to be in 'viable jobs'," says TUC employment rights expert Tim Sharp.

Adam Wilson trains up to 100 staff across The Liars Group, a collection of bar and dining venues in Manchester. He feels Sunak has adopted "linguistic trickery" to promote new job support schemes.

"His [Sunak's] statements are based on a gross misunderstanding on how our economy, and industry, functions. For example, we got people working only 3% of their hours, but we still have to pay their full wage," he says, and adds: "This, alongside the double-edged sword of pub curfews and the government saying hospitality is a hotbed of infection, has knee-capped us."

A quick search online shows British broadcasters and newspapers describing November's job support scheme as "German" in its model. Germany's "Kurzarbeit" short-time work scheme was first introduced during the 2009 global financial crisis and has been dubbed a success by the likes of the International Monetary Fund.

But just how German is Britain's 2020 winter jobs support scheme?

The maximum duration of the German short-time work program recently has been extended to 21 months. Britain's version will only last for up to six months.

"Where the UK scheme differs from Germany is that it requires a lot more contribution from the employer, which is clearly a barrier to success," says Sharp. "What's notable is that other countries are taking a far more long-term approach compared to the UK."

Sharp feels that Britain's political leaders are doing "the minimum needed to give workers confidence to plan ahead" and hopes the UK government introduces a "far more generous level of state support: a combination of being able to do short-time working and furlough."

"We see this in Europe ... we need this here in Britain," Sharp adds.

Critics of Sunak's new plans say he has left many unwarranted gaps in Britain's shift towards state-support work schemes. His supporters say the chancellor has shown an ability to be agile and take inspiration from Europe.

Whatever position one takes, it most certainly is an unprecedented level of state subsidy for Britain. How far it goes remains to be seen.

Former treasury chief Rishi Sunak and Foreign Secretary Liz Truss will go through to the final stage of the UK's leadership contest. Trade Minister Penny Mordaunt came in third and has been eliminated.

British Prime Minister Boris Johnson and his finance minister, Rishi Sunak, are to be fined by police for breaking COVID-19 lockdown rules. The leader of the UK's main opposition party has called for both to resign.