The United Kingdom has granted asylum to Sudanese refugee Abdul Haroun. The man made headlines in August after walking 50 kilometers through the Channel Tunnel from France in a desperate bid to reach Britain. 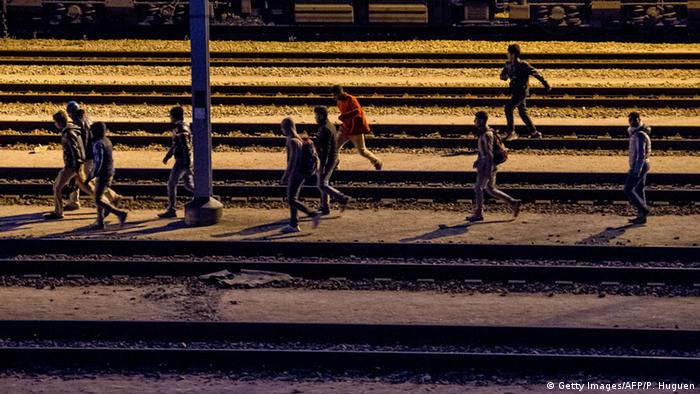 Haroun was arrested on August 4 and charged under the obscure 19th century law against obstructing a railway line. He has been held in prison since then until his trial on Monday. His hearing took place at the Canterbury Crown Court, where Haroun appeared by video link from his prison.

Prosecutor Philip Bennetts said that Haroun had been granted asylum on December 24, 2015. He requested 14 days for the prosecution to reconsider its case in light of this, suggesting that the charges against the migrant might now be dropped.

Judge Adele Williams granted the request and adjourned the case to January 18. Haroun was also granted bail immediately after his lawyer convinced the court that the prosecution did not oppose his release.

Thousands of migrants have been camping for months at Calais in France, near the opening of the Channel Tunnel (or "Chunnel") undersea railway, connecting France and England. Most attempt to cross the Chunnel by boarding trains or trucks.

Haroun, 40, is the first migrant known to have made it by foot across the tunnel to Britain. His walked some 50 kilometers (31 miles) for 12 hours, in a tunnel where trains travel at up to 160 kilometers per hour (99 miles per hour).

He was arrested immediately upon arrival in England under an archaic 19th century law, prompting many refugee rights organizations to accuse British authorities of setting an example to prevent more refugees form coming in.

The Sudanese speaks Zaghawa, a language spoken in Darfur, which has been ravaged by war and conflict between government and rebel forces for more than a decade.

A young African was hit by a freight train as he was trying to cross to England from the French side of the Channel Tunnel. Thousands of migrants are camped near Calais, hoping to enter the UK. (24.09.2015)