Bringing bikes to the streets of Buenos Aires

Three million commuters drive through the streets of Buenos Aires each day, turning it into a traffic inferno. But one devoted cyclist believes he can get half the city's motorists out of their cars and onto bikes. 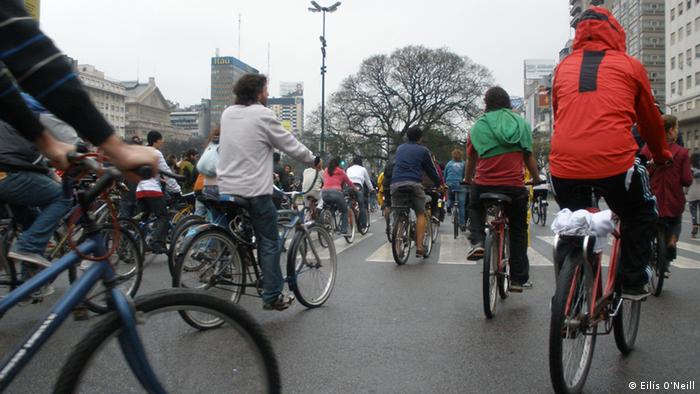 Mati Kalwill is energetic and outgoing. When strangers ask him about his colourful folding bicycle, he spends a lot of time chatting and laughing with them. The 31 year-old Argentinian is the founder of "La vida en bici", which means 'life on a bicycle' and he has devoted himself to transportation activism.

Kalwill only spends his money in businesses that have bike-friendly policies. Today he's drinking coffee at a café that gives free lemonade to cyclists. He arrived, of course, on his bike. The activist has 18 two-wheelers in total.

Kalwill's love of bicycles started when he was seventeen years old. He rode his bike to school each day and thought it was so much fun, that he and his friends started to organize bike-themed parties. 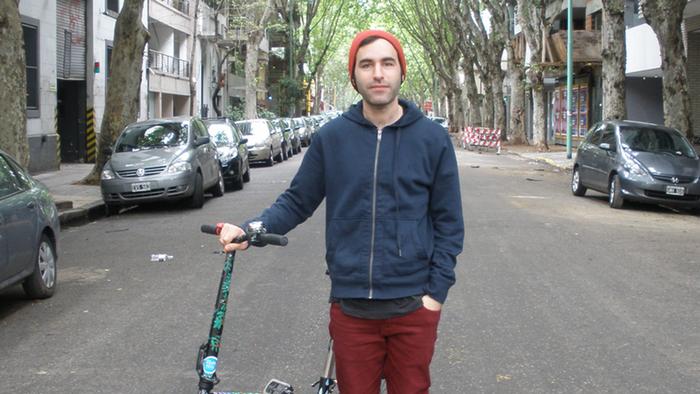 "Cycling turns the city into a playground. Going from one place to the other becomes an experience you look forward to. Enjoying the public space and getting involved is the best way to take better care of it."

Kalwill isn't alone in his devotion to biking. Every month, he meets with other cyclists and they go for a massive group ride through the streets of Buenos Aires. The leaderless organization calls itself Masa Crítica, meaning 'critical mass'. They want drivers to be more aware of cyclists and they want the government to build better bike lanes.

Hundreds of cyclists take part in the monthly bike rally. Sometimes the riders get dressed up in costumes and ring their bells to get as much attention as possible. Several of the bikes have license plates that read "un auto menos", which translates to 'one car less'.

The ride starts from Nueve de Julio Street. Often, there are enough cyclists to block six traffic lanes, which annoys the drivers waiting to get through. 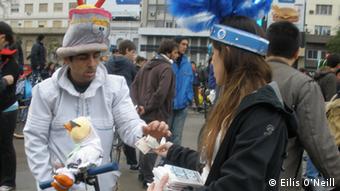 Kalwill says he feels safe riding in the city, but he's a very experienced rider. He says most people feel insecure on the streets of Buenos Aires, because the lanes weren't designed with cyclists in mind. "Even though part of our job is to encourage people to ride, it's more about changing the rules of the game," he told DW.

When asked about his vision for the future, Kalwill says he imagines cities that have more bike lanes than car lanes. He imagines broad education programs in which students of all ages learn how to ride safely and navigate busy streets. With a little innovative thinking, Kalwill believes city officials could create his ideal world and put biking infrastructure in place without spending too much money.

"Digging four hundred meters into the street to build this huge infrastructure for subways - that's difficult. Putting bike lanes and bicycles everywhere is not. The real challenge is getting society on board with you."

Just over two years ago, the City of Buenos Aires launched a program to build a network of bike lanes around the city. They also have plans for a bike-borrowing program, allowing residents to use city cycles for free. Paula Bisiau, the program's director, biked everywhere when she lived in Paris, but she never tried it in Buenos Aires until the city started to build bicycle lanes. 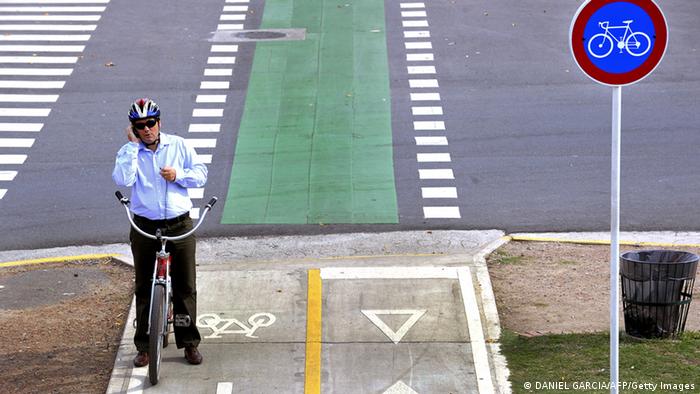 Paula Bisiau says the new bike lanes are convincing more people to take up biking. Lane usage has quadrupled in the past three years. In addition, the number of fatalities from cycling accidents has dropped from around ten per year to just three deaths over the past three years.

Still, Mati Kalwill says there's a lot more work to be done to make the city safe for cyclists. He hopes that by 2030 more than half of Buenos Aires' residents will use bicycles to get around the city. "Cycling builds healthier cultures. Healthier in so many ways: in terms of sustainability, in terms of economy, in terms of health."

Kalwill is already seeing results. Last month, he persuaded 21 of the city's 60 legislators to sign a promise make biking in the city safe, efficient and accessible.

New bike highways to save time and energy

Whoever has been stuck in traffic knows that cars costs time, nerves and money. Politicians now want to set up a bicycle highway in Germany to encourage more commuters to choose their bike over their car. (06.08.2012)

Cycling gets a boost in Buenos Aires