Brexit: What happens next?

British Prime Minister Theresa May's Brexit deal has been rejected in an overwhelming loss by 230 votes in the UK parliament, so what happens next? 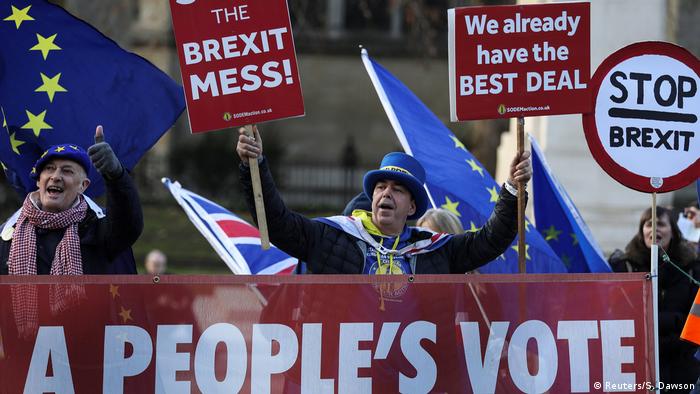 The UK parliament on Tuesday voted to reject an agreement on Britain's withdrawal from the European Union, in the biggest ever defeat of a modern government in the House of Commons. It was a major blow to Prime Minister Theresa May and her Brexit plans.

Lawmakers in the parliament's lower House of Commons voted by 432 to 202 to reject the withdrawal agreement. The loss by 230 votes far exceeds the previous record for a defeat which was held by the Labour government of Ramsay Macdonald, crushed by 166 votes in 1924. 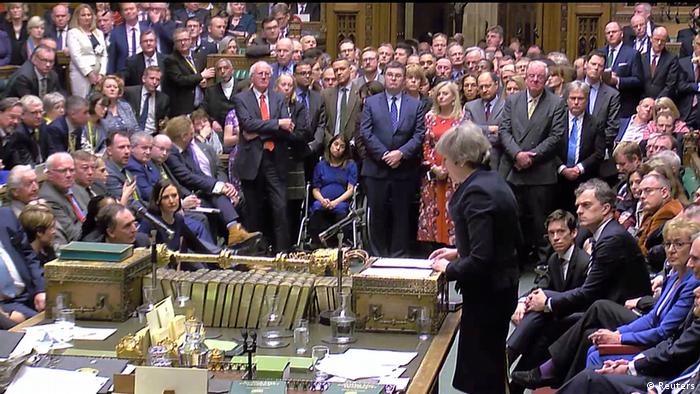 May speaking to a crowded House of Commons

"The house has spoken and the government will listen," May said, immediately after the vote.

"It is clear that the house does not support this deal but tonight's vote tells us nothing about what it does support," May added.

What will happen next

May to hold cross-party talks

The immediate prospect for May is a cabinet meeting with her ministers on Wednesday morning when she may be encouraged to resign due to the magnitude of the defeat in the House of Commons.

If she is encouraged to stay on as premier, she will face a vote of confidence after Prime Minister's Question Time in parliament at midday.

If May survives that, her office has said her ministers will contact her own Conservative back-bench MPs and senior members of opposition parties to find some basis for support, using her defeated deal as a starting point. 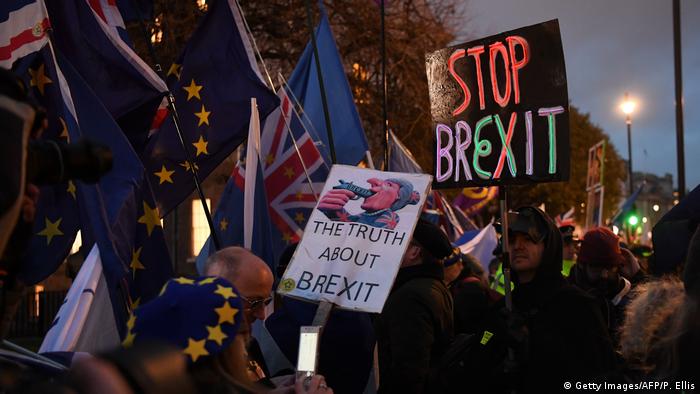 Pro- and anti-Brexit demonstrators were outside parliament during the vote

The European Union will intensify its preparations for a scenario in which Britain leaves the bloc without a withdrawal agreement, European Commission President Jean-Claude Juncker said Tuesday.

"The risk of a disorderly withdrawal of the United Kingdom has increased with this evening's vote," Juncker said in a statement following the British parliament's rejection of a Brexit deal with the EU.

"While we do not want this to happen, the European Commission will continue its contingency work to help ensure the EU is fully prepared," Juncker said.

Belgium's Prime Minister Charles Michel said on Twitter his country was also stepping up its planning for a Brexit no-deal. 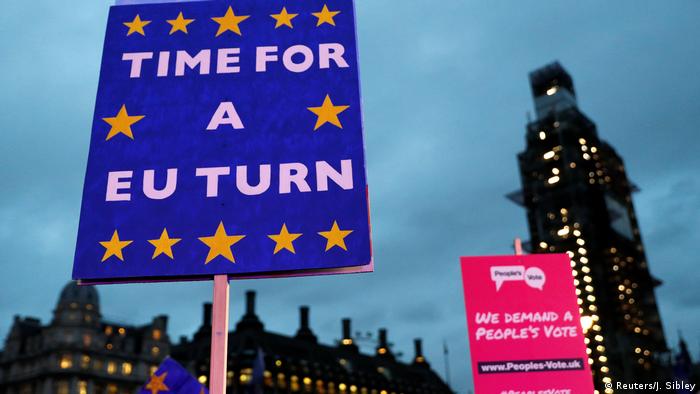 The calls for another vote on Brexit have increased

EU Council President Donald Tusk said the only positive solution after the British parliament decisively rejected May's Brexit agreement is for Britain to stay in the EU.

"If a deal is impossible, and no one wants no deal, then who will finally have the courage to say what the only positive solution is?" Tusk tweeted after the vote.

The Day with Brent Goff: Not Her Brexit!