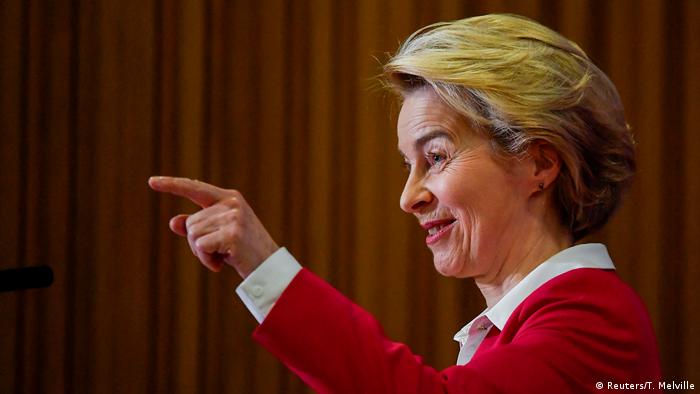 European Commission President Ursula von der Leyen on Wednesday warned the UK that it will no longer get the "highest quality access" to European Union markets unless compromises are made in Brexit negotiations.

"There will be tough talks ahead and each side will do what is best for them," she said while speaking in London ahead of talks with UK Prime Minister Boris Johnson.

"Without a level playing field on environment, labor, taxation and state aid, you cannot have the highest quality access to the world's largest single market," she added.

The UK is due to exit the European Union on January 31, when it will enter an 11-month transition period. Wednesday marks the beginning of a series of trade negotiations that will define this period.

Von der Leyen, along with many other top EU diplomats, is skeptical of the time frame.

"Without an extension of the transition period beyond 2020, you cannot expect to agree on every single aspect of our new partnership. We will have to prioritize," she said in London.

In a tweet, the EU chief said the UK's scheduled departure on January 31 would be "tough and emotional."

Von Der Leyen spoke spoke with Johnson later in the day at the prime minister's home in Downing Street. However, no statement was issued to the press about the encounter.

Johnson's office said the meeting had been a positive one, but that the prime minister had made clear to von der Leyen that there was no prospect of extending the transition period.

Members of the European Parliament are also expected to put pressure on the UK to allow freedom of movement for EU citizens.

"There are clear expectations that the more we work together the more freedom of movement has to be maintained," said David McAllister, a German MEP and chairman of the foreign affairs committee.

"The British government has to know: The more access to the internal market it wants, the more freedom of movement for citizens and mobility is necessary," he added.

Von der Leyen and Johnson had also been also expected to discuss the situation in the Middle East at their Downing Street meeting. Von der Leyen earlier tweeted "The use of weapons must stop NOW to give space for dialogue."