The EU's Michel Barnier and UK's David Davis have agreed to meet next week to start talks on Britain's departure from the bloc. Theresa May has still not sealed a deal for the DUP to support her minority government. 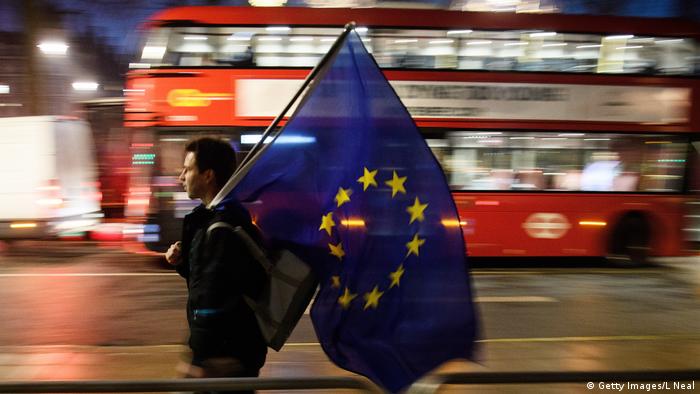 In a joint statement, the EU and UK said the Brexit talks would be going ahead, starting on Monday and apparently in English, if they follow in the style of the Twitter comments from the European Commission:

"David Davis, Secretary of State for Exiting the European Union, and Michel Barnier, the European Commission's Chief Negotiator, agreed today to launch Article 50 negotiations on Monday, 19 June," according to the statement issued on Thursday afternoon.

Since last Thursday's UK general election when the Conservative party headed by Prime Minister Theresa May failed to win a parliamentary majority, there have been concerns the start of the Brexit talks would have to be delayed.

May and her government are trying to come to terms with Northern Ireland's ultra-conservative Democratic Unionist Party (DUP) to prop up her 317 Members of Parliament (MPs) in the 650-seat House of Commons. The DUP have 10 seats, enough to give May's Tories a slim majority if they back them on every vote.

May is believed to have reached a "broad agreement" with the DUP although a deal has yet to be announced. The state opening of parliament when the Queen reads a broad outline of the government's program is expected to take place two days late - on Wednesday.

A majority of voters in Northern Ireland - 56 percent to 44 percent - elected to stay in the European Union in last year's referendum. However the DUP backed the leave option.

Northern Ireland's frontier with the Republic will be the UK's only land border with the EU once the Brexit deal is completed.

DUP leader Arlene Foster has said she is keen to secure a "frictionless" border with Ireland and has spoken out against a "hard Brexit."

"What we want to see is a workable plan to leave the European Union, and that's what the national vote was about – therefore we need to get on with that," Foster said recently. "However, we need to do it in a way that respects the specific circumstances of Northern Ireland, and, of course, our shared history and geography with the Republic of Ireland." The DUP is believed to want a comprehensive free trade and customs agreement with the EU and arrangements to facilitate ease of movement of people, goods and services.

There have been concerns, raised by a range of politicians from Irish Republicans in the left-wing Sinn Fein party which is active throughout Ireland to the Conservative former prime minister John Major, that May's government could not play the role of "honest broker" in talks in Northern Ireland if it has formal ties with the DUP.

The 1998 Good Friday Agreement commits the UK and Irish Governments to demonstrate "rigorous impartiality" in all their dealings with the different groups in Northern Ireland.

The power sharing agreement involving the DUP and Sinn Fein at the Stormont assembly in Northern Ireland collapsed in March over the DUP's refusal to hold a public inquiry into a renewable heating funding scandal.

Sinn Fein parliamentarians were also in London on Thursday to raise concerns with the British government that the Conservative-DUP deal could prevent the restoration of power sharing in Northern Ireland.

Ahead of the talks, Michelle O'Neill, Sinn Fein's leader in the Northern Ireland Stormont assembly, said: "I will be making it very clear that any deal between the Tories and the DUP cannot be allowed to undermine the Good Friday and subsequent agreements."

O'Neill said in a statement that both London and Dublin must "recommit to the word, spirit and implementation of the Good Friday Agreement" if power sharing at Stormont is to be re-established, she said.

"Progress will not come from a deal between the DUP and Tories to prop up a Government in Westminster with an austerity and Brexit agenda," the Sinn Fein leader added.

After talks with Prime Minister May, Sinn Fein President Gerry Adams said via Twitter: "We told the British PM that her government is in default of the Good Friday [Agreement]. It also needs to ensure that any arrangement with the DUP is public."

Senior politics lecturer at Surrey University Simon Usherwood raised the same issues: "The main concern is going to be that if there is a Conservative-DUP deal, then can the British government continue to play the role of a honest broker in the restoration of a Northern Ireland executive," he queried. "The risk is that Northern Ireland continues to fail to find solutions, and potentially the peace process unwinds," Usherwood said.

The UK's Brexit Minister David Davis has defended Prime Minister Theresa May after an electoral setback that cast doubt over prospects of a hard Brexit. May will Monday try and convice party MPs she should remain leader. (12.06.2017)

'A most uneasy alliance': DUP expert on Tory's new partner