Downing Street has said that free movement of people to Britain from the EU will end in March 2019 after Brexit. The remarks come after ministers gave conflicting views on how Britain's divorce from the EU should look. 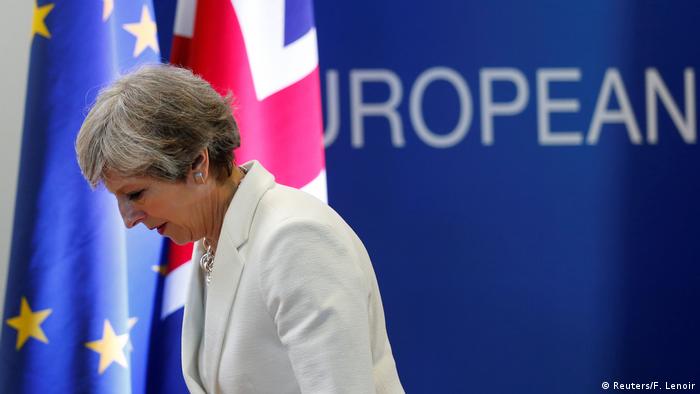 British Prime Minister Theresa May on Monday ruled out an "off-the-shelf"transition deal with the EU, after senior ministers said they expected Britain's current arrangements with the bloc to continue for at least two years after Brexit.

Since Theresa May lost her parliamentary majority in last month's general election, ministers in her cabinet have come out with conflicting views over how they foresee Britain's post-Brexit relationship with the EU.

However, Downing Street appeared to pour cold water over such hopes on Monday. A spokesman for the Prime Minister said Monday that the government's position on Brexit remained as it was set out in May's January speech, in which she announced Britain would not seek "some form of unlimited transitional status."

"Free movement will end in March 2019," May's spokesman told reporters. "Other elements of the post-Brexit immigration system will be brought forward in due course. It would be wrong to speculate on what these might look like or to suggest that free movement will continue as it is now."

May's spokesman also said that the government had already set out its proposals for the rights of citizens of EU countries after March 2019.

Current EU laws stipulate that EU citizens are allowed to live and work freely in any member state.

Concerns surrounding immigration were a key driver in Britain's vote last year to leave the EU. Since then, the rights of some 3.5 million EU citizens living in the UK and around 1.5 million British people on the continent has become a key sticking point in the Brexit negotiations.

Brussels had indicated that any transitional arrangement following Brexit would see Britain lose its EU voting rights but still need to continue paying budget contributions, remain under the jurisdiction of the European Court of Justice and accept free movement of EU citizens.

However, May has made the ECJ a red line in the Brexit negotiations. The Prime Minister has repeatedly vowed to end the Luxembourg-based court's jurisdiction in the UK, while Brussels has said it wants the court to be able to guarantee the well being of EU citizens in the UK beyond Brexit.

That clash has dragged out negotiations on citizens' rights and complicated hopes of a smooth Brexit deal.