The latest round of talks on the UK's exit from the EU ended with both sides exasperated. Negotiators are stuck on key issues surrounding fishing and competition rules. 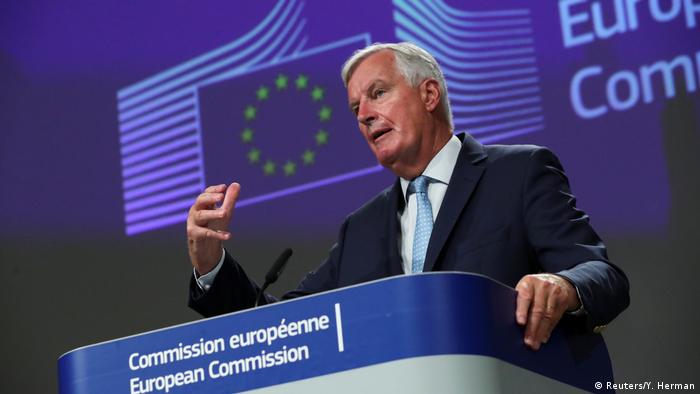 The EU's chief post-Brexit negotiator Michel Barnier was left 'disappointed' at the slow pace of the trade negotiations about the UK's exit from the European Union, while his UK counterpart David Frost said the EU made talks "unnecessarily difficult."

"Those who were hoping for negotiations to move swiftly forward this week will have been disappointed," said Barnier. "Unfortunately, I too am frankly disappointed and concerned."

"The clock is ticking," he warned.

Trade discussions between the EU and UK began after Britain officially left the bloc in January.

Both sides are pushing to have a deal in place by the end of a post-Brexit transition period that ends on December 31. The EU said this requires an agreement by October – in two months' time.

If no deal is struck by then, trading relationships between the two sides will have to use minimum standards set by the World Trade Organization that will see tariffs raised.

"No progress whatsoever" had been made on fisheries, said Barnier. Fair competition rules were also proving to be a sticking point.

"Too often this week it felt as if we were going backwards rather than forwards," said Barnier.

His UK counterpart David Frost countered that Brussels' insistence that London meet EU demands on state aid and fisheries policy before work on other areas made it "unnecessarily difficult to make progress."

A deal remained possible and was Britain's aim, said Frost but: "It is clear that it will not be easy to achieve."

Beyond the biggest stumbling blocks of fisheries, fair competition, and state aid rules, the two side are also finding it difficult to agree on migration, security, dispute-settling mechanisms and human rights guarantees.

The next round of talks will be held in London during the second week of September.