The UK has unveiled new legislation toward its desired Brexit. The EU (Withdrawal) Bill isn't scheduled for debate until autumn - and discussion is likely to be quite spirited, with the opposition pledging amendments. 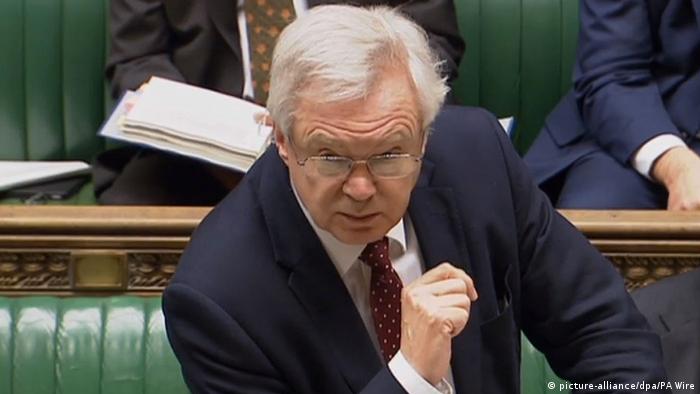 The British government has introduced its EU (Withdrawal) Bill, commonly referred to as the "great repeal bill." The legislation aims to convert thousands of pieces of EU law into British statute ahead of the day that the United Kingdom leaves the bloc in March 2019.

The 66-page bill would repeal the 1972 European Communities Act and set forth which EU regulations would become British law, as well as designate the domestic powers that would, for example, deal "with deficiencies arising from withdrawal" and how the United Kingdom would comply with its international obligations. According to the bill, the government would have two years to address said deficiencies.

The bill is set to be debated in the autumn. Scrapping the European Communities Act could prove daunting as opposition parties were already planning amendments before its release.

"The government cannot use the great repeal bill to get their way," said Tim Farron, the leader of the Liberal Democrats, who were in a coalition with the ruling Conservative party from 2010 to 2015. "If you found the Article 50 Bill difficult, you should be under no illusion: This will be hell," he added, referring to the parliamentary debate that preceded the kick-starting of Brexit proceedings.

Ahead of the bill's introduction, Brexit Minister David Davis said the legislation would ensure that the UK maintained a "fully functioning legal system" after leaving the EU. "This bill means that we will be able to exit the European Union with maximum certainty, continuity and control," he said in a statement.

In position papers released separately on Thursday, the government also fleshed out its stance on nuclear energy, justice and other matters before the first full round of talks with EU officials next week. The country would quit the bloc's nuclear regulator, Euratom, and no longer fall under the jurisdiction of its courts. The government pledged to make the transition from EU membership as smooth as possible and foresaw a transitional period to help ease the winding up of the bloc's operations in Britain.

"The scope and duration of such a transitional period may be different for different types of asset or agency," the government acknowledged. In a separate paper, leaders claimed that EU officials had informed Britain that it would need to leave Euratom because the treaties governing the agency and the bloc were "uniquely legally joined."

Prime Minister Theresa May and members of her government have pledged tough negotiations with the EU to deliver on the narrow pro-Brexit result of the June 2016 referendum.