Breaking Codes But Not The Box Office | Europe| News and current affairs from around the continent | DW | 18.05.2006

Breaking Codes But Not The Box Office

There was only one topic on people's lips when the Cannes Film Festival kicked off on the Riviera Wednesday. "The Da Vinci Code" might be one of the most talked-about films of the year, but the critics have crucified it. 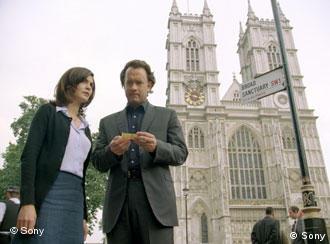 Tom Hanks and Audrey Tautou star in this towering flop

Based on author Dan Brown's 2003 thriller which has been translated into 44 languages and sold over 50 million copies, "The Da Vinci Code" opened the Cannes Film Festival Wednesday amid the usual glitz, glamor and hype.

But the movie about "the greatest conspiracy of the last 2000 years" looks set to be one of the greatest flops of 2006.

In it, a renowned Harvard symbologist is summoned to the Louvre Museum in Paris to examine a series of cryptic symbols relating to Da Vinci's artwork. When he breaks the code, he uncovers the key to one of the most baffling mysteries of all time and becomes a hunted man.

Hollywood expected it to be a guaranteed crowd-pleaser -- but audiences in Cannes begged to differ. 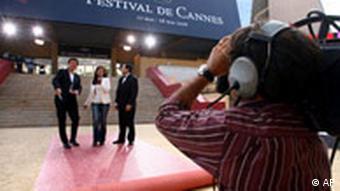 Despite the major buildup, expensive marketing campaign and A-list stars, the premiere ended up producing more snickers than gasps from the assembled journalists and movie critics. The general public might have been a little more forgiving, but few reviewers had anything good to say about what's been billed as the most eagerly-awaited movie of the year.

Both the book and the film version of "The Da Vinci Code" have been fuelled by controversy right from the start.

As the film's publicity engine gathered momentum in recent months, religious groups began calling for a ban, or at least a disclaimer explaining that the plot was purely fictional. 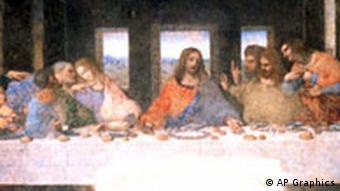 Many were insulted by the central concept, which revolves around the theory that the Catholic Church covered up the fact that Jesus married Mary Magdalene, creating a lineage that still exists today.

Most of the criticism wasn't even ideological. Others took offense simply because Brown's book is so, well, bad.

"It's a truly awful book riddled with mistakes," said German publisher Michael Krüger. "It's neither a well-told story, interesting, nor anything at all."

But after Wednesday's debacle, the churches at least are breathing a sigh of relief. They're confident that viewers won't confuse fact with fiction. 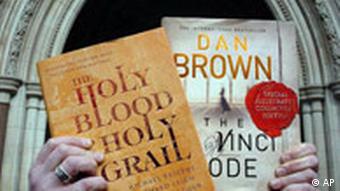 The book has divided the critics

"The Jesus portrayed (in the movie) has nothing to do with the historical Jesus," said Georg Schöllgen, a professor of religious history in Bonn, Germany. "The fictional one is sexually active, married, and pioneered women's emancipation by making his wife a priest. Sure it's fascinating, but it's a bit too simplified."

Experts have also argued that Brown hasn't checked his facts, especially regarding the relationship between Jesus and Mary Magdalene. "It's complete fabrication," said Schöllgen. "There is no mention of this at all in the New Testament. Dan Brown cites his source as the Gospel of Philip from the 2nd century AD, but even then the theory is unsubstantiated. It's definitely a stretch."

Brown himself, meanwhile, has defended the novel and said the churches should be happy because after all, his book sparked a renewed interest in Christian history and promoted spiritual discussion.

The success of his book appeared to happen almost overnight, but in fact, Brown worked hard to become one of Time magazine's most influential people in the world. After aborting a career as a pop star, he turned his hand to writing, only to be turned down by publisher after publisher. 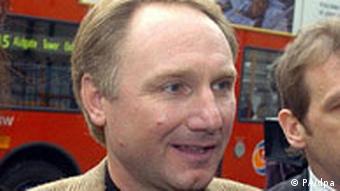 Dan Brown, one of the world's most successful writers

But with "The Da Vinci Code," he knew he was on to a winner. With all the successful ingredients for a bestseller, it was a pot-boiler about secret societies steeped in controversy and conspiracy. Now that he's found his formula, Brown is working on a new novel set in Washington. His fans will be eager to see if he can do it again, but Hollywood might not be so keen to see it turned into a film.

As Cannes gears up for its 58th Film Festival, Germany is breathing a sigh of relief that after years banished to the celluloid wilderness, its film industry is well-represented for the second year running. (May 10, 2005)

Rarely before have people read so much about Jesus. The religious thriller “The Da Vinci Code” has emerged as one of the most successful books of all time. Now, the Catholic Church is reluctantly taking a look at it. (March 24, 2005)

For all its stately solemnity, the funeral Friday of John Paul II means attention now moves to choosing a successor. Cardinals have more than a week to reflect before meeting for their secret conclave. (April 9, 2005)