Over 240 people were killed in January when a dam collapsed at a mine, releasing a wave of toxic sludge on a rural community. Brazilian mining giant Vale has now been handed its first conviction over the disaster. 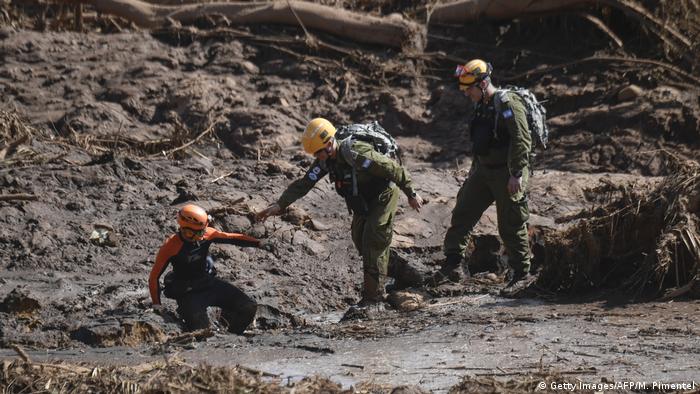 A Brazilian state judge ordered mining company Vale SA on Tuesday to pay for all the damage caused by a deadly containment dam collapse earlier this year.

Judge Elton Pupo Nogueira ordered the company to pay for repairing "all the damages caused by the tragedy," he said in a court statement. The damages include the fatalities and damage to the local environment and economy, he added.

He did not specify how much money the company should pay, saying the sum "is still not possible to quantify solely by technical-scientific criteria."

However, the judge maintained a freeze on 11 billion reals (€2.58 billion; $2.9 billion) of the company's assets to be used to cover the damages. 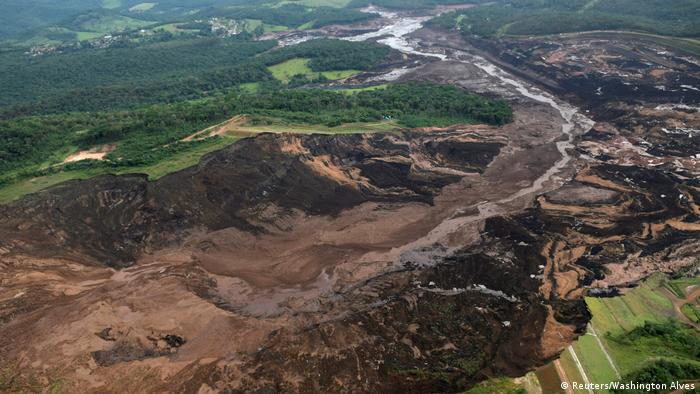 In a statement released following the ruling, Vale said it reaffirmed its "total commitment to fair and quick reparations for the damages caused to families, community infrastructure and the environment."

Tuesday's decision was the first conviction to hit Vale since the disaster.

On January 25, a containment dam at an iron ore mine ruptured in southwestern town of Brumadinho.

The rupture sent a wave of toxic mining waste and mud over the site and into the nearby town, covering miners and residents.

The official death toll stands at 248, although 22 people are still missing. The disaster was one of the worst industrial accidents in Brazil's history.