In Brazil, the extreme exploitation of workers has been shifting from rural areas toward the cities. In 2013, for the first time, more people were freed from slave-like conditions in urban centers than the countryside. 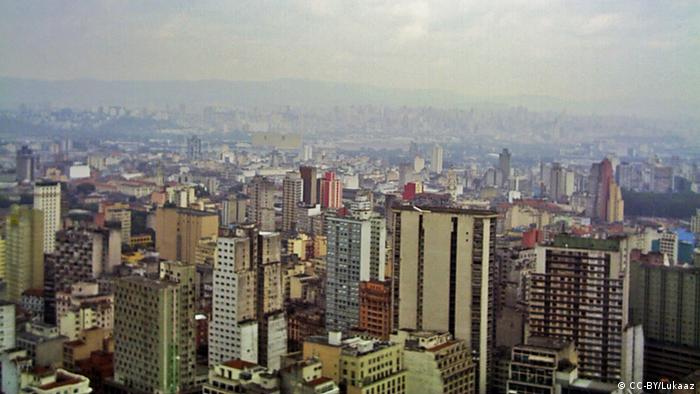 Last year 2,063 people were freed from slave-like working conditions in Brazil. Of those, 1,068 had been working in metropolitan areas, according to the latest report from Brazil's Ministry of Labor and Employment (MTE), which was released in mid-May. Most of the victims were working in the building industry.

"Earlier most of the reports [of slave labor] came from rural areas," recalls investigator Alexandre Lyra, head of the MTE division that deals with tracking down and eradicating slave labor. "In the past five years there has been an enormous increase in complaints from the large cities."

Over the past year, 849 cases of slave labor were uncovered during inspections of building sites. In agriculture and livestock farming, 618 people were found to be working in slave-like conditions. A further 596 people were freed in other sectors, including the textile industry.

The business of poverty

The number of forced laborers encountered in official inspections presumably gives only a small insight into the business of poverty. According to a statement from an investigatory committee of the Sao Paulo state parliament, there are about 10,000 illegal sewing workshops in the metropolis alone, involving 200,000 workers, many of them immigrants from Bolivia.

Slave-like working conditions have long been part of the Brazilian economy. In rural areas workers are mostly exploited in the manufacture of charcoal, forestry, animal husbandry and harvesting. In the cities, builders, textile workers and those forced into prostitution are among the victims of unscrupulous employers. "A month ago we freed 11 people who were working in slave-like conditions on a cruise ship," said investigator Lyra. 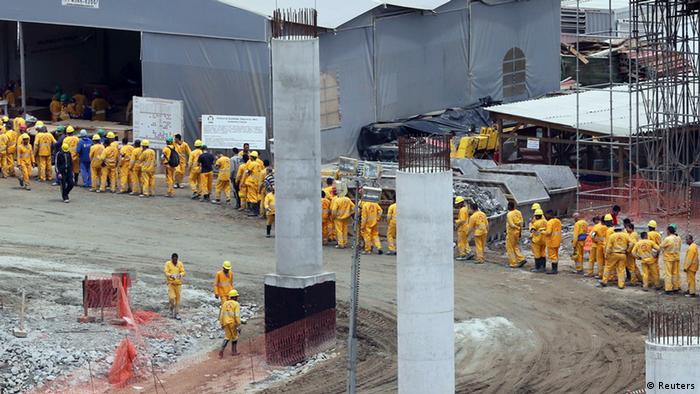 In 2013, an inspection revealed 111 people working in slave-like conditions on the expansion of Guarulhos airport in Sao Paulo

Since 1995, the Brazilian government has been taking action against modern slavery. Stronger controls and growing public pressure have meant that the number of victims has continued to decline (see graph).

The state of Sao Paulo is a pioneer in the battle against slave labor. In 2013 the state parliament there adopted an unprecedented set of regulations, whereby a company would lose its operating license for 10 years if slave-like labor conditions were proven to be found in its value chain.

Praise from the UN

"Brazil is an example of the successful combating of slave labor; It has strong control mechanisms," commended Luiz Antonio Machado of the UN labor agency ILO. Machado coordinates the national program to combat forced labor in Brazil. He thinks illegal immigration in particular is responsible for the growth in slave-like working conditions in the metropolitan areas. 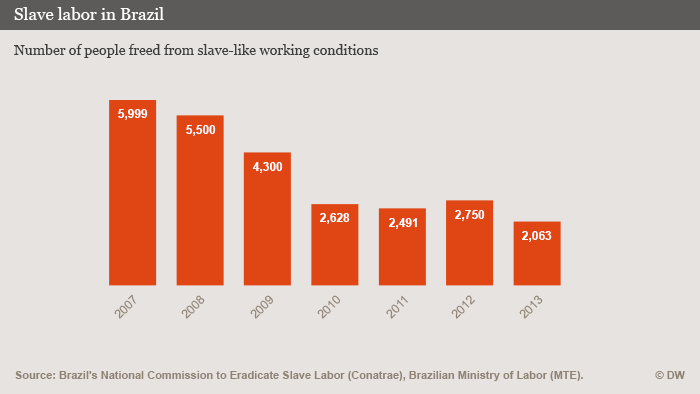 The Catholic Church has also voiced approval of Brazil's actions against forced labor. "The government is making an effort, but the gains in the struggle against forced labor are first and foremost down to the social movements," said Enemesio Lazzaris, Bishop of Balsas in the state of Maranhao and chair of the anti-slavery organization the Pastoral Land Commission (CPT). "The people are not giving up. They exert permanent pressure on the government, to make sure the government does its job."

But despite progress, the fight against modern slavery in Brazil has been slow. Experts believe one of the biggest barriers in the process is the sense of impunity, since at the moment cases against slave-like working conditions lapse after 10 years. "Brazil's judiciary works slowly," ILO coordinator Machado said. "Anyone who is not punished after 10 years, has nothing to fear."

Further weak points include a lack of intelligence information about the different forms of forced labor as well as care for victims once they are freed. "In Brazil, a large part of the population is still lacking education and prospects for the future. Many believe that they have no other choice and allow themselves to be misled by false promises," investigator Alexandre Lyra said. That mindset does not change after workers are freed, he added.

Even in Brazil's congress the fight against slave labor comes up against political opposition. For the past 15 years a bill has been on hold that would allow for the compulsory acquisition of properties at which slave labor has been proven. "The members of parliament who represent the large property owners need a lesson in the catechism," said Bishop Enemesio. "They bedevil our country."

Even the UN labor agency was surprised by the results of its report on forced labor. The organization found that the illicit practices generate $150 billion yearly. DW spoke to the ILO's Corinne Vargha about the study. (20.05.2014)

His ancestors were deported from Africa by the British, abused and forced to do hard labor. Now Lucky Cooper is trying to keep their memory alive as he holds out hope for justice - even after all these years. (12.03.2014)