The Global Freedom Network, a new working group of religious leaders, aims to put a stop to slavery. Gina Dafalia is hopeful that the brainchild of an Australian billionaire and her Walk Free Foundation will succeed. 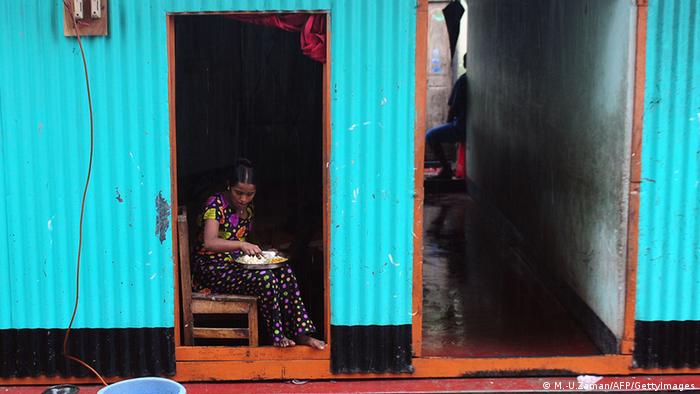 DW: What inspired Australian billionaire Andrew Forrest to take up the fight against slavery in the first place?

Gina Dafalia: He was visiting his daughter who was travelling at the time and working in an orphanage. When Andrew and Nicola went along to visit they discovered to their horror that the children in the orphanage were sold into sexual exploitation.

When Andrew returned to Australia, he decided that he needed to have a look at the business operations of his company, which is one of the largest iron ore companies in the world, Fortescue Metals Group. He discovered he also had slavery in his own supply chains. 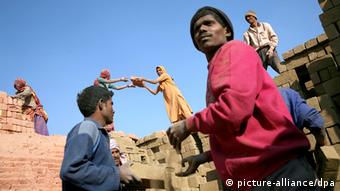 Slavery is a worldwide issue but the problem is particularly bad in Asia, Dafalia says

He then put policies and procedures in place to tackle it. He also went a step further: He used his influence and his leverage to stop suppliers that were using slave labor. But that wasn't enough. He wanted to create a global movement where slavery would be abolished.

How severe and diversified is the problem of slavery these days?

Many people think that slavery was abolished many years ago, but it still exists in every country in the world. From the research we did [at the Walk Free Foundation], we estimate that there are nearly 30 million slaves worldwide. About 72 percent of them are in Asia, but every single country has them.

There are different types of slavery. There is bonded labor, there is domestic servitude, there's trafficking of human beings, there are worse forms of child labor and forced marriage. All of these are slavery. The way we define slavery is the deprivation of a person's freedom for personal and commercial exploitation.

[Last week] saw the launch of the Global Freedom Network in the Vatican. How does this new initiative tie in to the Walk Free Foundation?

There are a lot of very good initiatives that are taking place around the world, we have partners all around the world that help us carry out these initiatives. But we realized that there was something missing and we needed a joint effort from highly influential religious leaders to really mobilize action at a global level.

Last November Andrew Forrest was invited to a workshop at the Vatican. As a lot of people are aware, Pope Francis is very concerned about modern slavery. During this workshop, one of the action points was having a network of leaders from different religions to take this agenda forward and to create fast global mobilization to end slavery.

Andrew Forrest used his influence to bring together different religious groups for the first time - the Catholic Church, the Anglican Church and the Islamic Sunni faith - to come together to work on a very concrete project to end slavery. 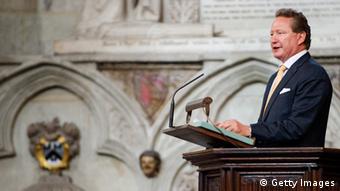 Forrest is a leader in the global fight against slavery

So what's the next step? Where does this anti-slavery alliance go from here?

The first point is: This is not a static group, it's an ever-expanding network. We have approached other faiths, like Judaism and the Orthodox churches. The Global Freedom Network hopes that in a year's time the network will grow to include more faith leaders. What they are going to start doing is working in countries where they have very large communities. Wherever there is a country with slavery, there is a church, temple or a mosque. The first thing they will do is educate and raise awareness in those communities.

Secondly, the religious leaders will leverage their influence. Religious leaders are very influential in many countries. They will put slavery on the policy agenda and make sure that it stays there and they will put pressure on government leaders to make sure that the right policies are in place. Obviously, churches, mosques and temples also have a huge role to play in terms of working to help support survivors, and those who have been rescued. They will have a large role to play in putting support systems in place for those who are leaving slavery.

'Slavery - and its consequences - should end'

How can the wrongs of slavery be put right? Fourteen Caribbean states are considering legal action against their former European colonizers. Jamaican Verene Shepherd is fighting with them for reparations. (11.03.2014)

For New Yorker, '12 Years a Slave' is personal

The film "12 Years a Slave" had already won numerous other awards and now has the coveted Oscar for 'Best Picture.' For Irene Northup-Zahos, though, the film is an emotional part of her own family history. (28.02.2014)

In Mauritania, northwestern Africa, slavery is a fact of modern life. It's estimated that 10-20 percent of the country's 3.5 million people are still enslaved in a system rooted in ethnic discrimination.