Brazilian woman held as a slave for 38 years

Madalena Gordiano's parents were relieved when a Brazilian family promised to adopt their daughter. But instead of being cared for, Gordiano was exploited as a domestic slave for almost four decades. Now she is free. 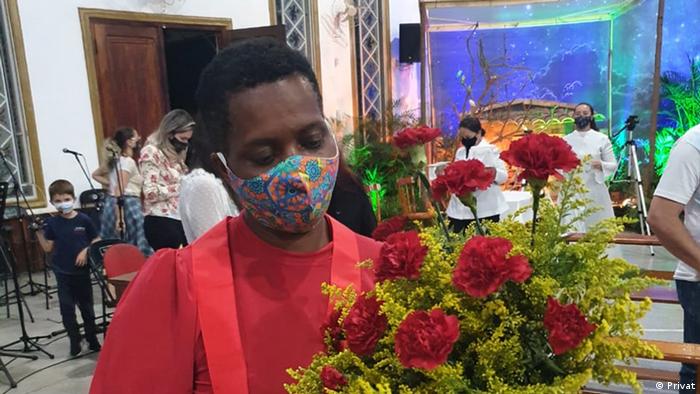 Normally, labor inspector Humberto Monteiro Camasmie and his team monitor businesses and farms in Brazil's state of Minas Gerais to ensure they respect workers' rights. But on November 27, Camasmie headed for a Brazilian family home in the city of Patos de Minas, armed with a search warrant, suspecting slave-like labor abuse at the residence.

Neighbors of university professor Dalton Cesar Milagres Rigueira had reported suspicious behavior regarding a domestic helper by the name of Madalena Gordiano. "They noticed that Madalena got nervous whenever her employers saw her talking to other people," Camasmie told DW. "And they grew increasingly suspicious when she started placing messages under neighbors' door mats, asking them for hygiene products and small sums of money."

When he visited the family home, Camasmie soon discovered that the neighbors' concerns were warranted. He found that the 46-year-old Gordiano had been treated as a domestic slave and forced to work without proper papers, fixed hours, holidays and appropriate pay. While professor Dalton Cesar Milagres Rigueira and his family lived a comfortable live in a spacious home, Madalena Gordiano had been living in a windowless, five-square-meter room.

"My bedroom was not very nice," the Afro-Brazilian woman remembered. Now, six weeks after being freed from her captors, she is living in a home that provides social and psychological support for individuals in need.

Gordiano told DW she was suffering back pain for a while and has only just seen a doctor about this. She also had to get numerous vaccinations, as the Rigueira family did not care about her health. "There are so many things I need to take care of and learn," the woman told DW. "For example how to take out cash or use a smartphone; my head is buzzing, I haven't fully processed what has happened." 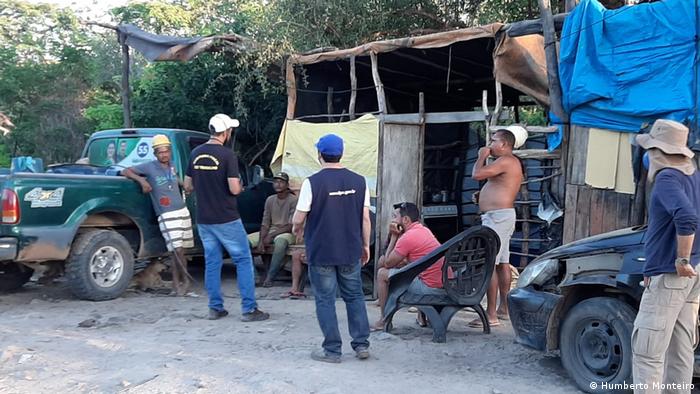 The legacy of slavery

Brazilian broadcaster TV Globo broke the story of Gordiano's captivity on December 21, 2020, sparking public outcry. For many people, her experience illustrated that the legacy of slavery has left ingrained racist sentiments in Brazilian society — Gordiano's ordeal was seen as part of a much larger problem.

The Walk Free Foundation estimates that more than 350,000 people in Brazil are currently forced to endure a slave-like existence. The non-governmental organization defines modern-day slavery as a form of "exploitation that a person cannot refuse or leave because of threats, violence, coercion, deception, and/or abuse of power."

In 1995, Brazil launched a labor inspection regime to crack down on such abuse. Since then, over 55,000 workers have been freed — though only 21 of them were domestic helpers. Labor inspector Camasmie says this is because "we cannot monitor private residences as easily." On the other hand, he says, "domestic helpers are often so financially and emotionally dependent on the families where they work and live, that liberating them from these structures is incredibly difficult."

It was this kind of dependency that prevented Gordiano from breaking free from her captors. "I knew that something was wrong but I was scared and did not know how to file a police complaint," the woman said. 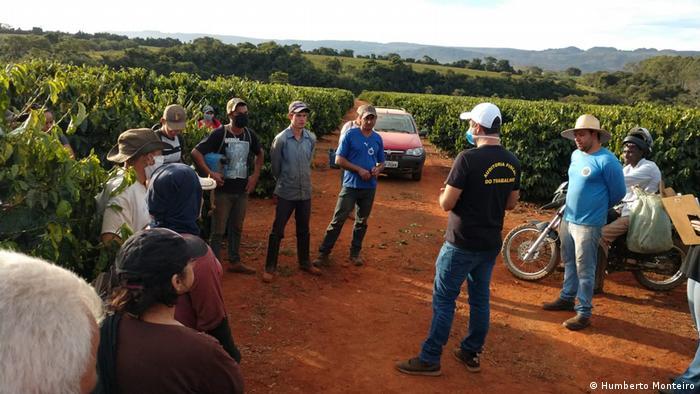 The broad strokes of Gordiano's story have been reconstructed on the basis of her personal memories and authorities' research into her ordeal. Everything began when Gordiano — then a poor, 8-year-old girl — knocked on the door of the Rigueira family residence begging for food. The family then assured Gordiano's parents they would adopt and take care of the girl.

Gordiano's parents were initially relieved and accepted the Rigueiras' offer. But soon, the parents lost touch with their daughter. And, contrary to what the Rigueiras promised, Gordiano was never formally adopted.

Married to a senior

The Rigueiras took Gordiano out of school and tasked her with domestic chores like washing laundry, tidying, cleaning and cooking meals. Gordiano recalled how the family told her she was "now old enough to work."

In the early 2000s, by when Gordiano was a young woman, she married — at least on paper — a 78-year-old Rigueira family relative, who died two years later, entitling Gordiano to a widow's pension. This money, however, was withheld from her, and according to the Brazilian daily Folha de S.Paulo, was used to put Dalton Rigueira's daughter through medical school.

"Madalena's marriage was legal as she consented to it," says labor inspector Camasmie. "But it is also clear the Rigueira family arranged this marriage to enrich themselves." 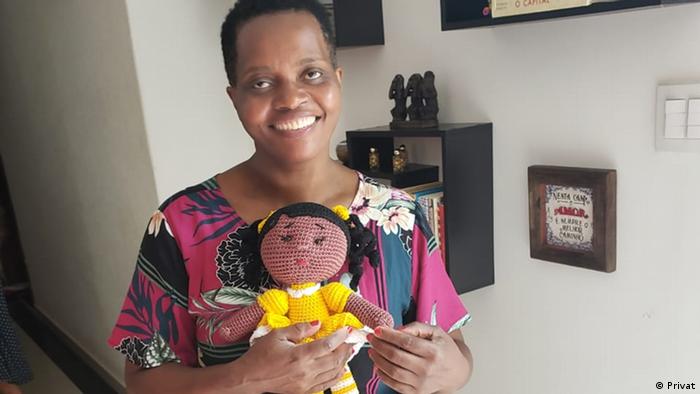 In 2006, Gordiano was then "given" to one of the sons of the family, who by then had his own wife and child, and who from then on administered her financial affairs.

Dalton Rigueira, who has since been fired from his university job, claims that Gordiano had been like a sister to him. He says he never forced her to do anything and handed her all the money she was entitled to.

But Camasmie says his assertions are implausible. "Why do the bank slips show expenses for things Madalena never had access to, like gas and cinema tickets," the inspector wonders. "Why did they never take Madalena to outings or family gatherings? And why did this university professor not want his 'sister' to enroll in higher education?"

A lawyer representing the Rigueiras told DW the family would not comment on the ongoing court case against them. Some family members could face years behind bars. Despite their wrongdoing, the Rigueiras have criticized the Brazilian state for "prematurely and irresponsibly" releasing their personal details.

Humberto Camasmie says the broad coverage of Madalena Gordiano's plight has caused other abuse cases to be reported. "We received five reports about similar cases in Minas Gerais alone," says Camasmie. "I expect there will be many more spot checks on private residences this year."

Madalena Gordiano, meanwhile, is trying her best to leave the past behind. "I want to get as much distance to these people as possible; I want to go back to school and travel." And, she says, "I would like my own apartment."

Descendants of slaves in Brazil get bottled light for their village

Electricity is rare in the remote Kalunga villages, but diesel and kerosene lamps are dangerous. Could solar power from plastic bottles be the answer?

Brazil: Trans candidates on the increase at local elections

Brazilians will be choosing new mayors and councilors on Sunday. Three times as many trans candidates are running as in 2016, and there are also more non-white candidates.