At the 23rd International AIDS Conference, a case was presented in which a patient in Sao Paulo showed no trace of HIV for over a year after he stopped therapy. Scientists are skeptical about the case. 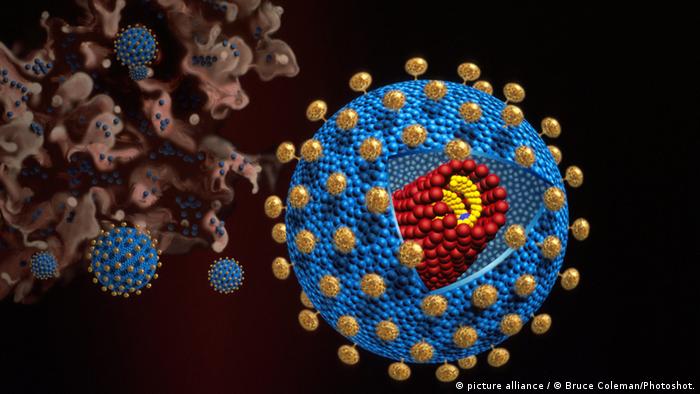 The Sao Paulo patient is a 36-year-old man who finished an antiretroviral therapy treatment to specifically address HIV/AIDS in March 2019. The news raises myriad questions in the scientific community. Additionally, the data are preliminary and the case is particularly compelling because, of the five people who received the treatment, only one has been cured.

Jürgen Rockstroh, professor and doctor of medicine and the head of the outpatient Clinic for Infectious Diseases and Immunology at the Center for Integrated Oncology at the University Clinic in Bonn, said: "These are exciting findings, but they're very preliminary. This has happened to one person, and one person only, but it did not succeed in four others given the same treatment. Clearly, reproducibility of the findings or confirmation in an additional individual would be important."

If the case were proven, it would be a monumental discovery. However, Brazilian scientists say the results are yet to be confirmed, and testing is ongoing.

Why is it so difficult to cure HIV?

HIV inserts its genetic material into the DNA of its target immune cell – obliging the cell to form copies of the virus. In this way, the HIV integrates itself directly into the DNA and literally becomes part of its host's body.  This makes the virus incredibly difficult to treat.

HIV hides in those cells – residing dormant in them for years before it wakes up and causes acquired immunodeficiency syndrome (AIDS).  Some scientists believe that the dormant stage is an evolutionary advantage to the virus. In the sites where HIV first enters the body, there are few immune cells to infect.

If the virus destroys all these few existing cells immediately after invasion, there will be no immune cells left to carry the infection to further cells. Rather, the HIV delays its activation until it is carried by those cells initially infected to tissues where it can infect even more cells.

This process ensures a better chance for the virus to spread. This dormant or latent stage can last up to 12 years. After the virus wakes up, the immune system weakens, and AIDS develops. A weakened immune system leaves the patient prone to mild infections that an otherwise healthy individual would likely not develop.

Only two people have been completely cured from HIV

Two patients in London and Berlin  underwent a risky bone marrow transplant  from a very particular donor, who was discovered to have a natural immunity to HIV. The bone marrow from this individual is immune to the virus due to a mutation in one of the receptors of the immune cells that HIV must be able to enter to successfully cause AIDs.

Before the stem-cell transplantation, doctors destroyed the immune cells carrying the HIV virus in their DNA from the Berlin patient's bone marrow. Later, the naturally mutated stem-cells from the donor were transplanted. The procedure is precarious and can result in life threating conditions, such as graft-versus-host disease, where the body rejects the transplant.

While long-term remission was achieved in these two patients, a bone marrow transplant is not a viable cure for all cases. These patients underwent this experimental treatment to address cancer diagnoses.

How is HIV treated?

Antiretrovirals hinder viral replication, as well as attachment to target cells. The purpose is to stop any viral activity and viral production. Currently, antiretroviral therapy can decrease the viral load in the body  to an extent that the person is no longer infectious.

If the viral load remains undetectable, one could have unprotected sex without infecting their partner. Moreover, HIV would not be transmitted from a mother to a child in this case. However, if the antiretroviral therapy is stopped, the control of virus replication ends.

The São Paulo patient received antiretrovirals. When asked whether it is possible to expect a complete elimination of a virus which integrates itself in the DNA  by antiretroviral drugs, Dr. Rockstroh  said, "numerous studies including intensified 3-drug therapy (including maraviroc and dolutegravir given to the Brazilian patient) even very early in HIV-infection were not able to achieve viral elimination or even decrease reservoir over time in multiple clinical trials."

Dr. Rockstroh explained that patients taking post-treatment controllers showed no signs of restarted viral replication for over one year after interrupting anti-retroviral therapy. However, the complete elimination of the virus has not been found in these patients.

How does the immune system react?

The physician added, "As each individual immune system reacts very differently and the spectrum of immune response ranges from rapid disease progression to elite controllers who have no signs of ongoing replication in plasma over years without treatment makes single cases very difficult to generalize from."

The São Paulo patient received a cocktail of antiretroviral drugs, including nicotinamide, a form of vitamin B3, which is thought to wake up the hidden virus and lure it out of its reservoirs. This is done to highlight infected cells for other drugs, so the immune system can kill the virus.

Dr. Rockstroh suggested the approach of virus activation could be significant in finding a functional cure for HIV. Whether this approach works or contributes to this specific case is still unknown.

Scientists are questioning the case and raising the concerns that the patient may have continued to take antiretroviral drugs without the knowledge of the study team. The team commented that they plan to check his blood for antiviral drugs to rule out this possibility.

What is also intriguing about the case is the loss of HIV antibodies. Dr. Rockstroh suggested that the weakening of the antibody test overtime is due to a diminishing immune response. However, the reasons for this remain unclear and require further testing.

They're touted as miracle cures. But the stem cell treatments on offer at private clinics are often anything but. Before you send a loved one in for a last-ditch (and very expensive) treatment, read the warnings. (17.07.2018)