Brazil wants Internet independence from the US | World| Breaking news and perspectives from around the globe | DW | 03.10.2013

Brazil wants Internet independence from the US

The NSA spying scandal has woken Brazil out of its data protection doze. Plans are being made for an optical network to link twelve South American countries with Europe and Africa, and largely avoid the US. 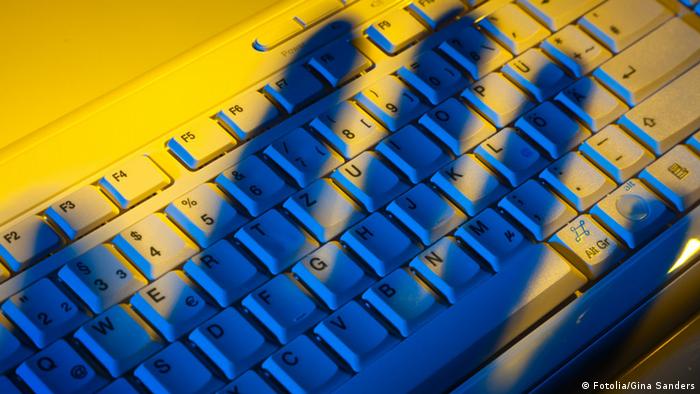 Brazilhas decided to free itself from the embrace of its big brother to the north. Ever since the NSA data spying affair became known, the government has begun looking for ways to decentralize global data communication.

"It doesn't make sense for data between Brazil and Uruguay to run via Miami," says the Brazilian secretary of state of telecommunication, Maximiliano Martinhao. He told Deutsche Welle that, ever since the NSA revelations, the long-planned development of South America's own fast Internet infrastructure has become a major priority.

Martinhao says that preparations are already completed for the so-called Optical Ring, which will join twelve South American countries with each other, as well as with Europe and Africa. The project encompasses some 10,000 kilometers (6,200 miles) of optical cable, and work on laying the cables will start at the beginning of 2014. 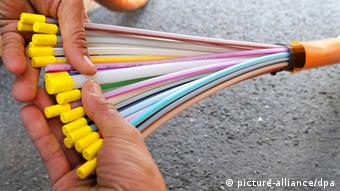 Brazil wants to lay 10,000 kilometers of cable to give it independence from the US

As well as the Brazilian government, the country's congress has also woken from its digital doze: President Dilma Roussef has pushed for the extension of an old "draft law on rights and duties in the use of the Internet" to include an important new point: data of Brazilian Internet users is in future to be stored in Brazil where the justice system can have access to it.

So far, neither Brazilian users nor the justice system have had access, because most of the data is stored on servers in the USA and is thus subject to US law.

"As long as the law is not passed," warns its author, Workers' Party deputy Alessandro Molon, "some 100 million Brazilian users are surfing unprotected in the Internet. The aim is for Brazilian law to apply in the future to the data of Brazilian users." 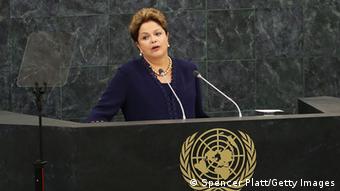 Currently, around 80 percent of South America's data runs through the USA. In Asia, it's about 40 percent, and in Europe about 20.

"As soon as there's a direct line between South America and Europe and the data doesn't run via the US," says Martinhao, "American law will no longer be relevant for us. It's a strategic issue."

But it'll take a while until then. The Brazilian government has so far undertaken only marginal activity to protect national interests with regard to information technology. Its only concrete deed to date has been to set up a Center for Cybernetic Defense in the capital Brasilia under the military in September 2012.

Among the Center's tasks is the coordination of digital security activities within the government, as well as in connection with forthcoming major events like the World Cup in 2014 and the Olympics in 2016. According to official figures, the Center has a budget this year of 30 million euros ($41 million).

A lot of catching up 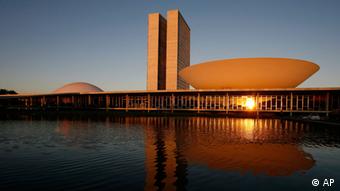 "30 million euros to protect against internet espionage is very little," says Ana Amelia Lemos, who's a member of the Senate's foreign affairs committee. "We need a national security policy for information technology which matches the size of the country and its significance as the world's sixth largest economy."

Brazilhas a lot of catching up to do. And that's one reason why many experts doubt whether it has the capacity to reduce its technological dependence on the USA. After all, that's where all the most important manufacturers of routers are.

Call to the international community

"Aside from the USA, no country has a national security system to protect its computer networks," explains Ricardo Custodio, head of the Computer Security Lab at the Federal University of Santa Catarina. Security and the protection of privacy in the Internet have not so far been big issues in Brazil, he says, because the country has so far had no problems with international terrorism.

"It won't work without international agreements on data protection," he says: there are no national borders when it comes to systems and software. In spite of the public anger in Brazil over the US's alleged snooping on the government and the state oil company Petrobras, Custodio sees a positive side: "The NSA spying affair has woken the government up."

South American Mercosur bloc leaders have told the US to stop alleged spying on telecommunications in their region. The five-nation group insisted on their right to offer asylum to US whistleblower Edward Snowden. (12.07.2013)