Reports suggest that the US spying network extends across the whole of Latin America. The leaders of the region are up in arms - but they could also profit from the situation. 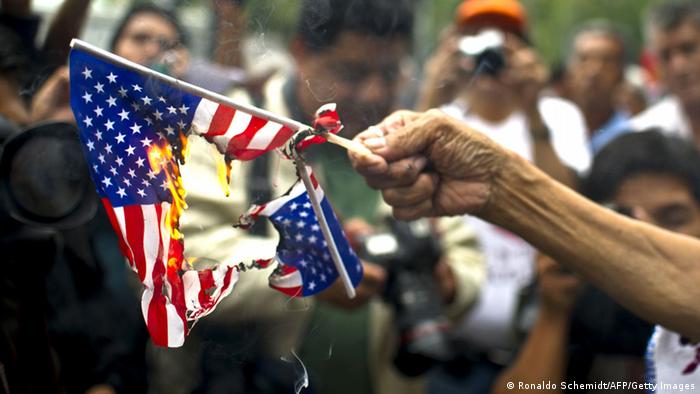 The revelations of NSA whistleblower Edward Snowden, as well as the enforced landing of Bolivian President Evo Morales in Vienna last week, could be an opportunity for leaders in Latin America to revive the traditional antipathy towards the US and portray themselves as heroes.

At the end of the Mercosur summit on Friday (12.07.2013), the member countries of the Latin American group published a document that condemns the systematic wiretapping and surveillance activities on the citizens of Latin American countries by US intelligence services.

On Tuesday (09.07.2013), the Brazilian daily O Globo reported that the US spying network apparently covers all of Latin America. The spying apparently does not just cover military matters, also extending to businesses.

The most spied-on nations according to the report are Mexico, Colombia and Brazil. Colombia is Washington's most important military ally in the region, with US intelligence focusing on the drug trade and the FARC guerrilla movement.

In Mexico, US intelligence activities center around the drug trade and the energy sector, while in Venezuela the US is most interested in crude oil.

Other countries allegedly being spied on regularly, but to a lesser extent are Argentina, Ecuador, Panama, Costa Rica, Nicaragua, Honduras, Paraguay, Chile, Peru and El Salvador, with O Globo referring to NSA documents it claims to have seen. 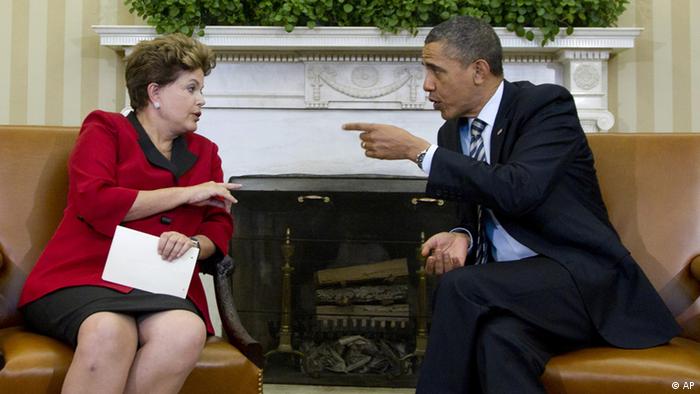 Brazil is apparently the most spied on country in the region

For all the indignation it caused, the spying scandal has brought Latin American countries closer together, especially since Morales' enforced landing in Vienna which spurred anti-US sentiment, said Bettina Schorr, Latin America expert at research network Desigualdades, which focuses on social inequality in the region.

"In the last few years, Latin America has changed dramatically," she told DW. "The region has largely abandoned its dependence on the US." And this independence is not just down to the developing global economy but also goes back to the early 1990s, when many left-wing governments in the region came to power, according to Schorr.

The Vienna incident is a "huge campaign boost," she says about Morales, who is standing for reelection next year. It allows him to portray himself as a victim of "imperialist scheming" but also as someone who takes action, along with Bolivia's neighbors, to stand up to the US.

"The US is being seen as the great enemy. It's an argument that mobilizes people, it makes them angry, as they feel they've been treated unfairly," Schoor says. 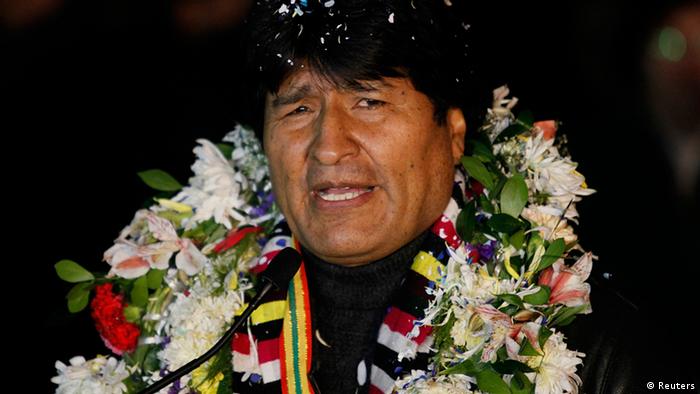 Morales can use the Vienna incident to his advantage

The strong anti-US sentiment has its roots in recent history, said Bert Hoffmann, director of the Institute for Latin American Studies at the German Institute of Global and Area Studies in Hamburg. He cites the army-led fall of the Socialist government of Salvador Allende in Chile in 1973, or the overthrow of Guatemala's president Jacobo Arbenz in 1954. Both were politically and financially supported by the US.

At the Mercosur summit, Latin American leaders also condemned the enforced landing of Morales in Vienna. The member states said they would call back their ambassadors from France, Italy, Spain and Portugal "for consultations."

Last week, Morales was kept from crossing the airspace of these four countries as he was suspected of having Snowden on board.

Even Colombia, Mexico and Chile, who are not full members of Mercosur but US allies in the region, have also criticized the US and demanded explanations on the collection of data.

Hoffmann, however, does not expect more than a diplomatic storm in a teacup from Latin America. The countries in the region know that "there won't be an apology," he said.

At any rate, ties between North and South America will remain strong for economic reasons, Hoffmann believes.

"Many countries don't want to risk open conflict with the US," he said. Despite this, Venezuela, Bolivia and Nicaragua have all offered to grant Snowden asylum.

After Evo Morales' forced stopover in Vienna, Latin America's long-held resentment against the US is resurfacing. But there's also growing consternation about the EU, with Colombia warning of a diplomatic scandal. (05.07.2013)

Literally translated Mordida means "bite." In Mexico, it means bribe - the backhander, normally involving the greasing of palms via a small exchange of cash to avoid a traffic infraction or to untie red tape. (09.07.2013)

Brazil: In the throes of reform

Protests, pacts, plebiscites: The Brazilian government has reacted to mass demonstrations with landmark promises of reform. But not all of the proposals are actually new. (28.06.2013)