Brazil: In the throes of reform

Protests, pacts, plebiscites: The Brazilian government has reacted to mass demonstrations with landmark promises of reform. But not all of the proposals are actually new. 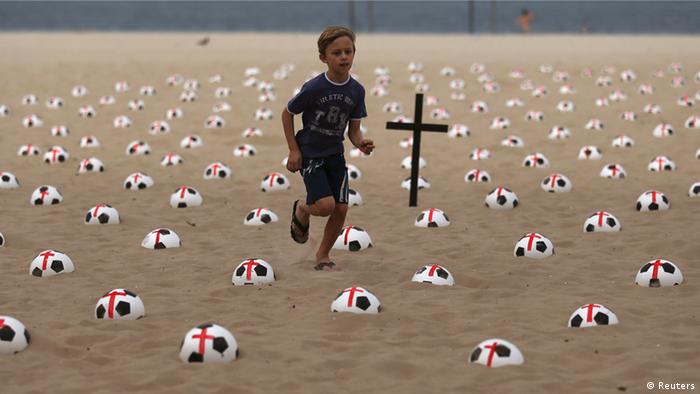 Brazilians are protesting, among other things, high public expenditure for sports events

All of a sudden, Brazilian parliamentarians are brushing the dust off of policy reform proposals that got bogged down in congress 15 years ago. Through citizen referenda, the population is supposed to better participate in political decisions, while corruption is being redefined as a more serious crime. But can the mass demonstrations that have been rocking Brazil really claim victory?

At first glance, this appears to be the case: After many cities reversed the public transport price increase that initially sparked the protests, Brazil's senate on Wednesday unexpectedly voted in favour of landmark legislative proposals recategorizing corruption, embezzlement and misappropriation as serious crimes punishable by a minimum four-year prison term. The proposal must still however be passed by the lower parliamentary house.

Also in this lower chamber, the mass demonstrations appear to have worked a miracle: Overnight from Tuesday to Wednesday, parliamentarians threw out a controversial proposal that would have limited the state prosecutor's investigative powers. The so-called PEC 37 would have amended the constitution to, among other things, transfer investigative powers to the notoriously corrupt police. Critics viewed this as carte blanche for corruption, and had feared that it would weaken justice and investigative bodies. 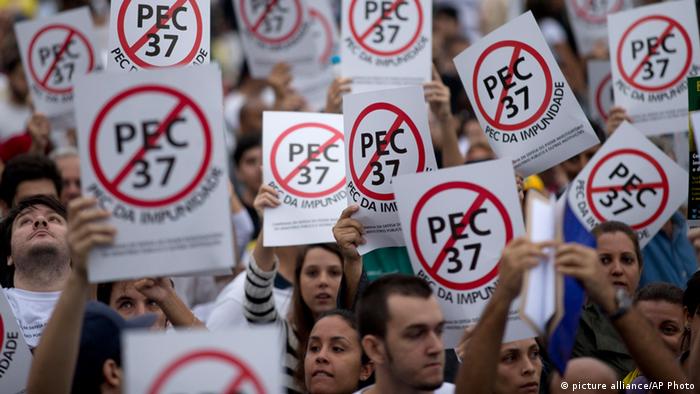 From parliament to prison

The seriousness of Brazil's fight against corruption is being reflected in the sensational judgment of the country's Supreme Federal Court, which on Wednesday issued arrest warrants against a parliamentarian for the first time in history. Until now, such officials enjoyed criminal immunity while still in office.

Under public pressure, parliamentarians also voted in favor of two further proposals, relating to profits from offshore oil production. Three-quarters of the "royalties" are to be invested into the Brazilian education system, while the remaining quarter should flow into the chronically underfunded public health sector.

In addition, the parliamentarians symbolically cut spending for the soccer organization FIFA. Release of 15 million euros ($19.5 million) for telecommunication services was halted, and provisional measures empowered the Brazilian communications ministry to strike such budgetary requests altogether. The question remains as to where such funding is supposed to originate. 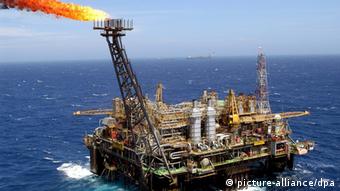 Offshore drilling is to pay for Brazil's education and healthcare

The investments Rousseff announced for the education and health sectors after meeting with governors and mayors at the beginning of this week also go back to previously planned legislation.

Regardless of the rehashing of past proposals, calling a referendum to decide on fundamental political reforms appears to be a sure win. According to "O Globo," Rousseff on Tuesday next week will present a legislative proposal on this to congress. Through the referendum, citizens are supposed to have a say in electoral law and public investment projects. 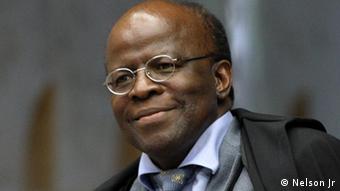 Parties must be directly supported by a referendum, said Joaquim Barbosa, president of the Brazilian high court. Until now the greatest changes in Brazil - like the nation's independence and formation of the republic - have been initiated by elites, he continued.

Barbosa, who is 69, was lauded by "Time" magazine this past April as one of the 100 most influential people. He presided over a historic lawsuit against 38 Brazilian parliamentarians who in August 2012 were handed significant prison terms for having bought votes.

Marcus Vinicius Furtado, head of the Brazilian Order of Attorneys, also spoke out in favor of a referendum for political reform, arguing for it to be held within 45 days maximum. "It's enough to change electoral law and party financing. End the financing of campaigns by companies and define rules for clean elections ," he told "O Globo."

The world has turned its gaze to Brazil for several reasons this month. The Confederations Cup, a prelude to next year's World Cup, is underway. But protesters seeking divergent goals continue to take to the streets. (24.06.2013)

Scorching criticism of the Brazilian government

The protests against a rise in bus fares have grown into overall criticism against the power of government. Brazilians are fed up with their politicians - also because of their role in bringing the World Cup to Brazil. (21.06.2013)