In a major operation to push back against gangs, about 1,200 Brazilian military police were deployed to a neighborhood as part of a project to "change the lives of the people." 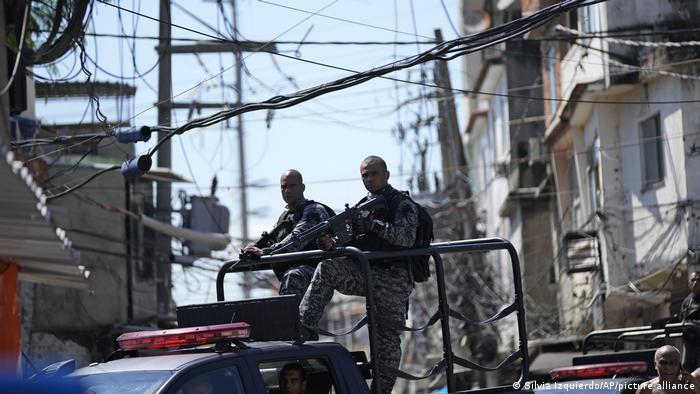 Authorities said 1,200 officers were deployed to the favela

Forces said they occupied the notorious favela, or Brazilian slum, to retake control of it from the Comando Vermelho (Red Command) criminal gang.

"The state government began to reclaim territory in the Jacarezinho community. Surrounding communities will also be occupied," said the military police alongside pictures of officers dressed in black patrolling the streets. 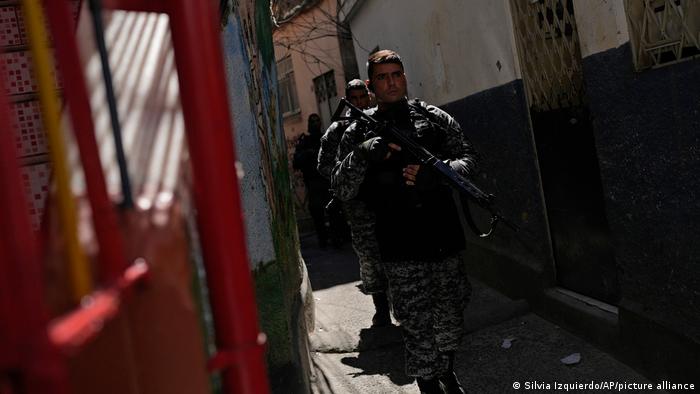 Authorities said the situation was calm and no shootouts were reported

Governor Claudio Castro said the operation was part of a government program dubbed "Integrated City," aiming to transform communities that are at the mercy of criminal gangs and drug traffickers.

"It took months to design a program that would change the lives of the people, giving them dignity and opportunity. The operations are just the beginning of this transformation that goes far beyond security," Castro wrote on Twitter.

According to Blaz, the introduction of military police to the area was calm and no clashes between authorities and gangs were reported.

Echos of the 'pacification' project

The governor's remarks echoed the rhetoric of the police pacifying units (UPP) that displaced violent gangs in the city ahead of the 2016 Olympic Games.

The UPP program, which sought to ensure state presence in favelas, gained praise. But it eventually caused a backslide that enabled gangs to recover some of their lost grip over the area.

Officers involved in the UPP program were also suspected of having tortured and killed a resident who wasn't affiliated with gangs, which prompted weeks of protests.

Police have historically stormed Rio's favelas and engaged in deadly shootouts as a means to disrupt criminal organizations and seek out targets.

Last May, a police raid in Jacarezinho killed 28 people. Rights groups said it was the city's deadliest raid.  Some Jacarezinho residents claimed alleged executions took place during that raid.

Carlos Ferreira Gabriel, who twice led the local residents association, criticized the deployment in comments to the AP news agency.