Brazilian President Jair Bolsonaro has been under fire for his handling of the pandemic. However, he still remains more popular than past presidents who have been impeached. 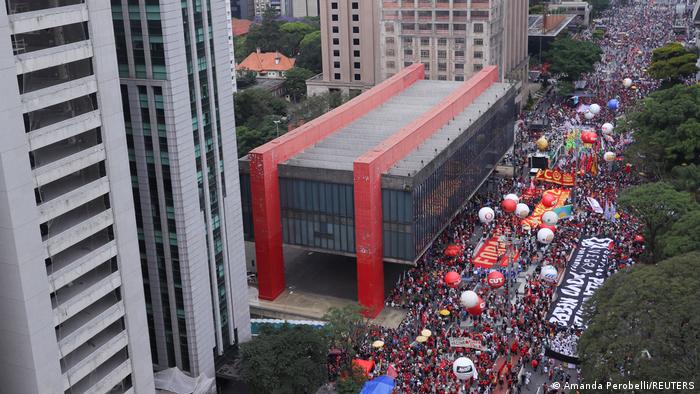 Thousands of people across Brazil's major cities took to the streets on Saturday to protest President Jair Bolsonaro's handling of the coronavirus crisis that left nearly 600,000 people dead.

The protesters called for the impeachment of the president, who has been accused of underestimating the severity of the virus. Bolsonaro has not been vaccinated against the virus and routinely makes appearances without a mask.

The latest protests came in response to rallies held in support of Bolsonaro last month.

In a striking instance of unity, the anti-Bolsonaro protests brought together center-left parties, trade unions and social movements as they called for his removal.

Lula is widely expected to run against against Bolsonaro in the October 2, 2022 presidential election. According to polls, he stands ahead of Bolsonaro in a simulated 2022 matchup. 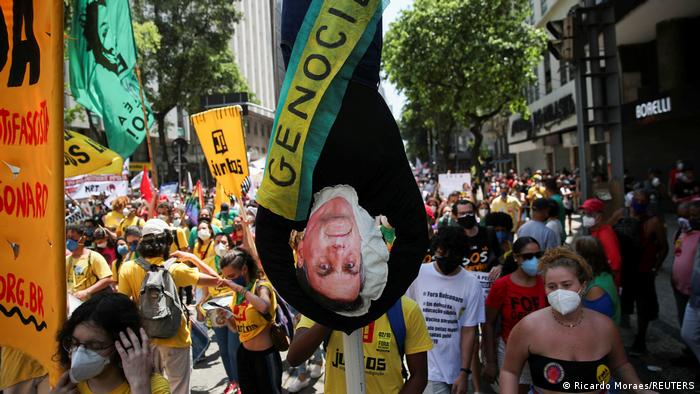 'His time has passed'

In addition to criticizing Bolsonaro's handling of the pandemic, demonstrators also protested inflation in necessities like food and electricity, as well as high fuel prices.

"It is very painful to see that health and education are being destroyed, and there are many starving people in the country," said 75-year-old Marilena Magnano. "We need Bolsonaro out of the government, his time has passed." 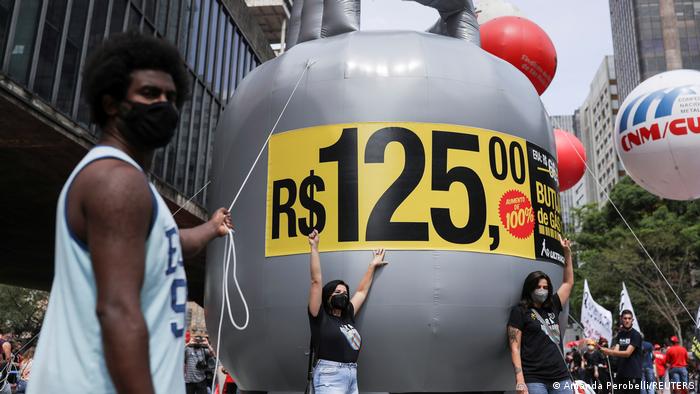 To protest rising fuel prices, a group brought a large inflatable gas canister that read: "Is it expensive? It's Bolsonaro's fault."

Even as the president's popularity continues to slide through the year, he remains more popular than past presidents who have been impeached.

Despite more than 130 impeachment requests being filed since Bolsonaro took office, the lower house's speakers have declined to open proceedings.