Brazil goes back to the future, hiring Scolari and Parreira

Not one, but two World Cup-winning veterans will coach the Brazilian national team when the country hosts the 2014 World Cup. Felipao (Big Phil) Scolari will team up with the 1994 mastermind Carlos Alberto Parreira. 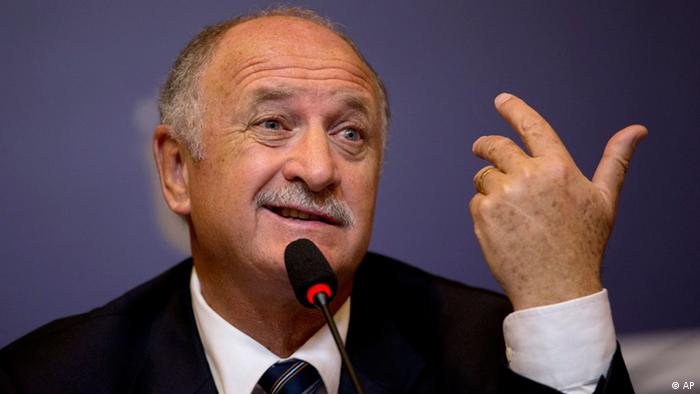 Brazil's CBF football federation confirmed on Thursday that it would combine two past winning recipes seeking to again find the magic formula at the 2014 World Cup.

Felipe Scolari, known by the nickname Big Phil in English and Portuguese (Felipao) alike, will coach the Brazilian national team, with Carlos Alberto Parreira serving as his technical director.

Scolari led Brazil to a 2002 World Cup final triumph, beating Germany 2-0 in the final, while Parreira was coach at World Cup '94 in the US, where Brazil beat Italy on penalties after 120 goalless minutes.

The duo replace Mano Menezes, the man who had been charged with ushering in a new generation of young stars - starting with a high-profile Olympic bid that finished in silver after Brazil lost to Mexico in the final. Menezes was sacked last Friday.

"It's with great pleasure that I return to involvement with the Brazilian team," Scolari said, adding that for the most successful country in World Cup history - irrespective of current form - there can be only one goal. 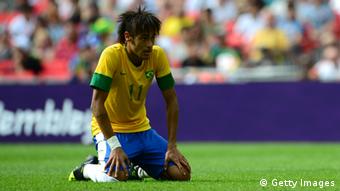 Brazil has sought to usher in a new generation of youngsters, like Neymar, ready for 2014

"We have the obligation to win the title. We are not favorites at the moment but we intend to become favorites during the competition," Scolari said. "Third or fourth place is no good for a country that has won five World Cups."

FIFA boss Sepp Blatter welcomed the decision, saying it was "a must" for Brazil to snap up a coach quickly, with the country also hosting the Confederations Cup in 2013 a year ahead of the World Cup.

Not a very 'Brazilian' Brazilian

A defender in his playing days, Big Phil was a muscular roadblock given an early nickname of "wooden leg" - at least partly a mark of sympathy for the attackers who crossed his path and suffered some stinging tackles. He's rarely mentioned in the same breath as silky stars like Pele, Zico, Garrincha, Ronaldinho or Socrates.

Prior to the 2002 World Cup, Scolari famously gave all Brazil's players a copy of Sun Tzu's "The Art of War," apparently seeking to instill some fighting spirit in his squad.

Scolari has been battling to keep his own coaching career afloat in recent years, though. After over five years at the helm of the Portuguese national team, he moved to London club Chelsea but failed even to last a season.

His next post was a golden handshake with Uzbekistan's little-known front-runner Bunyodkor making him the highest paid coach in football at the time. Within 12 months, he left by mutual consent.

Scolari returned home in 2010 to coach Palmeiras in Brazil for a second time in his career, leading them to a domestic cup, but was sacked earlier this past season for the side's poor performance. Palmeiras were later relegated from the Brazilian top flight. 1970 World Cup-winning hero Carlos Alberto was one of the few football luminaries in Brazil to question the appointment. 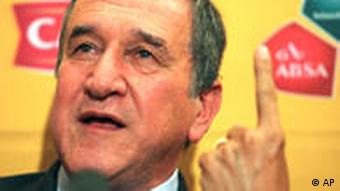 Zico, on the other hand, saw matters differently, saying "Felipao has won so many titles he has to be respected."

Record-breaker Carlos Alberto Parreira has taken five different countries to six World Cups, leading Brazil to victory in 1994 and then to a quarterfinal defeat at the hands of France at World Cup 2006 in Germany. The 2006 disappointment is remembered as the last great, and possibly the greatest ever, match played by French legend Zinedine Zidane - though Brazilian fans look back on that tournament rather less fondly.

As under Parreira in 2006, Brazil could only manage the quarterfinals with Parreira's 1994 captain, Dunga, in the dugout for the 2010 World Cup in South Africa.

Parreira was in charge of the hosts South Africa at that tournament, so he has had a sneak preview of the sort of pressure Brazil might face in front of their home fans.