The Brazilian president pardoned Daniel Silveira, despite a top court established that the Bolsonaro ally had interfered with the "free exercise" of government and threatened Brazil's judicial authorities. 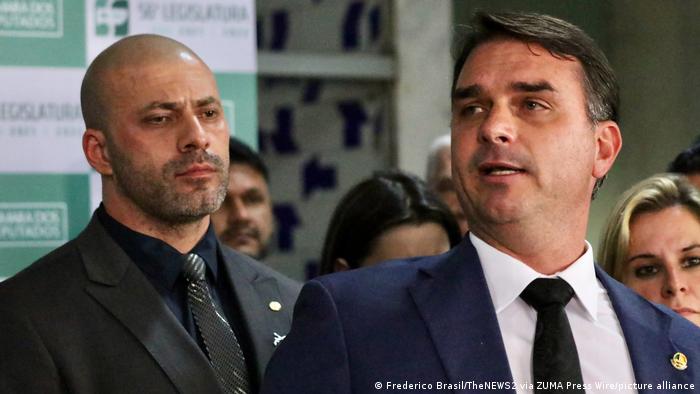 Brazilian President Jair Bolsonaro on Thursday said he would pardon federal congressman and ally Daniel Silveira, a day after he was convicted by Brazil's top court, the STF.

Silveira was sentenced to nearly nine years in prison after a 10-1 ruling by the STF on Wednesday. The court established that he had interfered with the "free exercise" of government and threatened the country's judicial authorities.

The court levied a fine equivalent to roughly $41,500 (€38,500) and requested the removal of the right-wing former police officer's current parliamentary position.

This comes after Silveira questioned the integrity of several STF ministers and called on his supporters to invade the court last year. Silveira had also called for the re-institution of an anti-democratic decree that was in place during Brazil's 1964-1985 military dictatorship.

In a decree published in the official gazette and read out by the president, Bolsonaro said his move to pardon Silveira was to preserve "freedom of expression" as an essential pillar of society. 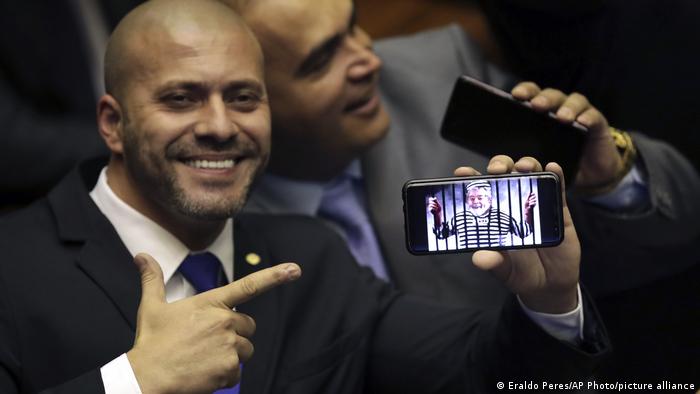 Silveira, one of the more outspoken new political allies of Bolsonaro, had taken great glee in the legal troubles of former President Luiz Inacio Lula da Silva (Lula), who is back in front line politics and narrowly ahead in the polls for October's election.

Bolsonaro is a former army captain with close ties to Rio de Janeiro, where Silveira is also from, and is himself often openly nostalgic about Brazil's time under military rule.

Leading to the October election

Bolsonaro's critics hailed the verdict as they fear that the right-wing former army captain and his allies were a threat to democracy. But the president and people close to him complained of increasing judicial overreach by the STF.

The Brazilian president's decision comes as the latest escalation between Brazil's executive led by the president and the judiciary ahead of October’s presidential vote, in which the incumbent president is seeking re-election.