In the aftermath of Iceland's financial collapse, many citizens are planning to leave the country to find work and a more secure future. 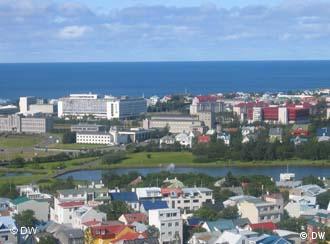 The financial crisis are has driven many locals away from Reykjavik

Before the financial crisis hit Iceland hard in October 2008, the country's booming economy was a magnet for migrant workers. Many Eastern Europeans came to the small island in the North Atlantic to work on construction projects.

Most of them have left the country since Iceland's economic collapse, and many Icelanders have decided to follow them in search for a better future abroad. Most of them are eager to avoid pay cuts, tax hikes and the higher unemployment figures expected to hit the country once the summer is over.

Most of the emigrants are heading to Norway, where around 1,000 Icelanders are expected before this year is over. For a country with just a little over 300,000 inhabitants, this is not a small number. Craftspeople and technicians have particularly good chances of finding a new job. 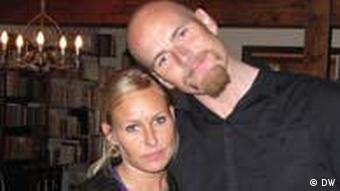 Atli and Rosa are determined to leave Iceland

Atli Steinn Gudmundsson, 35, and his fiancee Rosa want to emigrate to Norway or Holland as soon as the Atli completes his MA degree at the University of Iceland. “Half of our friends have already moved to Norway," he says. "And the rest, when you bring up the subject of moving to another country, they never totally reject it."

Atli says he refuses to stay in Iceland to help pay off the huge international debts with his tax money, arguing that the current difficult situation is not his fault "but that of the bankers and politicians."

Is brain drain a serious problem?

Following the collapse of Iceland’s financial system and the dramatic fall of the local currency, the krona, many of the nation's young professionals are opting to go back to university in England or the US instead of spending the next bleak winter in Iceland. 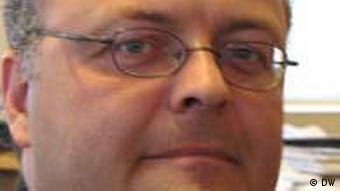 For business minister Gylfi Magnusson these prospects are rather unpleasant: “It would be pretty devastating if one result of all of this was that Iceland’s best and brightest would leave or that Icelanders that are now studying abroad would not return.”

At the same time, Magnusson says he hopes the rate of emigration will slow, stating that the long run prospects for Iceland are not that bad: "Countries all over the world are also having problems, so it may not be that there are such great opportunities abroad either."

No time to wait for economic upswing

Compared to last year, the number of household and furniture transports out of Iceland is up 20 percent, while a third less is being transported into Iceland. Many highly qualified employees in Iceland have lost their jobs in the past months and they have no time to wait for an economic upswing. 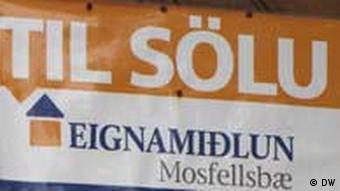 Jakob Lindal, co-owner of an architectural firm on the outskirts of Reykjavik, sees this as a huge problem. He and his business partner had to lay off their staff immediately after the collapse but always intended to bring the team back together as soon as possible. Now, time is running out, says Lindal: “One is on his way to Jamaica, one is out farming, helping out a farmer up north and another one is in Norway. If we can’t get them back in the next few months, they are gone.”

Icelandic Foreign Minister Ossur Skarphedinsson says his country is in a strong position ahead of EU membership talks. He told Deutsche Welle that despite the finanical crisis, Iceland has a lot to offer Brussels. (27.07.2009)

EU foreign ministers call for an assessment of Iceland's fitness for EU membership, marking the formal start of accession process. (27.07.2009)