Iceland confident about EU membership talks | Europe| News and current affairs from around the continent | DW | 27.07.2009

Icelandic Foreign Minister Ossur Skarphedinsson says his country is in a strong position ahead of EU membership talks. He told Deutsche Welle that despite the finanical crisis, Iceland has a lot to offer Brussels. 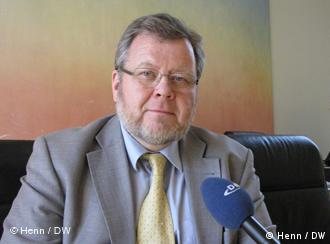 Skarphedinsson expects Iceland to become a member within 3 years

European Union foreign ministers on Monday discussed the prospects of Iceland joining the European Union. At the height of the financial crisis, the small island nation in the Atlantic was on the brink of bankruptcy. Three months after snap elections in April 2009, the new government has officially applied for EU membership.

DW: The last EU enlargement took place in January 2007, when Romania and Bulgaria brought the number of member nations to 27. Would you have thought then that Iceland might become the EU's 28th member state?

Ossur Skarphedinsson: No, I wouldn't have dreamt it at the time. Of course I thought that countries like Croatia would be accepted first but they have run into some problems. Nevertheless, I would have anticipated that Iceland would be far up in the queue. Now I'm quite happy. These are difficult days for Iceland and there are not a lot of things that make you happy. Of all the members of parliament I am the one who has been campaigning for Iceland's accession to the European Union the longest. However, I know this is just the beginning of a long journey.

What can the EU offer Iceland?

If you look at the decades ahead, the EU for example can offer shelter in terms of security. One overlooked reason for our decision to apply for EU membership is that we are in the midst of re-defining our foreign policy and security. We always lived in the belief that we would be sheltered by the United States of America. When the Americans left with their base in 2006, we really had to look for another group of nations to belong to. 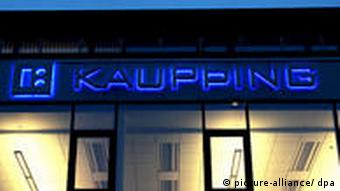 In the short term, adopting the Euro is definitely one of the things we are hoping for. Why? Because perhaps the most bitter experience that we had in recent years – long before the present crisis – was that it is very difficult for a small nation like ourselves to maintain and protect an independent micro-currency in a world that is globalized.

In the still shorter term I think just the decision to apply calms down our neighbours and the environment that we live in. And it creates more confidence and trust of other nations and that's what we need most now, after the crisis.

What can Iceland offer the EU?

Quite a lot. For example we can offer the European Union our knowledge and experience in how to preserve and utilize our renewable resources in Europe. We here in Iceland are experts in the utilization of geothermal energy, which I think is a potential source of energy that Europe has neglected. We have tried to preach this gospel in Brussels but it has fallen on deaf ears. I think with Iceland inside the European Union, we could lead the way in utilizing renewable energy.

Our geography is something that is attractive to the EU. Within some decades the changing world climate will open a new gateway from the Pacific via the Arctic Ocean to the North Atlantic. And then certainly Iceland – isolated today – will be a centre point in a new transport route between two continents. Don't forget that Iceland in the future will probably also be an oil-producing country.

Another thing is the experience we have in managing fisheries. If you look at the fisheries of Europe you see fishing stocks that are over-exploited. We here in Iceland have managed our stocks well. Even in times of crisis if there is a need for experts to cut down the quota of our fishing stocks, we do it. 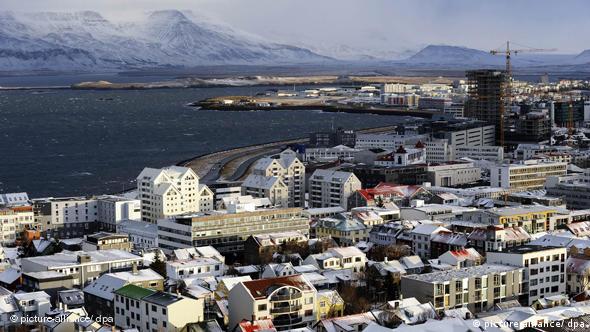 At the same time, the fisheries will remain a sticking point in the accession talks?

I have never tried to hide the fact that the most difficult hurdle that we'll have to clear in the negotiations with Brussels is the fisheries issue. But I take heart from the fact that there is a will within the EU to move decisions away from centralized headquarters to the regions where the fishing stocks are utilized. Those that are dependent on resources are always the best people to care of them.

How strong is Iceland's position in the accession talks?

I am confident to say our position is strong. When we start the negotiation process, we are not beginning from a weak point. Some people might think so because we have been going through a crisis. But even without the application or the EU membership we would get ourselves out of this recession quite quickly. Already in 2011 you will see economic growth here. So I'm not too worried about the future and we will not start the negotiations with the thought in our minds that we cannot live without Europe. We can.

A prognosis: When will Iceland join the EU?

A lot of people think that negotiations will be short. This is because we are members of the EEA (European Economic Area) and Schengen, meaning that we have already adopted 75 percent of the regulations and directives of Brussels. But I am not that optimistic. I think it will be quite a tough negotiation process which will take a longer time than people anticipate. The discussions on fisheries especially and perhaps also on agriculture will take quite a bit longer than people think. So I would speculate on Iceland being a possible member of the EU in three years.

Iceland has formally presented its membership bid to the European Union. Membership talks are expected to be relatively swift but there are still several stumbling blocks for the Nordic nation. (23.07.2009)

Iceland named a new center-left government on Sunday headed by Johanna Sigurdardottir. She's promised to rebuild the nation's economy, which collapsed in the wake of the global financial crisis. (02.02.2009)

Iceland could get on the fast track to EU membership if it so desires, EU Enlargment Commissioner Olli Rehn said Monday. Iceland is considering joining the bloc to shore up its battered economy. (21.10.2008)

Debate on EU membership fuels controversy over Iceland's currency the krona, or crown (14.04.2009)