We may know him best as the devilishly handsome provocateur of films such as "Ocean's Eleven" but Brad Pitt may be about to receive a somewhat more salubrious title - the "Keeper of the German Language" for 2014. 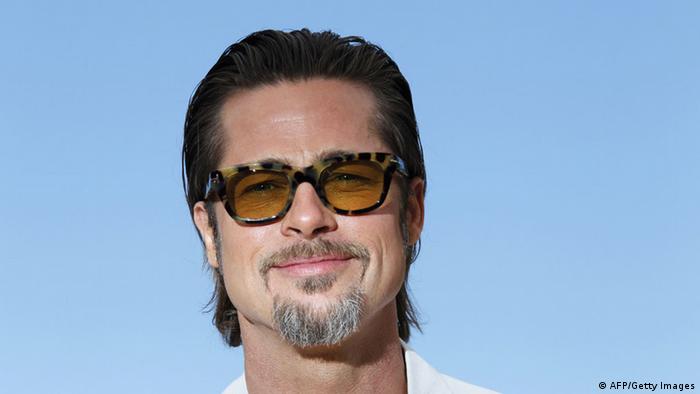 When it comes to life away from the silver screen, Hollywood star Brad Pitt usually plays second fiddle to his wife Angelina Jolie, who is well known for her humanitarian work for the UNHCR. But Pitt may well soon be adding a new and noble feather to his cap (which we can only assume is of the Bavarian felt variety) with his nomination for 2014's "Keeper of the German Language" title.

The American actor is of German ancestry, speaks the language and is a regular to the country, including during the filming of Quentin Tarantino's 2009 alternative war flick "Inglourious Basterds" shot in Potsdam's historic Babelsberg Studios, and in which Pitt plays a ruthless Nazi hunter.

"I like the language - I even find it beautiful and melodic," Pitt told the "Cologne Express" newspaper.

Despite his Hollywood action training, however, Pitt is up against some formidable opponents for the title - including cabaret artist Monika Gruber for her resistance against the encroachment of political correctness into the German language. Also in the running is the vice president of German parliament, Johannes Singhammer, nominated for his tireless work in promoting the use of the German language within the EU. Volunteer German teachers assisting refugees are also amongst the nominees.

With Tutu and Jolie, UNHCR sets sights on statelessness

Desmond Tutu and Angelina Jolie have lent celebrity to a campaign to highlight the "devastating lifelong consequences of statelessness" for more than 10 million people. The campaign hopes to end the problem in a decade. (04.11.2014)

Sony cyber attack a 'matter of US national security'

The United States has described a cyber attack on Sony Pictures as a matter of "national security" and vowed to respond appropriately. The attack led the company to cancel the planned release of a film. (18.12.2014)