Maverick Thai winemakers are proving this tropical country's ability to produce quality wine, breaking all the rules along the way - aided by a little German inspiration. 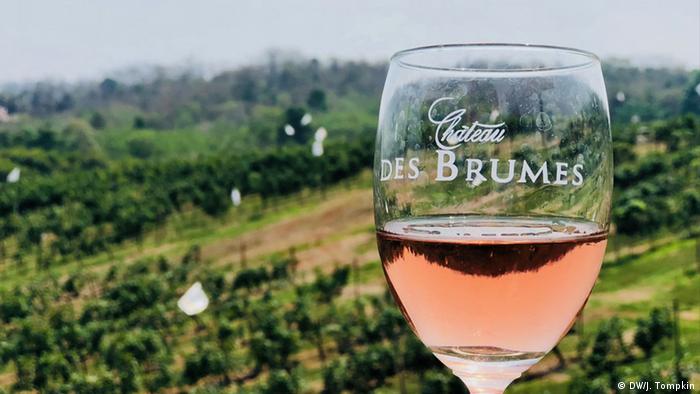 Visooth Lohitnavy is willing to call it fate. Like many Thai students of the 1960s sent abroad for their university education - most often to the Philippines or the US - Lohitnavy found himself coming-of-age far from home. In his case it was to be Munich and Stuttgart.

"Most students were drawn to the Bavarian beer halls, but this never interested me," he laughs, sipping from a glass of sparkling wine. "I was searching for something else, something more natural. I discovered great wine. You could say that time has in a way, come to define my life and career ever since."

Better known as the glistening heartland of Porsche and Mercedes-Benz, Stuttgart sits at the confluence of two of Germany's major wine regions, with Baden to the south and Württemberg to the north. The Neckar River cuts through some of Germany's most traditional wine country - including the Zabergäu - beyond where it unites with the Rhine: a river speckled with mythical castle ruins and, of course, its fabled terraces of Riesling. 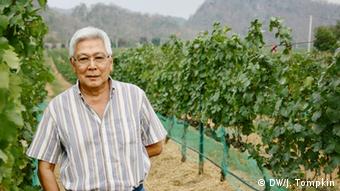 Visooth Lohitnavy founded GranMonte in 1999, and went on to establish the Thai Wine Association

Lohitnavy found himself enamored with the fruits of this region and eventually returned to Thailand with a bold, if not somewhat improbable, ambition: to plant wine grapes in Thai soil and produce quality wine. It was an ambition he would finally fulfil in 2001.

A three-hour drive north east of Bangkok, the Khao Yai wine region - situated in the sprawling and wild Nakhon Ratchasima province - is as alluring as it is bucolic: seemingly a universe away from the opaque smog and humidity of the Chao Phraya Delta to the south. Limestone hills buck skywards from the crimson terra rossa soils, dotted with stone farmhouses and trellised grapevines that resemble - at a glimpse - a quintessential Tuscan vista.

This is the sultry heart of the tropics, where wild elephants roam amidst the thicket of longan and jackfruit trees, the air is charged with the perfume of frangipani and roadside stalls sell fresh papaya salad in the shadows of resplendent Buddhist temples.

Situated around 350 meters (1148 ft.) above sea level and rising to over 500 in some vineyards, the Khao Yai wine region enjoys a milder climate than much of the country: its dramatic monsoon summers bookended by a dry and comparatively cool winter that Lohitnavy recognized for its gentle ripening potential. In 1999 he purchased an old cashew and corn plantation in the Asoke Valley and began the painstaking transformation to what today is known as GranMonte: a 'Euro-fied' translation of Khao Yai, which means 'big mountain'. 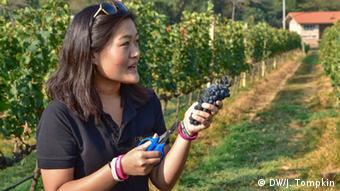 Nikki Lohitnavy of GranMonte was Thailand's first female oenologist, and is today one of the country's most awarded winemakers.

Today the handsome 40-acre site is neatly lined with trellised vines bound with totemic European varieties including Syrah, Cabernet Sauvignon, Verdelho and Viognier. In the winery Lohitnavy's oenologist daughter Nikki is busily overseeing the sorting and pressing of Chenin Blanc grapes, which were harvested overnight when the weather is at its coolest.

By afternoon, however, a sudden and unexpected storm strikes - threatening both the harvest schedule and the grapes, ever vulnerable to mildew and berry splitting. Volatility is a fact of life in tropical winemaking - or 'New Latitude' wines - according to Nikki Lohitnavy, who was trained in Australia and has worked across Europe and South America.

"Viticulture in the tropics is extremely labor intensive," she explains. "This means that Thai wines are expensive to make, which puts them at a disadvantage to other regions - that also enjoy tax incentives and a lot of government support. But we are convinced by the potential of Thai wine, especially in Khao Yai. People were initially shocked by the idea of Thai wine, but this is rapidly changing."

Rising to the Challenge

Thailand is leading the tropical wine revolution, fortified by India, Brazil, China and Vietnam, who are all equally determined to shift both the somatic and metaphysical frontiers of viticulture. It has been an uphill battle. Tropical vines undergo no winter dormancy period and instead experience two distinct vegetation seasons: meaning consistent annual pruning and vine management to both reduce the dense canopy and ensure just one annual harvest to maximize concentration. 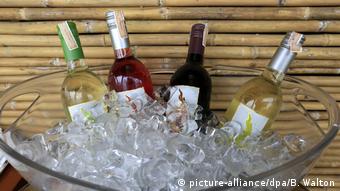 New latitude wines pair nicely with the flavors of Thai-food

Equally, many traditional winemakers and enthusiasts have questioned the possibility of balancing acidity and sugar in such extreme conditions - and cited the detrimental effects of humidity and absence of cool weather, when wine grapes typically develop their complex aromatics. Recent global manifestations of climate change, however, have smashed convention - casting erratic temperatures and conditions across traditional wine-growing regions such as Italy, Spain and France and demanding a radical new approach.

"Khao Yai demonstrates what is possible," Visooth Lohitnavy suggests, adding that winemakers from across the globe are now frequenting the region to learn of its adaptive and progressive practices both in the vineyard and winery.

Khao Yai has become one of three distinct wine regions in Thailand: the others being Pattaya and the Hua Hin Hills both to the south. Khao Yai, however, is emerging as the fledgling epicenter of Thailand's wine culture and an emerging tourist destination: the birthplace of the Thai Wine Association and also home to enchanting haunts such as Village Farm. "We now have a long history and it's time to share it with others," Village Farm's founder Viravat Cholvanich says, enjoying a glass of his inky yet elegant 2006 La Fleur cuvee of Syrah and Cabernet Sauvignon (which retails for around 100€/113$), from the terrace of his estate nestled in the enchanting hills of Wang Nam Khieo. 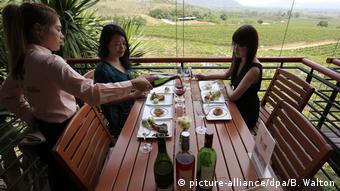 GranMonte has become the leading ambassador for Thai wine both at home and abroad: converting locals - traditionally beer and spirit drinkers - to the elixir, as well as exporting into Asia, Europe and beyond. The label's red wines have been highly awarded internationally, including both the 2009 Asoke Cabernet Sauvignon and Syrah which, between them, have taken out three Golds at the prestigious Austrian Wine Challenge in Vienna.

At the nearby Prime 19 restaurant celebrated Thai chef Somchai Chaivanich is responsible for the wine cellar beneath his cavernous yet stylish restaurant: racks filled with wines from France, the United States, Italy, Australia and beyond. He comes to the modest Thai section and reaches for a bottle: "This is the beginning of something important," he says. "Thai wine belongs here besides the other great wine regions of the world."

While Thailand remains the ultimate exotic beach destination for many international travelers, Khao Yai's enigmatic and organic appeal is seeing visitor numbers grow annually - with wine complemening the "back to nature" allure, according to local restauranteur Panchana Vatanasathien, of a region celebrated for its local rustic cuisine (a delectable intersection between Thai, Laos and Khmer cuisine) and crowned by the Khao Yai National Park: with its endemic elephants, gibbons and resplendent hornbills. "This is the taste of Khao Yai and the taste of Thailand," Vatanasathien concludes, raising her glass of alluring GranMonte rosé at her bustling Penlaos restaurant. "It is the taste of our future." 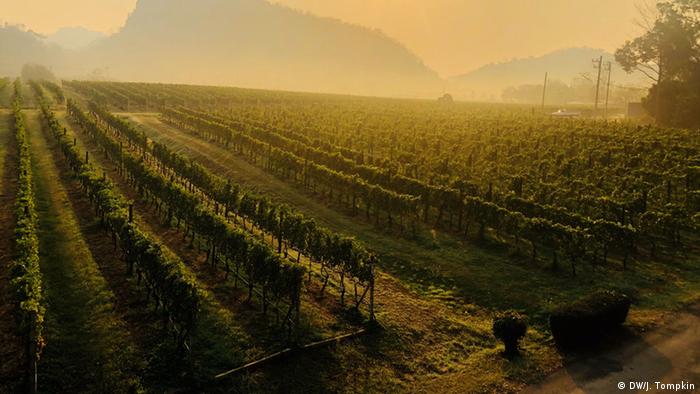