Bosnia-Herzegovina fights the floods | Europe | News and current affairs from around the continent | DW | 18.05.2014

The floods in southeastern Europe have caused thousands to seek refuge in shelters. And while authorities scramble to organize aid, affected locals are taking matters into their own hands and helping one another. 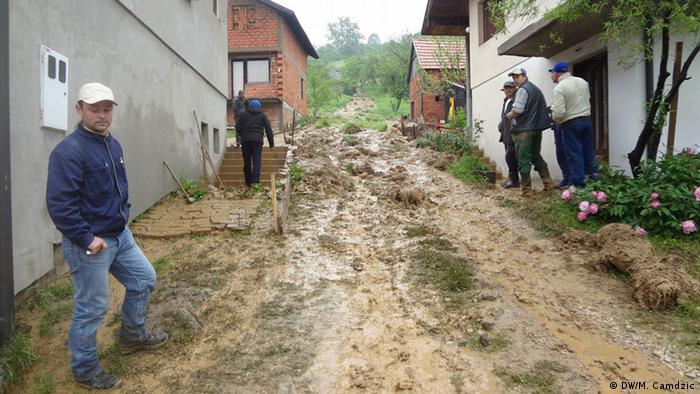 Hasa Huseinovic is still reeling from the fright she got. "We noticed how the floor was moving," says the 53-year-old. Then a neighboring house sank down into the ground. "The concrete began to rise, the asphalt cracked, and water came out of the floor."

Huseinovic then watched as eight houses in her village, Svrake, near the Bosnian-Herzegovinian capital Sarajevo, were carried away by the flood and a mudslide.

She was scared. "We didn't want to leave the house," she says. But her son started shouting at them, telling them they would die unless they got away. "This prompted us to run out of the house. I had only gone 10 meters when I heard a crash." At that moment, the houses around her collapsed and she fell to the floor. "I somehow managed to get out of there," she adds.

Huseinovic was relatively lucky, unlike many other Bosnians. While no final casualty figures are available yet, at least 30 people have perished in the flood to date. Particularly shocking was the news from Doboj, a city in eastern Bosnia-Herzegovina, whose mayor said that over 20 flood victims had already been buried. There has also been news of deaths and injuries from other towns and communities. Many residents in the affected regions refuse to leave their houses and take refuge on the upper floors or rooftops. Some save their own lives at the last second - like Hasa Huseinovic. 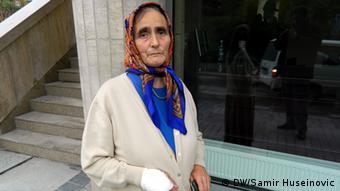 Huseinovic was lucky to escape with her life

People are moving into emergency shelters and aid is pouring in: food and clothing are being distributed among the displaced people. There are discussions on social networking sites about what aid is needed the most and where. Authorities in Bosnia and Herzegovina have declared a state of emergency.

The country was not prepared for a natural disaster of these dimensions. Particularly badly hit have been the eastern regions, the area around the city of Zenica and the area near the Serbian border. Serbia itself has also been severely impacted - its government is calling the flood an unprecedented disaster.

The affected residents are rallying to help one another as far as the circumstances allow. "This house - that's mine - I've lived here for 40 years," says 70-year-old Mustafa Pasalic, a book stand owner from the eastern Bosnian-Herzegovinian town of Gracanica. His neighbors have given him and his family a place to sleep; others have helped to secure his house against collapse as it remains trapped between mudslides.

"I have the best neighbors in the world," says Pasalic. "I've never experienced anything like this before. Most of all, I mourn the loss of my books," he adds, embracing his crying wife. 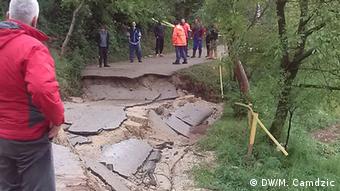 The flood has caused many landslides in the region

The all-clear has not been issued yet, as further landslides are possible. The people in Gracanica and the surrounding region are also worried that the local dam on lake Modrac could burst. The danger of landslides persists throughout the country.

The northwest of Bosnia-Herzegovina has also been affected. The region's largest city, Banja Luka, has been partly flooded. The river Vrbas, which flows through the city, has overflowed. Water levels have only been receding slowly throughout the region.

But there is some hope on the horizon, as the weather has been improving gradually. For the week starting on Monday (19.05.2014) meteorologists are expecting warmer temperatures. The full scale of the damage will become apparent then.

The heaviest rains and floods in 120 years have hit the Balkan states of Serbia and Bosnia, forcing hundreds out of their homes. There have been calls for international assistance. (16.05.2014)