Borussia Dortmund have given sporting director Michael Zorc a two-year contract extension. Zorc has spent his entire career, both as a player and in management, at the Bundesliga club. 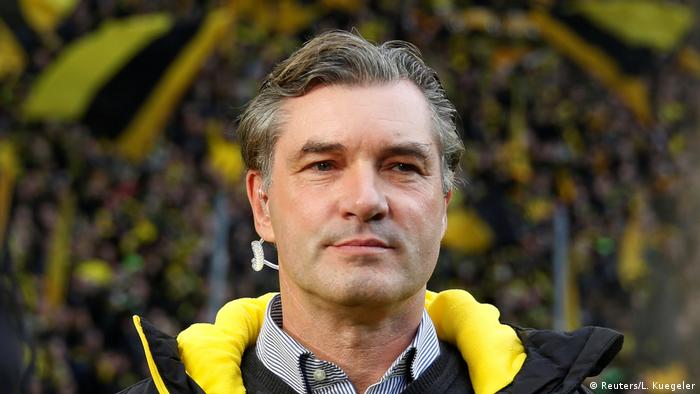 The contract extension that Borussia Dortmund announced via a press release on Monday will keep sporting director Michael Zorc, 55, at the club through the end of the 2020-21 season. His contract had previously been set to expire after next season.

"The sporting successes of the past ten years are closely connected with the name Michael Zorc. Michael Zorc exemplifies competence, loyalty and identification. I am very much looking forward to our continued cooperation," the club's CEO, Hans-Joachim Watzke said in the statement.

Zorc conceded that the past year and a half at the club had been "notoriously difficult for multiple reasons, despite the [German] Cup triumph and qualification for the UEFA Champions League."

He also pledged to help "steer Borussia Dortmund into calmer waters, to make the team sustainable at a high level and to transform the club into an integral fixture in the UEFA Champions League."

Zorc, a Dortmund native, joined BVB as a teenager and wound up making 557 appearances and scoring 144 goals for the Bundesliga club in all competitions. After he retired as a player in 1998, he joined Borussia Dortmund's front office.