Russian writer Boris Akunin talks with DW reporter Zhanna Nemtsova about what would happen if a democrat were to suddenly take power in Russia, and why he chose to leave his homeland. 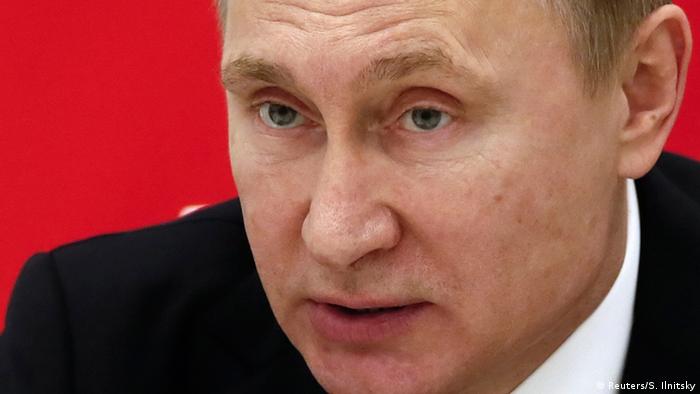 Deutsche Welle: Mr. Akunin, you've said several times that you left Russia because it's occupied by the enemy. Who is this enemy?

Boris Akunin: I'm convinced that the politicians currently in power in Russia are destroying my homeland, and that is why for me, they are the enemy.

Several years ago, you said that nothing really tragic was happening in Russia.

I was wrong. Between 2011 and 2013, I was really involved in society. I thought that Russian civil society was strong enough, and that the state powers were wise enough to avoid a fatal confrontation. But everything changed in Russia after the events in Ukraine in 2014. Vladimir Putin made a decision and there's no going back. In terms of Russia's position in the world, this means the country is increasingly isolated, and in Russia, it means he'll be in power for the rest of his life. There's no way he'll step aside. It's a completely different country now.

In the 1980s, most Russians didn't believe what they saw on television. Now, almost everyone believes what is broadcast. How could public awareness change so dramatically?

Zhanna, you experienced the days of Perestroika, when a fresh wind seemed to be blowing. But I remember the 1970s, when - like today - we just had the dissidents, people who hold up their signs in Moscow and who are ignored by everyone else walking by. But as long as we still have such people, we can still hope for change.

Today, we have many sources of information, especially the Internet. If you're interested in other opinions, then you have ways to find them. But most of the people simply aren't interested. The problem today is different: It's the current political regime in Russia. Moral, ideological and other aspects aside, it is catastrophically ineffective and uncompetitive. Technologically and economically, it cannot keep pace in today's world. The world is developing, and Russia is standing still. That's the problem. And unfortunately, it will end with an impoverished population and a social explosion. 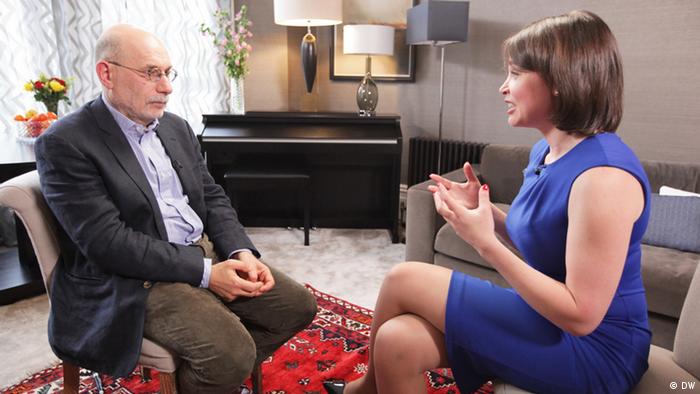 Hasn't it by now become some sort of law of history that Russia is always a step behind?

I've always been interested in the question of what defines the Russian nation. Why do we see the same disasters being repeated over centuries? Every attempt at liberalization ends with even greater repression. I assume that Vladimir Putin is not personally to blame. I think that when this man came to power, he didn't set out to do away with all our freedoms and become a lifelong dictator. He probably wanted to rein in the oligarchs and somehow deal with the separatists. He had moderate goals.

But then the force of certain laws unfolded, and the same thing happened that has happened many times before in Russian history. If there were a peaceful revolution in Russia tomorrow, if Putin were toppled and a democrat came to power but just left everything as it is, then after a while, this democrat would turn into a new dictator. The vertical structure of the state means there's no chance to move in a different direction.

So it's not any one person, rather the system that is the problem. Is it realistic to think that the system can be changed?

Of course it's realistic. It's astounding that in our history, not one reformer has taken on the foundation of the state as laid down in the 15th century by Ivan III, the ruler who brought the Russian lands together. He borrowed from the same principles used to create the Golden Horde. At that time, the Russians didn't know a more effective system than that employed by Genghis Khan. Our country is still not ruled by laws, rather by decrees, like under the Great Khans. At the same time, it's a system where the state does not exist to serve the people, rather the people serve the state. There's no room in such a system for the rights of individuals. There are only personal privileges that depend on one's position within the structure and the degree of loyalty to the authorities. And in such a system, the secret police play a significant role.

But Putin, the man, is nonetheless important in this system today. In earlier interviews, you've said that Putin is not a thief or a criminal. Would you still say that today?

The Russian writer and Putin critic Grigory Shalvovich Chkhartishvili, who goes by the pseudonym Boris Akunin, left Russia in 2014. He's currently working on a "History of the Russian State." Zhanna Nemtsova, daughter of the opposition politician Boris Nemtsov, who was murdered in February 2015, has been working as a reporter for DW since August 2015.

Thousands of demonstrators led by prominent Russian writers marched through the streets of Moscow on Sunday, protesting the recent inauguration of President Vladimir Putin. (13.05.2012)

Rebelling against the 'Putin system'

Russia is electing a new president. The winner is already clear: The polls show that Prime Minister Vladimir Putin is impossible to beat. But a strengthened civil society is questioning his claim to power. (01.03.2012)