Paris is one of Europe's priciest cities, which is why many of its booksellers fled south in search of affordable locations. They found it in a picturesque village on the Loire River, now known as the "city of books." 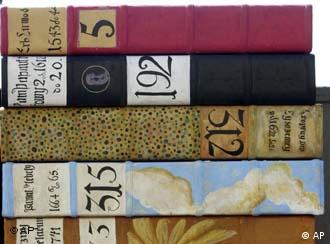 Christian Valleriaux, a specialist in rare books, was the first Parisian bookseller to settle in La Charite-sur-Loire just two hours from the French capital.

"We wanted to leave Paris," said Valleriaux, 61. "We'd had enough of paying such high rent for the store and our apartment. Besides, we were looking for better quality of life."

Most of his regular customers -- over 50 percent of his business -- followed him, but he also sells on the Internet or by catalogue.

Other book dealers in Paris quickly followed suit and tried their luck in the Loire town with the UNESCO-listed church. Today, the village of 5,000 has 12 specialty book stores focusing on old and rare books, original French typography, calligraphy and bookbinding. 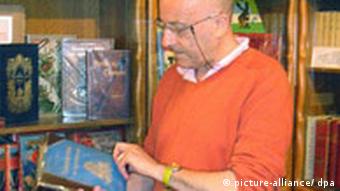 With 30 times as many books as people, the La Charite-sur-Loire has certainly earned the title "city of books," which has been proclaimed from the town sign for the past six years. Fittingly, regular book sales are held in the center on the third Sunday of every month. There's also a festival of words in August, an internationally known salon of old books in July and a book art fair in May.

When Valleriaux and his wife opened their Bordeaux-colored shop in 1992, the medieval village looked completely different. Most of the shops were empty; there weren't any cafes or art galleries.

After a year, the couple had had enough. They needed customers and the town was in need of tourists, so they convinced the mayor to support their plan to turn La Charite-sur-Loire into the city of books.

As an expert in old manuscripts, Valleriaux had worked in Parisian auction house Drouot and his contacts proved valuable. In 1996 he founded the salon for old books. Four years later, the Rue du Pont was lined with bustling cafes, gourmet boutiques, a wine shop -- and lots of book stores. 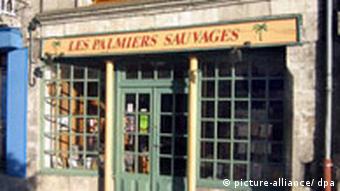 The book shops have colorful names

Since the Parisian bookkeepers with their colorful storefronts and pictorial names like "Le monde a l'envers" (The Backwards World), "La, ou dort le chat," (There Where the Cat Sleeps), and "Les palmiers sauvages" (The Wild Palms) have moved in, the number of tourists visiting La Charite-sur-Loire has risen dramatically.

Now there's even more to see than the Romanesque Sainte-Croix-Notre-Dame church, listed as a UNESCO World Heritage Site, and the Cluny priory. Visitors can also spend hours, if not days, scanning spines and flipping through pages in the many book shops.

"We want tourists to literally dive into the world of the printed word," Valleriaux said. "That's why it's important for typesetters, bookbinders and calligraphers to have a part in our project as well. They even offer weekend courses."

He said he hopes that sellers of newer books and other media will also make their home in the Loire village. It will probably just be a matter of time until they do: More and more bookstores in Paris have to close because they can't pay their rent and fancy boutiques have started taking over Paris' literary quarter, Saint-Germain-des-Pres.

Restorers Fight to Save Books From 'Goethe's Library'

Television has long been regarded the enemy of more traditional pastimes such as reading books. Now the first-ever German TV company devoted to producing programs exclusively about literary matters wants to change that. (12.10.2007)

Should publishers see Google's project to make books searchable online as a threat or an opportunity? Publishers are taking different approaches to Google Book Search, with German publishers launching Libreka. (11.10.2007)

What is the most interesting book you've ever found in a used and rare book store? Please include your name and country in your reply.