At the Frankfurt Book Fair, the international publishing community convenes to trade notes and plan for the industry's future. Brazil is this year's guest of honor. 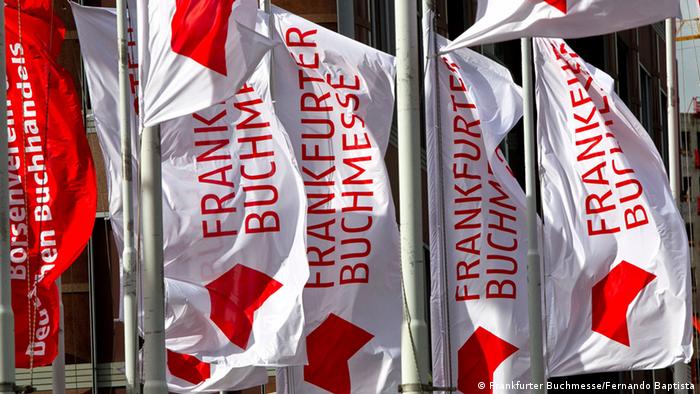 "The industry is alive, it's pulsating!" With these euphoric words, book fair director Jürgen Boos heralded this year's international book fair in Frankfurt, pointing to the new entrepreneurial start-ups looking to showcase themselves at the fair.

"There are so many new ideas in sales and marketing, and also in the production of books, young authors with new themes and formats - all this shows that the business is alive and well," said Boos at a press conference in September. The Frankfurt Book Fair is the largest of its kind in the world. This year, 7,100 exhibitors from 100 countries are expected.

Alexander Skipis, head of the German Publishers & Booksellers Association, speaks of a "spirit of optimism." In the media, he said, the industry's situation is often portrayed as being much more gloomy than it actually is.

"We have experienced only growth in the industry for the past nine years - with the exception of the past two years, where we had a 0.8 and 1.4 percent drop in sales," said Skipis. "In other words, the demand for books and people's interest in reading is still enormous." 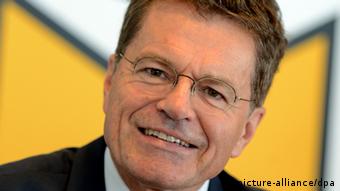 Skipis says there's a 'spirit of optimism' in the publishing industry

Nevertheless, the market presents its challenges. Traditional stationary book stores are facing major changes, and competition with online retailers is fierce. Those who survive will be determined by the added value a local bookseller can offer, said Skipis.

Another crucial point is the price of books in Germany, which will be addressed in panel discussions at the fair. In light of the proposed free trade agreement between Europe and the US, the price should remain stable, argue the booksellers' association, adding that's the only way to preserve diversity in German literary culture.

In addition to special events and discussions regarding market development and products, the fair presents a broad array of books and literature. The Frankfurt Book Fair is considered the quintessential licensing show. More than 600 literary agents from around the world meet in Frankfurt to negotiate the rights of authors, books, translations and other related content. For Riky Stock, director of the German Book Office in New York, the agent headquarters is the "engine room of the book fair."

For bookstores, the fair is first and foremost a meeting point to socialize and forge contacts. Michael Lemling, manager of Lehmkuhl's Bookstore in Munich, meets with publishers to forge plans for the coming year. "We're a bookstore that organizes a lot of readings, so it's good to know which books will be published in the coming year and which authors will be on tour for readings."

The usual visitors will also find their way to Frankfurt: around 1,500 authors are expected, including well-known names like Martin Walser, Daniel Kehlmann, Terezia Mora and Leon de Winter. "The desire for contact, for a direct exchange of literature is growing," said Katja Böhne, a spokesperson for the book fair.

This desire is also reflected in the fair's increasingly extensive program. This year 3,600 events are scheduled, some 150 more than last year. The program includes classic activities, like readings, book signings and panel discussions, as well as various award ceremonies, including the German Book Prize, which is awarded every year at the beginning of the fair. This year's German Book Prize went to Terezia Mora. At the end of the fair, the Peace Prize of the German Book Trade is also awarded. Last year's winner was Chinese author Liao Yiwo; this year's prize goes to Belarusian author Svetlana Alexievich.

Brazilian authors are being welcomed with special attention in Frankfurt. Under the slogan, "Brazil - a land of many voices," the country is presenting itself as the guest of honor for the second time at the Frankfurt Book Fair. 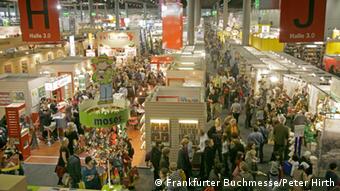 This year 280,000 visitors are expected at the fair

The "guest of honor" program has existed for nearly 40 years. Among other things, the aim is to help boost international awareness of that country's literature, as well as to increase the number of translations. In addition to book launches and readings, there is a wide cultural program, which includes art exhibitions, concerts, dances and performances - and of course, the guest of honor's pavilion on the book fair's grounds.

Even soccer plays a role. On Friday the Brazilian and German national authors' teams face off in a match at the book fair. Moritz Rinke from Berlin will play for the German team.

"I love this colorful fair world," Rinke said. "Even if the volatile exhibition clamor bears no resemblance to our individual, intense production periods. It's as if you put a Tibetan monk in a rattling, hooting slot machine."

Novelist Abbas Khider was awarded the Hilde Domin Prize for Literature in Exile this week. The German-Iraqi sought asylum in Germany at 17, and considers Jewish poet Hilde Domin a kindred spirit. (17.09.2013)

One of six shortlisted novels will take home the German Book Prize in October. Though they share common themes, their settings couldn't be more varied, ranging from Normandy to Mars to a pit-stop in a brothel. (11.09.2013)