The Canadian government has announced it is providing a big loan to Bombardier to help the company push ahead with two of its crucial jet programs. Brazil believes the loan may violate WTO competition rules. 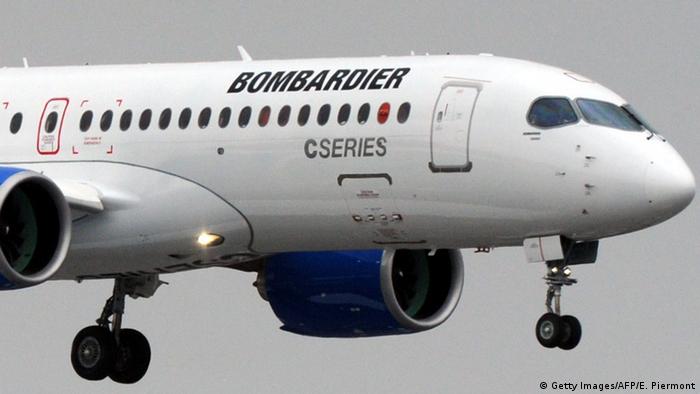 The Canadian government provided a $283-million (265-million-euro) loan to Bombardier for two of the company's jet programs, promising to defend the shot in the arm against a potential challenge by rival plane maker Brazil.

The interest-free loan comes from a Canadian aerospace and defense fund targeting research and development projects. The money will be used for Bombardier's new CSeries jet and the Global 7000 business jet.

While the state aid is far less than the $1 billion originally sought by the Canadian plane and train producer, Chief Executive Alain Bellemare called it "the right level of support."

But the move risks exacerbating trade wounds with rival jet-making nation Brazil, which has already threatened to take Canada to the World Trade Organization over a $1-billion injection by Quebec for the CSeries.

Bombardier has gone through several phases of large-scale restructuring, firing thousands of employees since late 2013, in both its aeronautics and rail divisions.

Bombardier has said it will need to slash thousands of additional jobs as part of a global restructuring. The Canadian aircraft and train manufacturer will likely cut some positions in Germany. (21.10.2016)

"I feel fine now," says Margareta Kranjcec, who lives in a retirement home in the Croatian city of Karlovac. She spent three weeks in hospital before being given the all-clear.

Prime Minister Krivokapic and his government could usher in a new political era in Montenegro. But he only enjoys a slim parliamentary majority. Serbian President Vucic also opposes his agenda, says DW's Miodrag Soric.