Sridevi Kapoor, one of the biggest names in Hindi cinema, has died after suffering a heart attack at the age 54. She was widely regarded as the first female superstar in India's male-dominated movie industry. 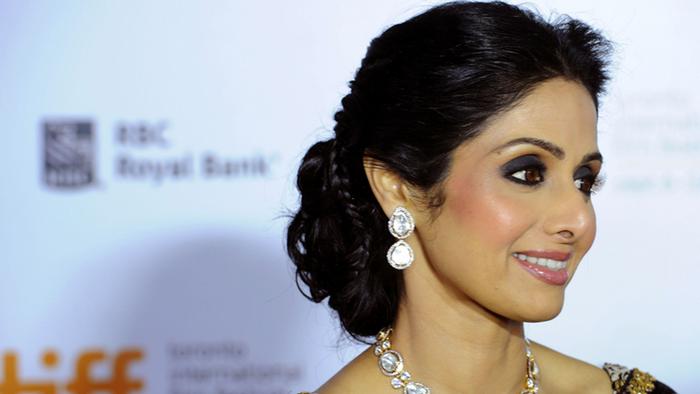 Bollywood superstar Sridevi Kapoor died late on Saturday while in Dubai for her nephew's wedding, prompting an outpouring of grief from fans and fellow Bollywood actors.

Her brother-in-law Sanjay Kapoor confirmed to India's Express newspaper that the actress had died of cardiac arrest.

Bollywood star Priyanka Chopra paid her respects, tweeting: "I have no words. Condolences to everyone who loved Sridevi. A dark day. RIP."

London Mayor Sadiq Khan, who had recently met Sridevi during a recent trip to India, also paid tribute to the late actress, describing her "a terrifically talented actress, performer and producer."

The actress, known by one name, made her acting debut at the age of 4, and went on to enjoy a career spanning four decades.  After appearing in Tamil, Telugu, Malayalam and Kannada films, Sridevi eventually made her Bollywood debut in 1978.

She appeared in a string of hit films, including "Mr. India," in which she played a reporter, and "Chandni," where she played a woman choosing between two lovers.

Following her marriage to film producer Boney Kapoor in 1997, Sridevi took a 15-year break from films before making her comeback in 2012 with "English Vinglish," in which she played a woman learning English.

The following year, she was awarded India's fourth highest civilian honor, the Padma Shri, for her services to the film industry.

The Padma awards are given to extraordinary Indians every year for their remarkable achievements in various fields. (05.04.2013)