Boeing has pledged $100 million to help families affected by the fatal crashes of its 737 MAX passenger planes in Indonesia and Ethiopia. The funds, however, will not go directly to the families. 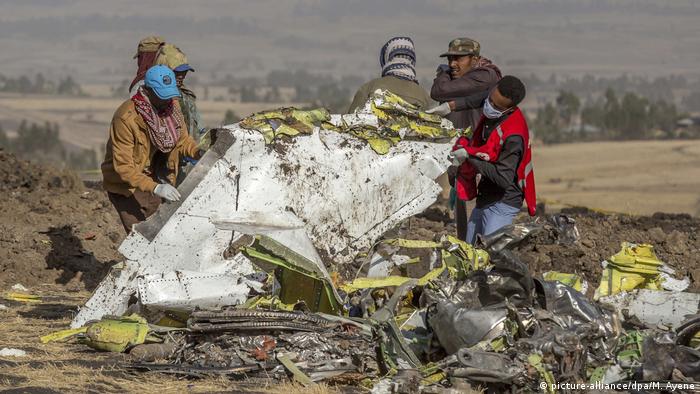 The US planemaker said Wednesday that it was planning to distribute $100 million (€88.6 million) to support families of the 346 people killed in the two 737 MAX crashes in Ethiopia and Indonesia.

The company, however, will not hand over the money directly to the families. Instead, the money will be paid to local governments and non-profit organizations that can help families and communities with education and jobs.

"The families and loved ones of those onboard have our deepest sympathies, and we hope this initial outreach can help bring them comfort," said Dennis Muilenburg, Boeing's chief executive.

Robert Clifford, who represents relatives of those killed in the Ethiopian Airlines crash, said the amount was "a very small number" given "the totality of these losses."

Regulators worldwide grounded Boeing's 737 MAX planes in the wake of the March 2019 Ethiopian Airlines crash, which left 157 people dead. That accident followed a similar Lion Air jet crash in Indonesia last October that killed all 189 people on board.

A problem with the model's anti-stall system is believed to be partly to blame for the disasters.

Boeing is facing dozens of lawsuits from victims' families. Some have refused to agree to a separate settlement with the company.

Last week, the United States Federal Aviation Administration (FAA) identified a new, as yet unresolved, problem with the MAX aircraft.

Boeing was hoping the troubled jet would be back in use by the end of June following encouraging signs from authorities, but the discovery of a new glitch means that a new certification is unlikely before the end of July.

"On the most recent issue, the FAA's process is designed to discover and highlight potential risks. The FAA recently found a potential risk that Boeing must mitigate," the FAA said in the statement.

"The FAA will lift the aircraft's prohibition order when we deem it is safe to do so," it added.

Boeing said it agreed with authorities and would continue to seek a solution.

US planemaker Boeing says it has found a "relatively minor" second software error in its 737 MAX jet. The aircraft's anti-stalling system is already under scrutiny as a possible factor in two deadly crashes. (05.04.2019)

All of Boeing's best-selling planes have now been grounded since the crash of an Ethiopian Airlines flight. Earlier, President Donald Trump announced an emergency order to ban the airliners in US airspace. (14.03.2019)