The aircraft experienced problems shortly after taking off from Orlando International Airport. Boeing is fighting to save the 737 MAX's reputation after two fatal crashes in Ethiopia and Indonesia. 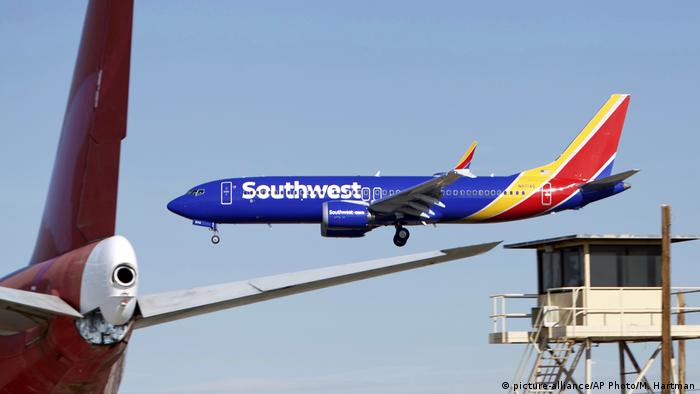 A Boeing 737 MAX was forced to make an emergency landing in Orlando, Florida, on Tuesday after it experienced an engine problem shortly after takeoff, the US Federal Aviation Administration (FAA) said.

The Southwest Airlines aircraft made a safe landing at Orlando International Airport some 10 minutes after taking off from the same airport. No passengers were on board.

Investigators were looking into the incident but ruled out any connection with the 737 MAX's anti-stall system, the FAA said.

Airline regulators around the world grounded the model two weeks ago amid concerns the anti-stall system was behind two recent deadly crashes in Ethiopia and Indonesia.

An Ethiopian Airlines 737 MAX 8 crashed shortly after taking off from Addis Ababa on March 10, killing all 157 people on board.

Four months earlier, the same model operated by Indonesia's Lion Air crashed shortly after taking off from Jakarta, killing all 189 people on board.

Investigators suspect that the MAX's anti-stall system, which automatically points the aircraft's nose down if sensors tell the system that the nose is pointed too high, was involved in both accidents.

Boeing said on Saturday that a software upgrade for the anti-stall system was ready for the FAA to review.

The Southwest Airlines airplane was on its way to a storage facility in Victorville, California. The FAA has allowed airlines to ferry the 737 MAX if there are no passengers on board.

Police said the man stole a small aircraft, flew it over Mississippi and threatened to crash it into a supermarket. He faces charges of grand larceny and terrorist threats.