German carmaker BMW has announced it's planning to acquire a majority stake in its joint venture in China. It's the first foreign auto manufacturer to do so after Beijing loosened its corporate ownership rules. 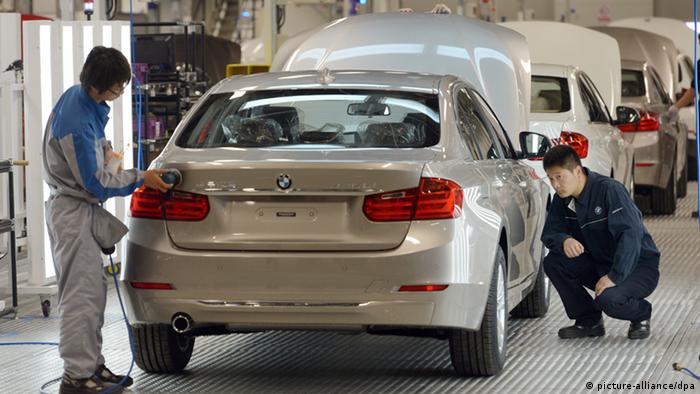 German premium carmaker BMW said on Thursday it planned to acquire a further 25 percent stake in its venture with Brilliance China Automotive for €3.6 billion ($4.2 billion), bringing its total stake to 75 percent.

Foreign carmakers have long been restricted to holding no more than a 50 percent stake in their China operations, but Beijing decided to relax ownership caps this year.

The changes in ownership rules are a boon for foreign automakers who will gain a greater share of control and profits from their China business, hurting prospects for their Chinese partners.

Brilliance China's shares in Hong Kong have taken a dive this year and were suspended from trading on Thursday.

"Our joint venture is the cornerstone of the BMW brand's sustained success in its largest single market," BMW Chairman Harald Krüger said in a statement.

The Munich-based company said it would be focusing even more on the development and production of electric vehicles in China.

The carmaker indicated it would invest €3 billion in a new plant near its Tiexi facility in China to double its capacity on the ground.