Investors have rushed out of BMW shares after reports that at least one of its premium diesel car models exceeds EU emissions levels. BMW has denied it uses deceptive software to manipulate tests, like VW. 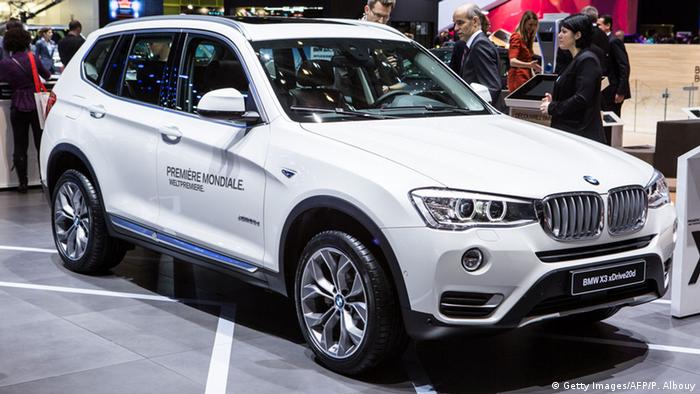 Shares in BMW plunged nearly 10 percent on the Frankfurt stock exchange on Thursday morning, ending down 5.15 percent following a newspaper report that one of its diesel models exceeded EU emission norms. Investors rushed out of the premium German carmaker on fears that BMW might also use deception software to manipulate regular emissions test, similar to the devices that Germany's Volkswagen auto maker admitted to have built into its diesel vehicles.

In the report, a BMW spokesperson is quoted as saying that BMW didn't use "functions to recognize exhaust cycles" and that the car's exhaust system "remains active throughout the entire cycle."

A statement issued after the report said: "The BMW group does not manipulate or rig any emissions tests. We observe the legal requirements in each country and adhere to all local testing requirements."

VW not the only cheater?

On Monday, German carmaker Volkswagen admitted it had been using software in 11 million diesel cars worldwide aimed at deceiving regulators measuring toxic emissions. The software can turn off emissions controls when driving normally and turns them on when the car is undergoing an emissions test. On the road, VW cars were found to be emitting as much as 40 times the level of pollutants allowed under US clean air rules.

Auto Bild presumed that VW was not the only carmaker whose cars produce high levels of nitrogen oxide. "All these data show that the problem is not specific to VW," Peter Mock from ICCT was quoted as saying.