BMW and Daimler, the parent company of Mercedes-Benz, join forces to develop automated driving technology. It is the two German automakers' second collaboration in less than a week. 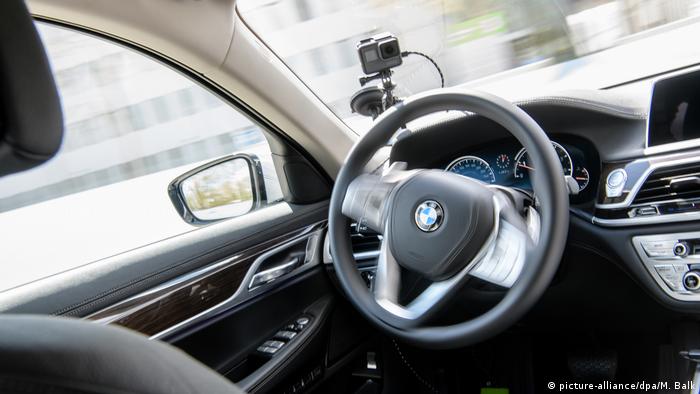 In their latest strategic partnership agreement, BMW and Daimler announced Thursday that they have joined forces to develop automated driving technology.

The German automakers have agreed to a "long-term, strategic cooperation" to more quickly develop advanced driver assistance systems, automated driving on closed spaces and automated parking, they said in a statement. They hope "to make next-level technologies widely available" by 2025.

"Combining the strength of our two companies will boost our innovative strength and speed up the spread of this technology," said Klaus Fröhlich, BMW's head of development.

BMW and Daimler, the parent company of Mercedes-Benz and Smart, have launched multiple collaborative efforts as they try to fend off competition from tech companies like Uber and Waymo. Last week, the two rival auto manufacturers launched a €1 billion ($1.1 billion) joint venture in auto-related digital services such as car-sharing, ride-hailing and ticketless parking.

The collaboration will focus on automated driving technologies associated with what the industry defines as level three and four. Level three refers to technology where the vehicle can detect its surroundings and respond to circumstances, but the driver must be ready to take control at all times. Level four means the vehicle can drive itself but only on certain conditions.

BMW and Daimler said that, for now, they will stop short of level five, where an onboard computer would completely take over driving the car in all circumstances. However, the firms would "discuss the possibility of extending their collaboration to cover higher levels of automation, both on highways and in urban areas."