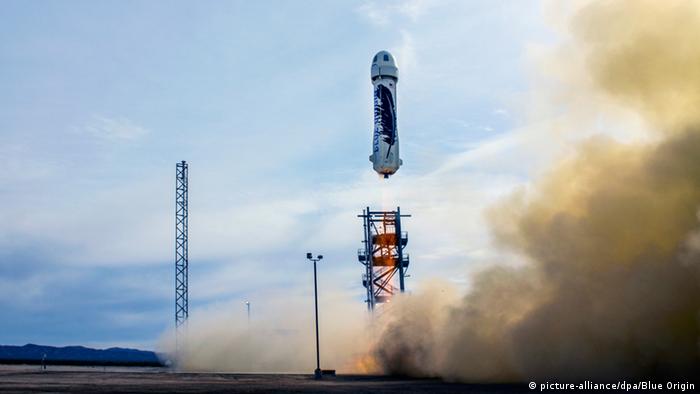 The New Shepard rocket and capsule - designed to carry six passengers - lifted off from a launch site in the US state of Texas at 11:22 a.m. (1722 UTC) Friday and reached 333,582 feet (101.7 kilometers) before successfully landing upright minutes later, the company said in a statement on its website.

It was the second time the company had replicated a launch and vertical landing, demonstrating that its rocket is truly reusable.

Also the founder of the Amazon online shopping website, Bezos has heavily invested in private space travel. For the time being, Blue Origin is launching suborbital rockets which do not have the speed to carry payloads into orbit.

SpaceX - founded by fellow tech billionaire Elon Musk - successfully returned a rocket to a landing pad in Florida in December after it blasted off on a satellite-delivery mission.

But vertical landings present great technical challenges. On Sunday, one of SpaceX's rockets was destroyed after a landing leg gave way during an attempted landing on a platform in the Pacific Ocean. The rocket keeled over and exploded.

SpaceX has completed its primary mission of sending a weather satelitte into orbit. However, the aerospace company failed for the fourth time to land a reusable rocket back on Earth. (18.01.2016)