SpaceX has completed its primary mission of sending a weather satelitte into orbit. However, the aerospace company failed for the fourth time to land a reusable rocket back on Earth. 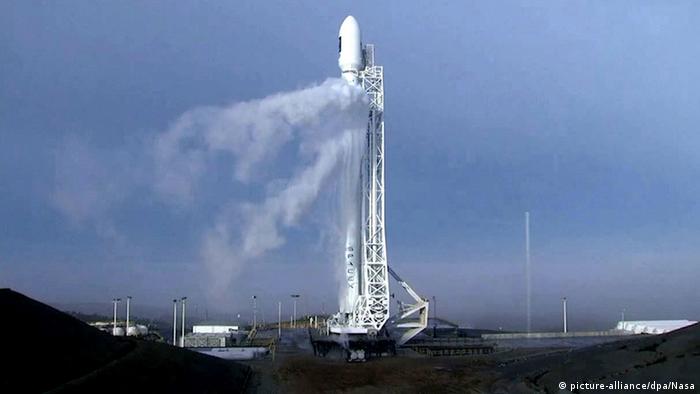 However, the company failed to successfully land its reusable, unmanned Falcon 9 rocket.

SpaceX chief executive Elon Musk, an investor who also owns Tesla Motors, took to Twitter to explain, saying that the rocket landed successfully but one of the legs failed to fully lock and collapsed on impact. The rocket landed a mere 1.3 meters from the center of the platform on the vessel.

Musk then tweeted a photo of the wreckage, adding that "at least the pieces (of the rocket) were bigger this time" The company is the first to attempt such a landing.

Musk tweeted further that he wants SpaceX to perfect ocean landings because they "are need(ed) for high velocity missions."

Currently, components of a rocket are discarded after launch, wasting hundreds of millions of dollars and precious technology. SpaceX wants to change this by landing rockets back on Earth, saving money and technology and revolutionizing the industry.

However, the unsuccessful landing on Sunday makes it the fourth time SpaceX has failed to land a rocket back on Earth. But Musk appeared undaunted, as he said on Twitter that he was "optimistic about (an) upcoming ship landing."

SpaceX was able to land one of its rockets back on Earth in December, proving its mission of revolutionizing space technology.