In the Netherlands, the tradition of Sinterklaas and his assistant, Black Pete, has been part of Dutch tradition for more than 150 years. But now, Black Pete is being seen by some as racist. 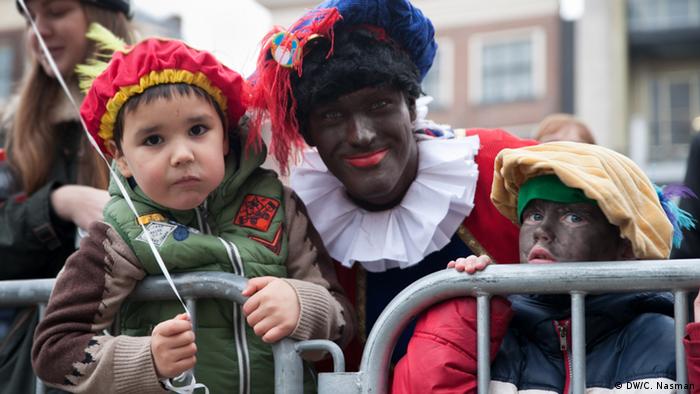 With its cannabis-selling coffee shops and red light districts, the Netherlands is usually described as a tolerant nation. But the country's reputation is being questioned as the world takes a closer look at one of its holiday traditions.

Every November the Netherlands celebrates the arrival of Sinterklaas, the Dutch equivalent of Santa Claus. As legend has it, his ship filled with presents sails from Spain along with his many assistants called "Zwarte Pieten," or Black Petes. And it's their physical appearance that is bringing a wave of controversy to this year's celebrations.

Black Pete has a black painted face, bright red-colored lips and a curly Afro wig. The character, usually portrayed by a white man or woman, has been around since the 1850s and is beloved by children for his gifts, sweets and mischievous antics. But some say that Black Pete is out-dated and could be interpreted as a racist caricature of a black man. The November holiday parade in Amsterdam attracted protesters demanding changes to the character's appearance. 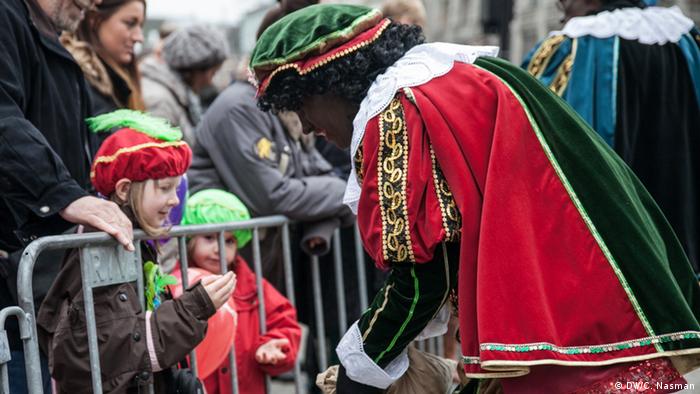 A "Zwarte Piet" hands out ginger spice cookies in Amsterdam

"What's at stake isn't just a children's tradition, what's at stake is our national well-being," said anti-Black Pete activist Quincy Gario, who helped spark the debate in 2011 with his arrest at a holiday parade for wearing a "Zwarte Piet is Racisme" or "Black Pete is Racism" t-shirt.

"We here in the Netherlands have a blind spot towards our colonial history, towards racism, towards structural inequality," he told Deutsche Welle.

Is the Black Pete tradition racist?

Gario, who was born in Curacao, a former Dutch colony, believes he speaks for many other citizens with roots in the former Dutch empire. In fact, Gario unsuccessfully petitioned the city of Amsterdam to halt the Sinterklaas parade, saying it was racist and insulting to the city's darker-skinned citizens.

But the fact is, the majority of the country supports Black Pete. Last month a Facebook petition received two million "likes" - that's in a nation of just under 17 million residents. And a recent poll revealed that more than 90 percent of the country would not change Black Pete's appearance.

Black face but not blackface

"I don't think Zwarte Piet is blackface. But this is very hard to explain because I paint my face black." Those are the words of Erik van Muiswinkel, who has portrayed Black Pete on Dutch national television for 16 years. 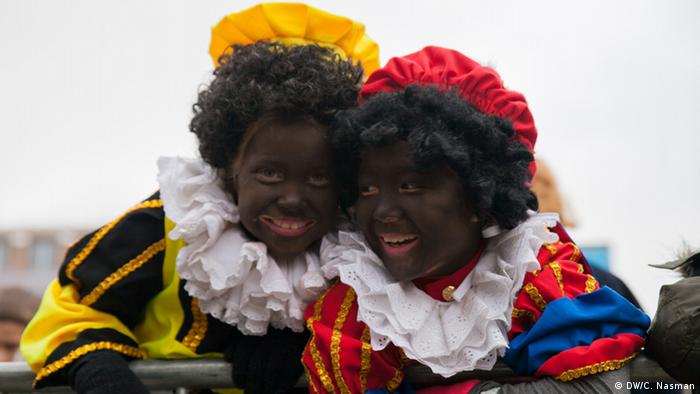 "They want to see the figure of Zwarte Piet changed. Some of them want it right now," he said. "And to them we say, you can't change a very deeply ingrained tradition overnight."

According to van Muiswinkel, the Sinterklaas tradition is one of the few celebrations left in Holland. And the holiday, although similar is many ways to Christmas, is far more popular.

While the debate over Black Pete isn't new, it reached a new level this year on October 22 when a United Nations researcher, Verene Shepherd, denounced the character on Dutch radio, calling Black Pete a "throwback to slavery," saying, "If I were living in The Netherlands, I would object to it." 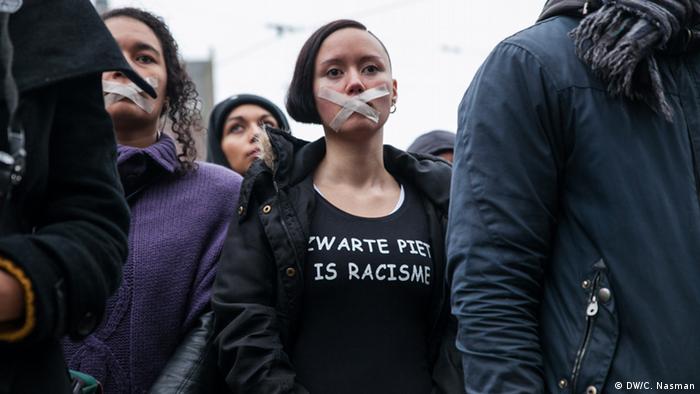 Shepherd chairs the United Nations' Working Group of Experts on People of African Descent, which is in the midst of an official inquiry into the character. Her comments irritated many in the Netherlands who felt she was uninformed and should have held her comments back until the end of the investigation.

"We would have loved to have her here to explain what Sinterklaas is all about," said van Muiswinkel. "There is racism in Holland no doubt - in any country. And if you somehow connect that to Zwarte Piet, well, it's an easy connection. But I don't have the feeling at all that getting rid of him would in any way solve any of our racist issues."

Supporters of Black Pete point out that the figure has evolved since its first depiction in 1851. He no longer carries a switch with which to beat naughty children and he has dropped the Surinamese accent and broken Dutch of the original character. Now Black Petes are seen as invaluable assistants to Sinterklaas, handing out presents and organizing his travels through the country, rather than as servants or evil characters.

But Pete's black face makeup hasn't changed, while the racial make-up of the Dutch population has. In the 1970s and 80s the nation received large waves of immigrants from Suriname and the Dutch Antilles. Now according to its own official statistics, one in ten Dutch residents is of a "non-western foreign background." 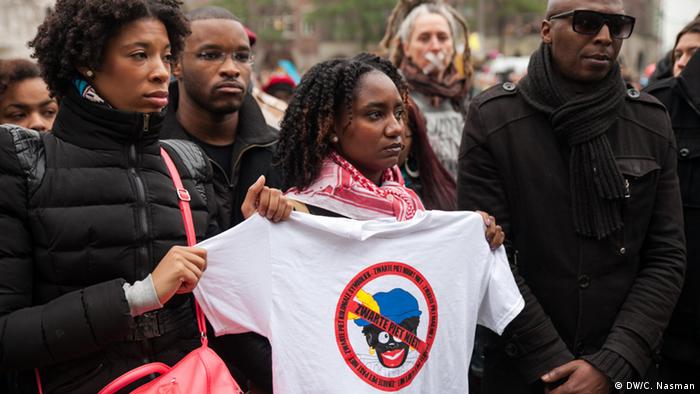 Some in Amsterdam's minority community staged a silent protest at this year’s Sinterklaas parade.

Gario hears stories of children from this community being teased at school. His own mother was even called "Zwarte Piet" while at work. That experience was what turned him from an artist into an activist.

"Whenever I hear that people tell me it's harmless, and that kids love it, I always ask them, which kids? Because we're not talking about the kids who run home after school and try to scrub the skin off their bodies because they're called dirty Black Peter again," said Gario.

Supporters maintain that Black Pete is not intended as a racist character or even as a depiction of a black person. And although many here want to preserve Black Pete, even some of his supporters see the writing on the wall.

"Something has started and it will not go away," said van Muiswinkel. "If part of the Black population in Holland and a growing number of white people feel either really hurt or uncomfortable with it then we have to deal with that and we can't just go and pretend that there is nothing going on."

Harmless Christmas tradition or a a celebration of racism? The black-faced helper of Saint Nikolaus, "Black Pete," has been a subject of debate for years. A UN statement on the subject has stirred up passions once more. (28.10.2013)

While Germany's children are looking into the shoes they put out before going to bed and spent the night hoping to find them filled with candy in the morning, kids in other countries might be scared they'll get the whip. (06.12.2006)