Black Lives Matter in Brazil: A mother fights for justice for her dead son | World| Breaking news and perspectives from around the globe | DW | 07.03.2021

Black Lives Matter in Brazil: A mother fights for justice for her dead son

A Brazilian mother on a mission: After the death of her 5-year-old son, Mirtes Renata de Souza became an activist committed to fighting racism. 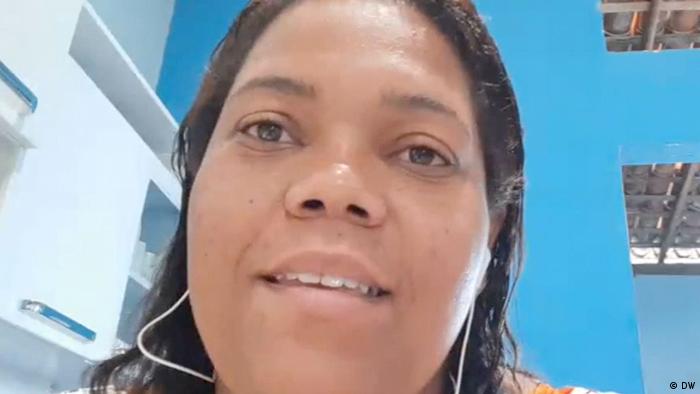 She lights a candle on the second day of each month. Mirtes Renata de Souza, 34, is mourning her son Miguel. Eight months ago, on June 2, 2020, the 5-year-old fell to his death from the ninth floor of a high-rise in the city of Recife, Brazil.

Mirtes Renata, a maid working for a wealthy family, took her son to work that day — she had no one to care for him because of a coronavirus infection. When she went out to walk the dog, she left the child alone with her employer.

The owner didn't bother with the child. Nor did she retrieve him when he left the apartment and got in an elevator to go find his mother. The 5-year-old exited on the ninth floor and ended up in an unsecured part of the building, eventually falling to his death 20 meters (66 feet) below.

The child's story shook Brazil, already reeling from the coronavirus. It also made his mother Mirtes Renata de Souza the face of Black Lives Matter (BLM) in Brazil.

The Black Lives Matter movement that grew relentlessly around the world last year after the death last May of George Floyd in the US. It brought attention to racial discrimination against Blacks in Brazil, too, with media outlets featuring more stories on police violence against Afro-Brazilians as well as their systemic neglect.

"I don't want my son's death to be forgotten. I want justice. No one but I can know the pain that tortures me. It is difficult," Mirtes Renata told DW. She completely ignored her own 34th birthday on February 25, for instance, saying it was meaningless. 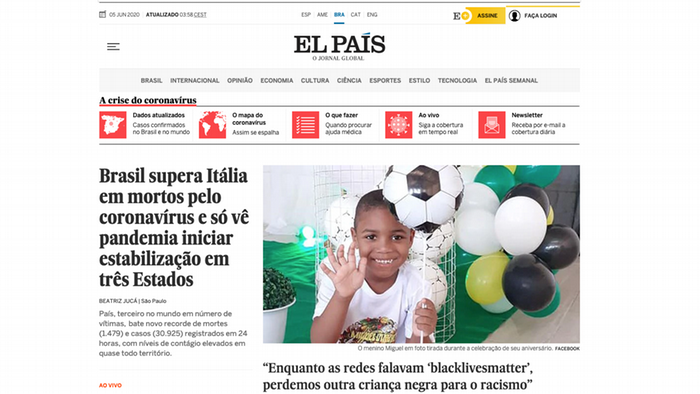 Still, Mirtes Renata fights on. She fights discrimination against domestic workers, who still have to go to work despite the dangers posed by the coronavirus. She is fighting for the rights of children, regardless of social background. And she is fighting a legal battle in court over the tragic death of her son.

The housekeeper from Recife now has more than 30,000 Instagram followers. And an online petition demanding justice for Miguel (#justicapormiguel) has collected some three million signatures.

"Miguel's case exposes the deep racism of Brazilian society," says Deborah Pinho, who coordinates the campaign. "That's why we really want to help organize support for Mirtes and turn up the heat on politicians."

'Lack of supervision with tragic results'

Still, the wheels of justice turn slowly in Brazil. The trial that Brazilian prosecutors had promised to begin in Recife Juvenile Court on June 12, 2020, got no further than an initial hearing on December 3.

The defendant, Mirtes' former employer Sari Mariana Costa Gaspar Corte Real, is currently free on bail. She is accused of failing to supervise "a helpless person resulting in death," a crime that can carry a sentence of up to 12 years in jail according to Brazil's penal code.

Mirtes Renata's lawyer says the freedom to be out on bail is a privilege that highlights the different ways that wealthy and poor are treated in Brazil. "If every defendant who did not pose a public threat had the right to get out on bail, I could understand," says Eliel Silva. "Unfortunately, the only ones who usually profit from the rule are the ones with economic power."

Expert there to prove innocence

The lawyer is also annoyed with the expert opinion brought in by the defense team, which the defense is using to sow doubt about the crime of failing to supervise the helpless child. The report's author argues that in order for the defendant to be guilty, she would have to have been aware of all the possible dangerous consequences of her actions, and that, the expert claims, was not the case.

Mirtes Renata doesn't want revenge but justice. She is certain that her son's death could have been prevented. Her employer had promised to keep an eye on Miguel. "But when my son went looking for me and ran to the elevator she didn't go get him. She could have taken his hand and brought him back to the apartment. Or she could have called me. If she had just done one of those two things my son would be here right now."

She fights back her tears. Life as an activist is new to her. "Women's rights and racism are new topics for me, I never really dealt with them before," she says.

That has changed. Meanwhile, she works for the non-governmental organization Curumim, which fights for women's rights and against racism. Moreover, she is studying law. Her mission: "No one should experience the injustice that I have."