In the first of a series profiling black businesspeople in Berlin, DW talks to Sannssi Cissé, a German Guinean whose work tries to develop entrepreneurship and startups in Africa. 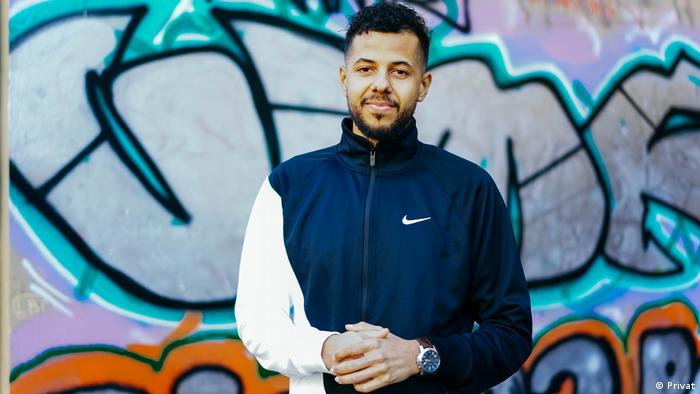 Sannssi Cissé was born in Frankfurt and raised in Berlin, but he knew from his earliest steps in business that his work would eventually pivot him toward Africa.

Cissé, 27, works as the head of collaboration at GreenTec Capital Africa Foundation, a nonprofit organization promoting investment in African entrepreneurship. Previously he worked with the German-African Business Association, the foreign trade association representing German companies and institutions in Africa.

He also set up a company of his own in recent months called Motivation Bros, which he hopes to grow into an organization that helps young people of color living in Germany learn the tools to make the best of their lives both personally and professionally.

For the first of a series profiling black entrepreneurs in Berlin, Cissé spoke about growing up as a young black person in Germany and how his experiences in business, both positive and negative, have been shaped by his background.

DW: Tell us about your personal background.

Sannssi Cissé: I'm 27 years old and I grew up in Berlin. My father is from Guinea and that obviously gives me my African heritage and descent. My mom is German. I am Afro-German. I have Afro-German heritage but I was born in Frankfurt and then as a child we moved to Berlin. I am German-Guinean. I studied international business as so many did and I decided at some point that I wanted to do something with my African continent so that was an early and clear idea for me. My dad was also self-employed so we always had this idea about being entrepreneurs. It was an inception that was given to me when I was very young.

So your father came from Guinea in the 1980s?

Yes, he emigrated from Guinea to Germany in the 1980s. Typical story. Young man, wants to explore the world and also find the best opportunities for him and his family. He wanted to study specifically in Germany, even though it would have made sense to go to France as Guinea is a Francophone country. He had a passion for Germany so he came here for studies and then he met my mom and then he stayed here. Now he has spent most of his life in Germany.

Has he spoken to you much about the challenges he faced as a black man living in Germany in the 1980s?

Definitely. Even when I was a child, I could feel the challenges. Finding a job as a black man back then was harder. Even today its harder to find a job if you are black. But back then it was way harder. Also, studying at university, you were somehow a misfit or an outcast being black. That is something he told me and something that I experienced as a child. There were some specific things and behaviors I saw my dad face. There were challenges, definitely.

Now several decades on, his son is trying to make his way in business in Germany. How different do you think things are for you?

For me, I like to focus very often on the good things. I love the connection I have to Africa and especially to Guinea, which has helped me personally also to grow my career. As I got to understand a German context but also the context in many African countries, which made it easier for me to integrate into the German-African business association and to be more relevant there. 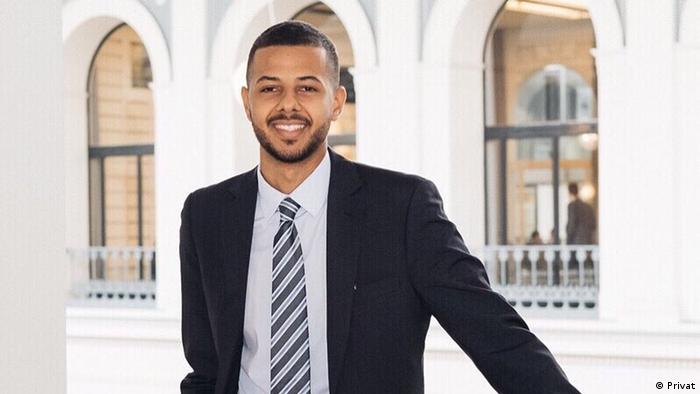 Sannssi Cissé is the head of Collaboration at GreenTec Capital Africa Foundation.

On the negative side, of course, people have a certain picture in mind when they see someone. If you look at Germany or in general, a western landscape, people of color are portrayed in clichéd ways. Before you even get to speak, people have a cliché in the back of their mind which you have to prove wrong before people listen to what you have to say.

Things like overt racism as well, which is not that common anymore. But it is a challenge trying to make your way so you try to be as correct as possible so that you don't fall into the categories perpetuated in the media.

You mention a distinction between overt racism and then subtler forms of discrimination?

It's very subtle. But let's say the combined experiences of many people, where its rarely overt, but if you talk to the organizations which deal with the topic of structural racism, such as Each One Teach One, they will tell you that all people talk about a similar feeling, that somehow you get the feeling that it's not your place to be there.

For me, I am quite privileged as I was born here, I understand everything properly. I understand the social context of what people mean with what, also the language. I have the tools to defend myself. But even for people like me, there are challenges.

Are black people represented in the German business world?

Germany has probably a bigger population of black people than people think. There is a very good initiative by Each One Teach One called the Afrocensus. They want to collate data on black people in Germany. I know many black entrepreneurs. But if I look at my own experience. I grew up in an B.PoC (Black, People of Color) community myself and making the step from high school to university, all of sudden you find yourself as the only black person.

Maybe there are one or two others at university. But then when I went to work it was even more obvious. I was now the only one. I don't think that this represents the percentage of black people living in Germany, but it is my personal experience. And it does fit the experience I have that it is more challenging to get to these positions for black people.

That's why I founded Motivation Bros. It is about empowering the B.PoC community. That's my approach: Inspire them, empower them and also equip them with the tools because that is so often lacking. Because even with representation, you see nice pictures of people who achieved so much in their life. But if you don't tell people the tools in order to get there, then you will just be frustrated because you see other people doing it but you cannot do it. And, if you don't also talk about the other challenges, then it will just frustrate people.

How important is this issue of self-image for young black people?

In media representations, either you don't see yourself or you see yourself in bad positions. First this is bad because then people in society think of you as someone who doesn't add value to society. That you're not smart. But what also happens and that is even more dangerous from my perspective, it becomes part of your self-image.

So if you do not pay a lot of attention, you might accept the image. Because everyone gives you that feedback: This is you. That is why personal development is important. Not as the only solution. Because part of the solution is also that society changes. But it is so important to protect yourself against those images. And to know that even though it can take effort and time and be more challenging, that there is an opportunity to do that. 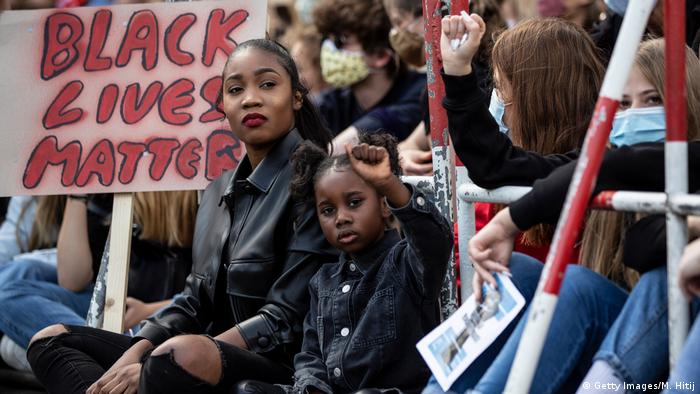 People sit in silence for eight minutes and 46 seconds in tribute to George Floyd during a protest against racism and police brutality on June 06, 2020 in Berlin, Germany

How do you think the outcry over the killing of George Floyd in the US will impact German society?

There is definitely a chance for an awakening. There was even an awakening for myself. In the sense that people start acknowledging that there are challenges and that there is structural racism in Germany. It's good to show solidarity with people in the US. But that is only one step. Let's look at our own community and our own society. Racism, what kind of role does it play? That can be an awakening, I think for everyone. I hope the topic stays relevant and is not just hype for people who don't need to deal with it in their everyday lives.

This interview was conducted by Arthur Sullivan on Tuesday, June 9, and was edited and condensed for clarity.