Organic food has long been popular among Germans, but while such products have been sold in small stores so far, supermarket-style venues focusing exclusively on so-called "bio food" are becoming more prevalent. 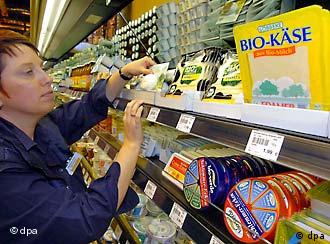 Germany is a country of discount supermarkets: Chains such as Aldi, Lidl or Plus attract customers who want as much as possible for as little as possible. But more and more discerning customers are turning away from such thinking and instead are looking for organic quality.

Stores with names such as "Basic," "Eat organic" and "Supernatural" are sprouting up across Germany to fill the niche. While at first sight they look like regular supermarkets, they're actually quite different: The design's a little more tasteful, shop assistants seem friendlier and the tomatoes appear a touch juicier than in other places. 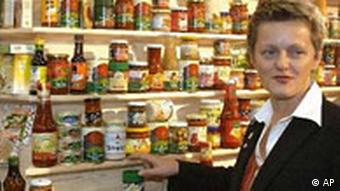 "I can still ask them about something and they'll be able to give me expert advice," he said. 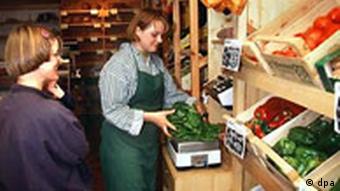 For years, many Germans associated dried-up carrots and canvas shopping bags with organic food stores. Most people avoided such shops because they were considered more expensive than the regular supermarkets. They derided organic food lovers, who bought their tofu and musli in health food stores.

That's changed, according to Spahn.

"There's much fewer classic organic food buyers than before," he said, adding that stores have also shifted from an orientation towards families to a more hedonistic audience.

Just like their customers, health food stores have also changed appearance. The stores are larger now and more of them -- more than 200 now exist nation-wide. They lure customers by saying that they sell products for less than other organic stores and seem to be successful with this strategy.

According to Spahn, about one fifth of revenues in the organic food sector now comes from "bio supermarkets," and the consultant said he believes this trend will continue. Spahn expects revenues from organic supermarkets to double in the coming years. 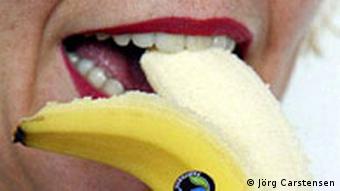 Some regular German supermarkets have also started selling organic foods, such as bananas.

Others said health food supermarkets are also more in line with lifestyle trends. Andrew Murphy, the chief executive of Supernatural, a chain that runs five organic supermarkets in Germany's Rhineland region, said the demand remains greater than what's on offer.

"People are sick and tired of eating products that taste like baby food," he said.

"During the last couple of years, people have been told that 'stinginess is cool,'" Murphy added, referring to the popular advertising slogan of an German electronics supermarket. "For us it's good tasting products that are cool."

A US business magazine telling Americans to “Buy German?” This strange but true Forbes headline recently highlighted one of the biggest German success stories in America: Trader Joe’s. (Jan. 16, 2004)