Bill and Melinda Gates divorce could jeopardize billions in charity | Business| Economy and finance news from a German perspective | DW | 05.05.2021

Bill and Melinda Gates divorce could jeopardize billions in charity

Bill and Melinda Gates have pledged to continue their philanthropic work together despite their divorce. Some experts, however, say that might prove to be easier said than done. 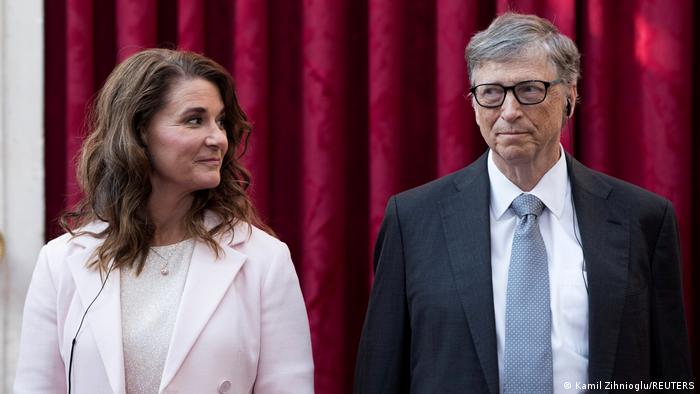 The Bill and Melinda Gates Foundation works in areas including malaria and polio eradication, child nutrition and vaccines

Billionaire benefactors Bill and Melinda Gates have said they would be splitting up after 27 years of marriage, raising concerns around the future of one of the biggest and most influential charity organizations in the world.

The couple — with a combined wealth in excess of $130 billion (€108 billion) — have been among the most bighearted philanthropists over the past few decades, gifting more than $36 billion to the nonprofit Bill & Melinda Gates Foundation since its launch in 2000.

More than 20 years later, their foundation ranks as the largest private philanthropic foundation in the United States and one of the world's biggest with an endowment of nearly $50 billion. The charity organization has spent around $55 billion over the past two decades in areas including malaria and polio eradication, child nutrition and vaccines in 135 countries. The foundation last year committed some $1.75 billion to COVID-19 relief.

The Gates have pledged to continue their philanthropic work together, saying they "continue to share a belief in that mission." The Gates Foundation said the couple would remain as co-chairs and trustees of the organization.

However, some experts say the couple's divorce could create new questions about their wealth, most of which has yet to be donated to their foundation. In 2010, the couple publicly committed to giving the majority of their wealth to philanthropy as part of The Giving Pledge, which the two created along with investor and philanthropist Warren Buffett to encourage billionaires to pledge a bulk of their wealth to charity.

"The divorce of the most important and consequential couple in philanthropy raises all kinds of questions about the future of @gatesfoundation, and even the future of philanthropy," political scientist Rob Reich said on Twitter.

The Stanford University professor said he hoped the foundation would in the near future issue a statement on the implications of the divorce.

Anand Giridharadas, author of the book "Winners Take All: The Elite Charade of Changing the World," said the Gates divorce could have major ripple effects on the couple's humanitarian projects around the world, given the influence their foundation enjoys globally.

"The Gates divorce will do more than upend a family's life. It will ramify into the worlds of business, education, public health, civil society, philanthropy, and beyond," Giridharadas, a critic of billionaire philanthropists, told Reuters.

"That is because our society has made the colossal error of allowing wealth to purchase the chance to make quasi-governmental decisions as a private citizen," he said.

Monica Mazzei, a divorce attorney and a partner at Sideman & Bancroft LLP in San Francisco, said a lot of the foundation's future would depend on to what extent the Gates plan on working together going forward.

"Even in the most amicable divorces I've seen, the preference has been to split the foundation in two so that there's more autonomy and less intermingling," she was quoted by Bloomberg as saying. "The same principle applies to family offices, where the investments could be divvied up into two separate pots."

The Gates filed for divorce in King County Superior Court in Seattle. Their divorce petition called on the court to dissolve their marriage and divide their joint assets and liabilities in accordance with a separation agreement they have reached. The terms of the separation agreement remain unclear.

Amazon CEO and the world's richest person, Jeff Bezos, and MacKenzie Scott finalized their divorce in 2019. Scott received a 4% stake in Amazon, worth more than $36 billion, as part of the split, making her one of the richest people in the world. Scott has since remarried and now focuses on her own philanthropy.

Bloomberg reported that it would be a bigger challenge dividing the Gates fortune than splitting the wealth of Bezos, which was largely concentrated in Amazon stock.

Gates' stake in software maker Microsoft, which he co-founded in 1975, now makes up less than 20% of his total assets, the news outlet reported. Gates, who is among the world's top five richest individuals, has transferred much of his stake in the company to the Bill & Melinda Gates Foundation over the years.

Gates' biggest asset is Cascade Investment, through which he has interests in real estate, energy and hospitality as well as stakes in dozens of public companies, Bloomberg said.

The law in the state of Washington, where the couple lives, presumes that most property acquired during a marriage belongs jointly to both partners and is divided equally in a divorce.

With contributions from Reuters and AFP news agencies

Poor but sexy? Not anymore. NGOs follow the money — and many are headed to Berlin. But that's not the only reason why many international foundations like George Soros' OSF are setting up shop in the German capital.