Neera Tanden ran into stiff opposition over controversial tweets that upset lawmakers. It is the first Capitol Hill rebuff of one of President Joe Biden's nominees. 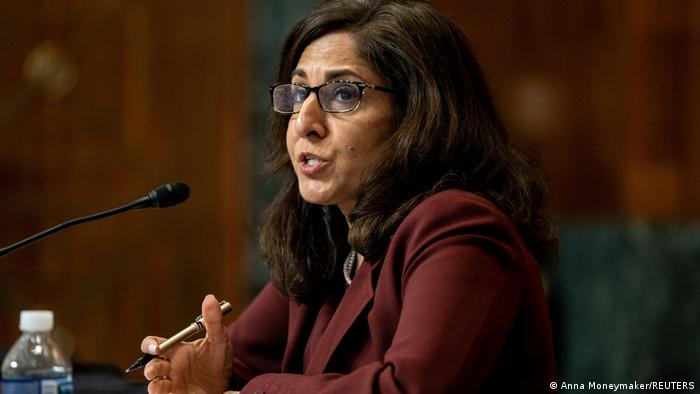 US President Joe Biden said on Tuesday that his nominee for the head of the Office of Management and Budget, Neera Tanden, had withdrawn her nomination.

The Office of Management and Budget administers the federal budget.

Biden said that he would have Tanden serve in another capacity in his administration, without divulging further details. "Unfortunately, it now seems clear that there is no path forward to gain confirmation, and I do not want continued consideration of my nomination to be a distraction from your other priorities,'' Tanden wrote in a letter to Biden.

Tanden is the first nominee to withdraw from consideration for a top administration post under the Biden presidency. Eleven of 23 Cabinet nominees of Biden have been confirmed till now.

"I have the utmost respect for her record of accomplishment, her experience and her counsel, and I look forward to having her serve in a role in my Administration. She will bring valuable perspective and insight to our work," the president said.

Tanden withdrew her nomination after several Republican senators, along with at least one Democratic senator, had turned her candidacy down over statements she had previously made about some politicians on Twitter.

"Her overtly partisan statements will have a toxic and detrimental impact on the important working relationship between members of the Congress and the next director of the Office of Management and Budget," Joe Manchin, a Democratic senator had said last month. Manchin's support was important to get Tanden's nomination passed in an evenly-divided Senate.

The tweets were brought up in Tanden's confirmation hearing, during which she apologized to people "on either the left or right" who were hurt by what she said. She deleted the tweets right before the hearing.

The Biden administration had continued to back Tanden despite the opposition, stressing that her work as president of the Center for American Progress made her the ideal candidate for the role. Several politicians also came out in support of Tanden then and now, citing racism and sexism as factors for attacking her.

Biden will now have to scout for a replacement for Tanden. One of the top runners for the post is Shalanda Young, a former staff director for the House Appropriations Committee, along with Ann O'Leary, the former chief of staff for Gavin Newsom, the governor of California.

Merrick Garland had previously been nominated by Barack Obama to the Supreme Court, but his appointment was blocked by Senate Republicans.

Joe Biden to nominate Antony Blinken as secretary of state

Joe Biden has chosen Obama administration veteran Antony Blinken for the top foreign policy job in the US. Blinken faces the tough task of rebuilding global relationships and repairing a broken State Department.