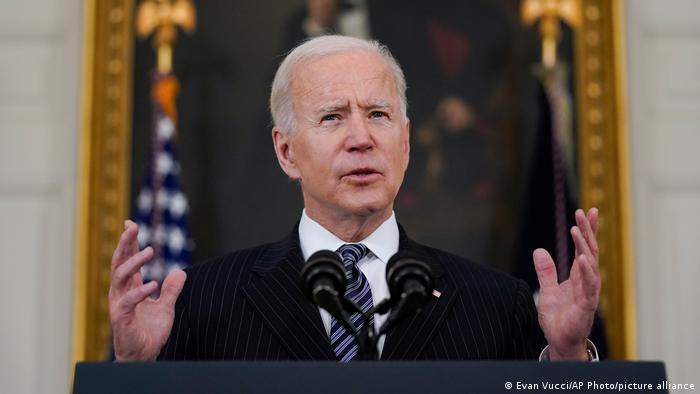 US President Joe Biden signed an executive order on Tuesday to increase the minimum wage to $15 (€12.41) per hour for federal contract workers, boosting pay for hundreds of thousands of workers.

"This executive order will promote economy and efficiency in federal contracting, providing value for taxpayers by enhancing worker productivity and generating higher-quality work by boosting workers' health, morale, and effort," said the White House in a statement.

It is a near 37% increase in hourly pay from the current minimum, though the increase would gradually take place. The executive order will require federal agencies to include the pay increase in new contract solicitations by January 30, 2022. The base wage will be in new contracts two months later.

The pay increase covers workers including janitors and maintenance workers, as well as tipped workers such as seasonal recreational workers and shuttle bus drivers. But tipped employees' minimum wage would be replaced by the standard minimum by 2024.

The executive order also includes federal contractors with disabilities. The liberal Economic Policy Institute estimated that as many as 390,000 contractors would receive a raise.

Biden called for $15 per hour minimum wage for all workers nationwide during his 2020 presidential campaign. He attempted to push the idea through in the $1.9 trillion COVID-19 relief bill in March, but it was scrapped by Congress.

The US federal non-tipped minimum wage has remained at $7.25 per hour since July 2009. Tipped employees' minimum wage is $2.13 per hour, but employers must make up the difference if the tips they receive do not match non-tipped benchmark. Opinion polls show most Americans support an increase in federal minimum wages.

"Change is possible. We urge Congress to follow President Biden's courageous leadership and make sure all workers – not just federally contracted workers – are given the same opportunity to thrive by passing the Raise the Wage Act," said Saru Jayaraman, president of One Fair Wage, a national nonprofit that advocates for tipped workers.