The winners of the 2005 Deutsche Welle International Weblog Awards couldn't be any more diverse. They include freedom of expression activists, blog illustrators, podcast pirates and an overweight woman. 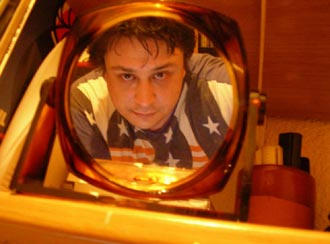 Hernán Casciari's family is reflected in his fictional blog

Mira Bertotti is a warm, fun-loving 52-year-old Argentinean housewife and the quick-witted center of her family. When she's not in the kitchen, odds are she can be found at the computer, updating her Weblog. A large dose of humor goes into most of the comments that focus on her family members' escapades and idiosyncrasies. Hosted by mujer gorda (fat woman), massive numbers of fans follow Mirta's Weblog.

As authentic as Mirta's life seems to all her readers, she and her family sprung from the imagination of the Argentinean author and journalist Hernán Casciari, though he has admitted that his own mother inspired many of Mirta Bertotti's characteristics

Though Casciari's mother isn't so happy about the domain name, one of her sayings, Más respeto, que soy tu madre (A Little Respect, I'm Your Mother), did become the title of the blog that received the Deutsche Welle's Best of the Blogs jury's award for Best Weblog.

"The successful mix of telenovela and comedy is what convinced the international 12-member jury," said Guido Baumhauer, editor in chief of DW-WORLD.DE, the Deutsche Welle's Internet presence.

"I'm longingly waiting for people to recognize the creative power of Weblogs to form something new," said Casciari, who will be able to think up the Bertotti family's next encounters with the help of the BOBs grand prize Apple notebook. "Unfortunately, there is still a widespread preoccupation with the self, as about 80 percent of bloggers are currently writing about themselves or other bloggers."

There were over 2,500 blogs in total entered in the competition's nine languages of Arabic, Chinese, French, English, German, Persian, Portuguese, Russian and Spanish. More than 100,000 ballots were cast from around the globe in the online voting, doubling what was achieved by the 2004 awards, according to Baumhauer.

"This year the Deutsche Welle Weblog Awards have established themselves as the top-shelf international blog contest," he added.

The Portuguese blog Tupiniquim won the User Prize in the Best Weblog category. The creators of this blog focus their energies on raising awareness of indigenous peoples in the Brazilian media. In addition to providing readers with information and links where they can find valuable information, Tupiniquim also contributes original reporting that gives a voice to Brazil's seldom heard indigenous population.

The jury prize for 2005's best English-language journalistic Weblog went to Global Voices. The collaborative, international blog distributes an array of original commentary, news, information and culture from every corner of the wired world to readers looking for more than what they receive from the mainstream media. 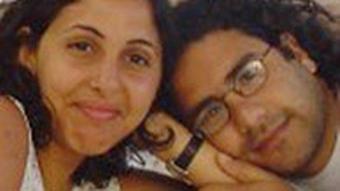 In the Best Multimedia Blog category the jury favored the French Weblog Blog à la ciboulette (blog with chives). The Chinese podcast Antiwave won the award for Best Podcasting Site. The special award from Reporters Without Borders went to the Egyptian blog Manal and Alaa’s Bit Bucket. This honor was given out in cooperation with the human rights organization for Weblogs that promote freedom of expression.

"Blogs like 'Bit Bucket' and 'Wang Yi's Microphone' remind us that typing can be a radical act," said Lisa Stone, the English-language judge, referring to two of the nominees in the Reporters Without Borders category. "If you're a blogger and you live in a society that doesn't protect your right of free speech, as these bloggers do, I hope our action encourages you to continue to get your word out."

Platform for the international blogosphere

The contest's international character is what can help bloggers form an international community, according to Iranian jury member Hossein "Hoder" Derakhshan.

"It is very important that the different Weblog scenes have the chance to become aware of each other," he said. "That way we can learn from each other and exchange ideas, topics and talk about trends."

The Best of the Blogs

Homepage for the Deutsche Welle's international Weblog and podcast awards