Bertelsmann Admits to Nazi Past 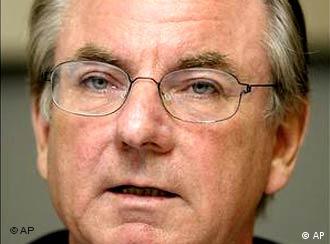 Bertelsmann, the international media and publishing giant, has become the latest in a line of German companies to admit having connections to Hitler’s Third Reich during World War II.

On Monday the company was forced to face up to its wartime past after revelations surrounding the publisher’s activities surfaced in a 794-page report by the Independent Historical Commission (IHC), which had been called upon to investigate the company’s link to the Nazis. The IHC's investigation uncovered contradictions in the company's version of its wartime activities, as well as some unknown details that have now been exposed.

The Commission's investigations showed that Bertelsmann did not resist Hitler and the Third Reich as previously reported by the company in its corporate reports, but instead thrived during World War II by producing anti-Semitic material and Nazi propaganda.

According to the IHC report, the traditional family-run publishing house was motivated by financial profits to take on several printing contracts given by the Nazi government. Within just a few years, Bertelsmann grew to become the largest book producer for the German army during the war, publishing some 19 million editions. Most of the publications were brochures and pamphlets intended to strengthen the morale and courage of soldiers on the front, but many of the works also contained extreme derogatory texts about foreigners and Jews.

In addition, the IHC study reveals that although Bertelsmann itself was not directly involved in employing Nazi Slave labourers, several of the company’s printing houses in Vilnius, Lithuania, relied on cheap Jewish labourers from the local ghetto to run their presses. The Commission also adds that it is very likely that Nazi slave labourers were used in associated printing houses in Riga, Latvia.

End of a company legend

Until the Historical Commission began investigating the company’s history in the late 1990s, Bertelsmann had always maintained its historically active role in the Nazi resistance.

From 1945 on, the Christian-based company claimed it had been shut down by the Nazis for anti-government tendencies. But the Commission’s report indicates that this was a mere "legend" that had been invented by the company in order to receive a publishing license from the occupying forces as quickly as possible. In reality, Bertelsmann was closed in 1944 because it was found guilty of hoarding paper and could no longer turn a good profit.

"Bertelsmann AG unreservedly accepts the Independent Historical Commission's report as the official record of the company's history during the Third Reich," said Bertelsmann's Chief Operating Officer Günter Thielen in an official statement on the company's web site. "I would like to express our sincere regret for the inaccuracies the Commission has uncovered in our previous corporate history of the World War II era, as well as for the wartime activities that have been brought to light," Thielen said.

The Independent Historical Commission, a group of four scholars, headed by University of California historian Saul Friedlander, worked on the report for over three years, painstakingly researching and documenting the company’s history under the Nazi regime. The Commission was called upon by Bertelsmann to investigate the company’s wartime era history following the publication of an article entitled "Bertelsmann's Nazi Past" which appeared in The Nation magazine in December 1998.

Throughout the investigation, the scholars had full access to the Bertelsmann company archives as well as contact to historical witnesses such as Reinhard Mohn, the son of Heinrich Mohn, the company’s director during the Third Reich.

Referring to the IHC's investigation, Thielen said, "This experience has reinforced for us why historical accuracy and transparency must be an integral part of our company’s core values, and we hope to serve as an example to other companies about the importance of this."

"This has also shown us how, as one of the largest media companies in the world, we have a special responsibility to promote openness and public debate on these issues," he added. 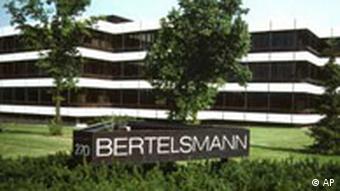 The Bertelsmann headquarters in Gütersloh, Germany, will be home to the Commission's evidence.

As a result of the IHC’s findings, Thielen said that Bertelsmann will now open an interim corporate archive on October 8th where the complete archives of the company's corporate history will be open to the public.

The archive will be managed by a team of professional historians until March 31st, 2003 when the archives will be transferred to the Bertelsmann Foundation headquarters in Gütersloh, where they will remain available to the public.

Thomas Middelhoff’s successor at Bertelsmann is a loyal company man who enjoys the type of trust from the influential Mohn family Middelhoff never did.