Berliners go down as being too tight to tip 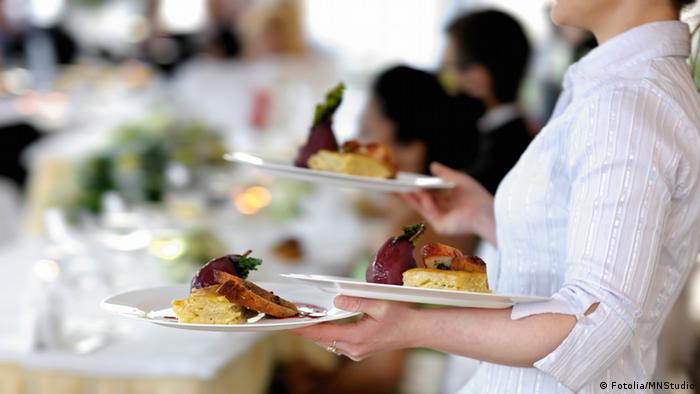 "Ten-percent tips are illusionary in this city," a waiter at my local café told me recently. "If you want that kind of money, you have to get a job in Munich or Hamburg."

I always used to round up to three anyway, but since the new price removed the scope to do so, I wasn't sure how much to give. I could have gone up to four - although a euro tip seemed like a lot for a takeout drink - or I could do the Berlin thing and tack a small and random amount onto the price, thereby creating a wholly unrounded sum.

Dilemmas, dilemmas… To solve this one, I asked the waiter whether, in his experience, it was customary for people to tip him for an over-the-counter drink. "Not in Berlin, it's not," was the first bar of his reply. "But I do," he added hastily. "I tip everyone, even in a kebab shop. It's good karma."

That being the case, the findings of my research into the issue would suggest that Berliners don't care much for karmic retribution. The waiter, it turns out, is by no means the only one who thinks Berliners are a tight-fisted bunch. A supermarket delivery man told me his wages amount to a pittance, in part because his employer works on the basis that he will be given tips on top.

"We get an average of about two euros an hour before tips," he told me. Two euros! That is not only well below the national average, and one excellent reason for a mandatory minimum wage, but displays great audacity on the part of the supermarket, which stings customers with a delivery fee of between five and six euros. And because of that charge, many shoppers think they have already paid a tip, or at least have already paid enough.

Can they be blamed for thinking that? After all, postmen and parcel delivery services don't get tipped. I have that from the horse's mouth. There was a time as recently as 10 years ago, one postman told me, when a few coppers were commonly handed out by means of thanking the postie for climbing the stairs, packages in hand. "These days we're lucky if we get 50 cents a week," he said.

In the age of Amazon and Internet shopping, that hardly seems right. But tipping is a funny game, with its own set of rules that seem to be country-, and in the case of Germany, city-specific. So what is it about Berlin that is so synonymous with tight-fistedness?

Berlin is for artists, not tippers 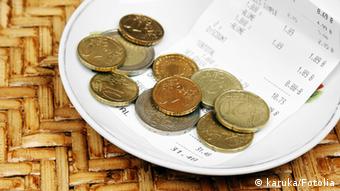 In Germany, it's common to round up the bill

That is not to say there is no money in Berlin. There is. And conversely much of it these days appears to be concentrated in the over-gentrified district of Prenzlauerberg, which is probably also one of the most café-dense areas in the city. Perhaps tipping trends will be upended right there, or perhaps the willing tippers will learn to toe the local line.

And on some level that might even be a good thing. I remember many years ago, when I lived in Bavaria, that a friend of mine lost his wallet. Not long after, a young man appeared at his door clutching the missing object and offering it back for a tip of 10 percent of whatever was inside.

Here in Berlin, it is a different story, and I know that because one member of my family is very good at losing his wallet. It has been found by many people in many parts of the city, and has always been returned without so much as a mention of a finder's fee.

Once a get-together for alternative fashionistas, Berlin Fashion Week is putting on the glamour. DW's Michael Scaturro says it's lost much of its creative charm. (21.01.2013)

Anyone can be a culture critic

We're well accustomed to checking out customer reviews when it comes to choosing a restaurant or making a purchase. But what about the tricky issue of deciding what to do on a Friday night? (14.01.2013)